Some gentle advice, if we may... 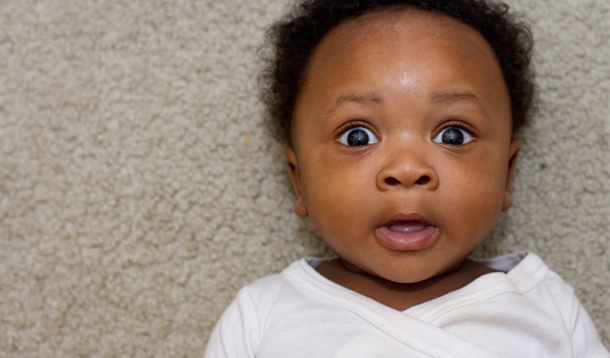 Parenting a child is a daunting task. No matter whether you give birth, adopt, find one in some reeds somewhere, or otherwise legally procure a infant human being, taking on the responsibility of parenthood is not for the weak. Not only are you responsible for raising a person who other persons can tolerate, but you are also in charge of giving this person their first identity marker: their name.

So many factors are involved when choosing a name for your child. There are cultural influences to be honoured, family expectations, your last name, how many drugs were taken in labour... Some parents want to be creative, and there's no fault in that. In today's digitally connected world where everyone has an avatar and screen name, no one wants to be a John or Jane.

Well, duck your heads friends, because the pendulum is swinging. There is a huge upswing in unusual baby names, and it seems we've moved away from produce (Kale, Apple) and onto children - actual live human babies - being named for their parents' favourite Instagram filters. Not only can you take a picture of your newborn baby and apply a specific filter, people are now naming their brand product - sorry, babies - after filters like Lux and Amaro. I'm just going to thank god my parents weren't hipsters in the age of the Polaroid.

My teenage daughter is also breathing a sigh of relief; she's relieved she was born in 1999, before the integration of Instagram into our daily lives, lest she be named after a filter or effect. She rather suits the name I chose for her, and it's difficult to even think we narrowly missed naming her for something that essentially means "looks like a jar of cloudy urine,"  or "appears to have been taken from a dirty bird cage."

Also, labour is painful and long. I've been there. So, if like me, all you wanted after hours of pain was a sandwich and a nap, please sleep the drugs off before choosing a name for your child. Allow me to introduce my second child, "Spiced Turkey on Rye I Need to Pee."

There is only one hard and fast rule when naming your children: BE KIND.

When you first meet your child, look deep into their eyes. Think about how this child will one day become an adult - an adult who will continually need to spell the name of obsolete pieces of farm machinery to baristas for the rest of their lives. I know of what I speak; my name is Jennifer, and it's only the most popular girls name since biblical Mary, and I've heard rumours that even Mary was called "Jen" by Joseph's close family. There were five Jennifers in my third grade class, and so we were assigned numbers like some sort of cattle grouping. At several points in my life I've dreamed of having a name like a constellation or a feeling. But then my parents added a twist. I'd be "Jenny" for short. But they didn't spell it "Jenny" or "Jennie" or even "Jenni." Nope. I was "Jeni," and I am forevermore stuck telling people, "No. One 'n.' And one 'i.' No 'y,' and, yes...ONE 'N' JESUS CHRIST, JUST CALL ME SUSAN."

So go ahead - be creative! Just remember this: you're already going to pass things on to your kids like your larger than average nose, your tendency to interrupt people in conversation, or your genetic disposition for alcoholism.

Why make it worse for them when they have to stand up in front of a group of people in a church basement to say, "Hi. My name is Patronus Construction Cone, and my parents are assholes"?

Category:
Life - In The News
Tags:
baby naming
choosing a name for your child
rules for picking names
people are naming their kids after Instagram filters