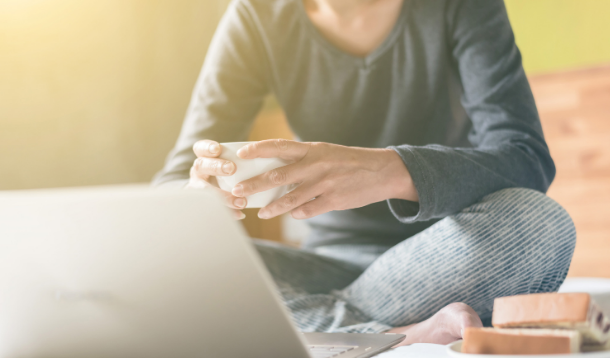 Now every day is casual Friday and putting on jeans (that used to be dressy casual but now have slime-green finger-paint on them) no longer gives me the frisson of pleasure it used to. Unfortunately, my family roundly rejected the idea of having Tuxedo Tuesday and Wetsuit Wednesday to mix things up. Fedora Friday got some traction, but then came the great lice scare of 2020, so now I have to settle for Stained-Shirt Sunday.

The game of whodunnit trying to figure out who could have possibly stolen my lunch.

Now it’s always the same perps, so it’s less like a game of Clue and more like a game of hide and seek meets the floor is lava in which I try to find a spot in the back of the fridge without spilled applesauce where I can hide the leftover pizza that I’ve been hoarding from my womb gremlins.

Being able to buy giant chocolate bars the size of my femur to snack on at the office without any guilt because it was in support of the spawn of random coworkers’ hockey teams/scout troops/bail funds.

Buying a family size Kit Kat bar that I will scarf down in my beige Corolla on the way home from the grocery store so that my kids don’t get their hot little hands on it first is nowhere near as rewarding.

It sometimes used to feel like a prison, giving me a feeling of deep existential ennui, but I now realize that true ennui is being confined to the house dancing to Baby Shark on repeat as Cheerios crunch underfoot for so long that, hours later, the doo doo doo doo doo doos still rattle in my head.

I used to moan about the food, but I now concede it offered much more appealing options than the three-course tasting menu I made for myself at home today, which comprised stale Triscuit crumbs, a bowl of soggy raisin bran, and a spoonful of imitation peanut butter. Sadly, I’d used up the last of the brie in the kids’ grilled cheese sandwiches, which they then had the nerve to tell me were “super yucky” as they gagged theatrically.

Why do all our pens have soggy bite marks? Why are all my highlighters as dry as my lips and without their lids? Why can I never find a freaking paperclip when I need one, forcing me to MacGyver one out of a twist-tie? And is there a single sheet of paper in my whole house that doesn’t have one random crayon squiggle down the middle?

Having a reasonable and supportive boss.

Now I feel like I have two little tyrant bosses. They rarely give positive feedback, seemingly have crazy Napoleon complexes, expect me to be at their beck and call 24/7, including holidays (especially holidays), and consistently engage in petty in-fighting.

I used to find it mortifying having to use a public washroom. Now I can appreciate that at least I didn’t have to clean it myself and no one ever busted through the door to inform me that their sister called them a butt face or ask if there’s any more raisin bran. Plus, no one at work needed to be repeatedly reminded to flush.

Being around kids all day has apparently melted my brain to Cheez Whiz and given me the attention span of a gnat. If you’re disappointed, well, as I always tell my darling children: you get what you get, and you don’t get upset.

Karen Gilmore is a mother of two whose work has appeared in The Globe and Mail, The Feathertale Review and elsewhere. She has been giving her parents grief about her name since before memes were even invented.