The Little Problems Aren't So Little When You're a Kid

Sometimes we need to take a step back and look at their problems with some perspective. 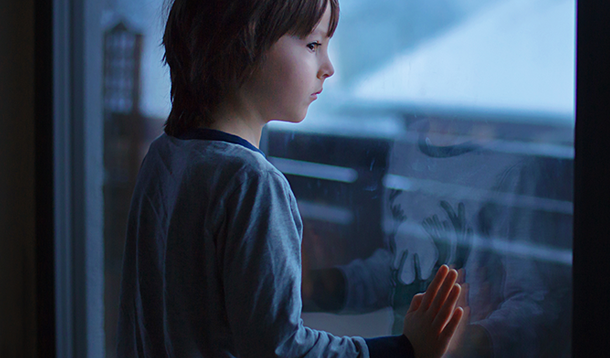 My 10-year-old stood at the large picture window like a 19th-Century sailor’s bride on a widow’s walk, anxiously awaiting her love’s return from sea. It was 6:30 PM, and his Amazon package was supposed to be here by eight. I could feel the tension pouring off his body, accented by the syncopated groans with each passing package-less minute.

He was genuinely unnerved. It would be easy to be dismissive and say we wish our biggest problem was an Amazon package that was cutting it close to the deadline. Admittedly, I was getting annoyed with the noises of disapproval in my ear. By adult standards, this wasn’t a big deal; but for him, it was consuming his whole world in that moment.

For him, it was about more than simply being excited to get his hard-earned purchase. It was about expectations. He had put in the work, with the goal of this prize in mind. He had thought of it while he worked, urging him forward like a carrot. He had placed the order with guaranteed 1-day delivery. The app said it would be here by 8:00. He misinterpreted that as 8:00 am and had rushed down first thing in the morning to look for it. That was failed expectation number one.

Had he been told the package would take six weeks, he would have patiently waited six weeks. Had the app updated last night instead of this morning to indicate the package would not arrive by the time promised, he would have been disappointed, but not anxious. It was the expectations that did him in. He is a child, and not yet well-versed in life’s unexpected let-downs.

The failure of the package to arrive on time not only disappointed him by delaying gratification even further; it let him down on a fundamental level. It breached his trust in the world. For us, it would have been a “Dammit, Amazon!” (shakes fist in the air); but for him, it was a life lesson.

I often fall into the trap of frustration when my children get all worked up over something minor. My kindergartner can enter crisis-mode over seemingly the smallest things. I want to say to him, “Dude, so I opened your banana from the “wrong” end, just deal with it” and often I do say it out loud. But sometimes we need to take a step back and look at their problems with some perspective.

We are viewing their problems through a lens of experience. We have decades more practice with problem-solving, disappointment, and self-management than they do. An easily-solved, seemingly inconsequential problem from our perspective is very big to them.

They have less agency in this world than we do. I opened the banana the wrong way, so what, it’s open, isn’t it? From my end, yes. From his end, he had a plan he was unable to execute on his own, so he sought my help, and I messed up his plan. Imagine if you hired someone to paint your house, and they painted it an entirely different colour than the one you had planned out. You would be frustrated and tell them they painted it the wrong colour. Now imagine if they told you, “There’s fresh paint on the house, what does it matter what colour it is?”

Kids’ problems are big in their own minds. Do we have to cater to them? No, not exactly. I didn’t throw out the improperly-peeled banana. But I did apologize and ask him to be clearer next time which end he wanted me to open. And next time, he specified. We don’t need to give in. We just need to acknowledge that they are experiencing a real problem and help teach them the skills to work through them.

Acknowledging their frustrations with “small” problems lays the foundation for them to come to us when those problems become bigger. How can we expect them to come to us and be open about sex, peer pressure, or trouble in school as adolescents if through our actions we have told them since childhood that their problems are insignificant to us?

We’re not going to be perfect at this. For every calm discussion about problem-solving I have had, there has been an equal number of “Just eat the banana!” But even just putting in the effort to show them we care, and we understand they are struggling with this sends a positive message and opens a dialogue. And giving them some tools to manage the small problems sets them on the right path to tackling the big ones.

In the meantime, we wait for Amazon to bring my son’s package – and pretend I am not also checking the mailbox every few minutes for my order from Etsy.

RELATED: Here’s How You’re Making Your Kid a Good Friend to Others