How Halloween Really Rocked in the 80s

Razor Blades & Popcorn: Why I Miss Halloween of My Youth

How Halloween Really Rocked in the 80s 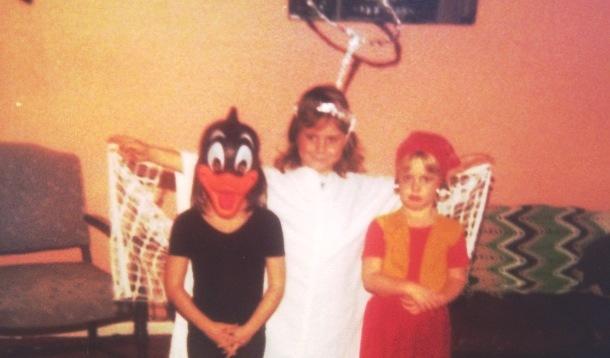 Only a few more sleeps until Halloween, and if you blink, it's going to suddenly be October 30 and you’re standing in the department store with a sobbing child forced to choose between “Ugly Troll with Wart” or “Super Ugly Troll with Multiples Warts” costumes. This is a busy time of year in Canada and while many of us still have leftover cranberry sauce in the fridge after Thanksgiving, there are now also pumpkins to be carved and candy treats to be bought/hidden/consumed and bought again.

My kids have been planning their costumes for weeks, and this Halloween is special because it likely marks the last time my 16 year-old daughter will be actively participating in the trick or treat tradition - this year at a party, but likely some door-to-door involved as well. I told her this will be her last year because generally I think the door-to-door candy-taking should cease once you’ve started shaving, but I'd still give candy to anyone who asks - especially considering some 12 year-olds are 6 ft tall these days and children are forced to grow up too soon a lot of the time anyway. She wasn’t happy about this, and asked me how old I was when I stopped trick-or-treating. This got me thinking about how different things were when we were young – “we” being anyone who knows what it means to actually “dial” a telephone.

On Halloween we went dressed in full costume to school and often showed little regard for being appropriate or politically sensitive. Many of us had our costumes designed at 6pm the night before Halloween, and they consisted of items within reach at the moment our mothers cried “What do you mean I need to bake 36 Halloween themed cupcakes for a bake sale for tomorrow?” I went out more years than I can count as one incarnation or another of the three time-tested standbys: a ghost, a hobo, or some sort of heavily-made up punk rocker/movie star/child sized lady-of-the-night. Sure, some of these were completely inappropriate, but you have to give a begrudging sort of respect to an adult willing to let her nine year-old daughter walk around in the dark in a pair of black patent pumps for the sake of a handful of chocolate.  But we were safe; our fathers followed us around the neighbourhood, flasks of special "warming elixir" in hand. By the end of the block they’d all smell of Canadian Club and no request for “just a few more houses” was ever denied.

No one checked our candy, although every year we all personally knew someone whose cousin’s neighbour’s best friend had had their throat cut open by a razor blade hidden in an apple. We wound up with piles of home popped popcorn, doled out in tiny old lady fistfuls and tied up with twist ties in pink Kleenex. We ate it; we ate everything handed to us whether it was in tissue or plastic wrap, store bought or not. We lined up at the houses that gave the best treats and the secret and magical underground kid communication channel never took long to disclose the location of houses giving full size candy bars or cans of pop. Looking back, I can tell you that a piece of my spirit died the year I was first given a travel-size tube of toothpaste.

We didn't need flashlights, or safety stripes, or glow sticks or illuminated walkways. We ran in packs of tin-foil haloed angels and flowered bed sheet ghosts guided only by the glow of our father’s cigarettes. Things are very different now, and many changes are for the best; allergies are a real scare and denser populations mean more traffic risk and the world is just different now, and Halloween had to change. I just hope our kids look back with the same wonder and amazement as we can. I also hope that this year, someone somewhere gives them a full size chocolate bar or can of pop. 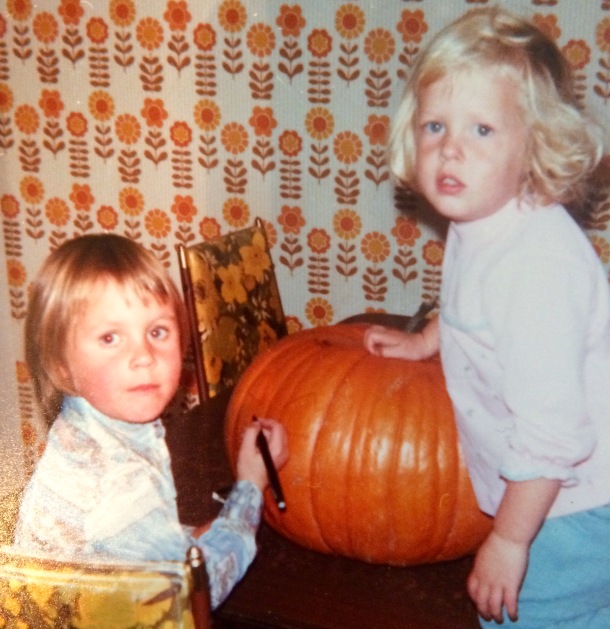 RELATED: Can You Be Too Old for Trick-or-Treating?