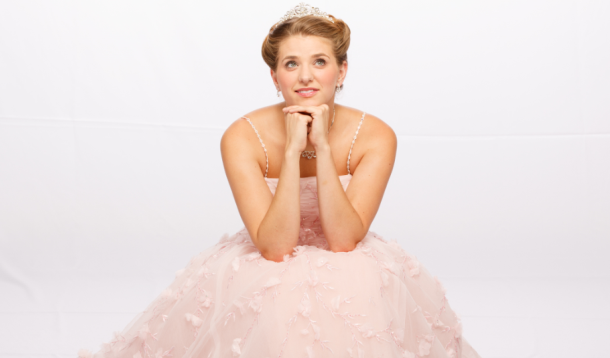 It's hard to find entertainment your whole family can enjoy together, but on their own maturity level. It's harder still if you've got children both in the single digits and the teen years, not to mention the fact that you may be one of a pair of jaded 40-somethings who can't sit still for more than 10 minutes and whose viewing habits run as wide as the gap between The Ultimate Fighting Championship and The Food Network. Until they invent a show about a kitchen duel where someone breaks your arm while making fart jokes, this family is going to be tough to please.

We already have some great holiday traditions in place, like seeing who we can alienate quickest at Christmas dinner and fighting over who got the most presents, but I'm always on the lookout to add other, more enjoyable traditions to our seasonal holiday repertoire. To be frank, these kids get two weeks out of school during break and that's a lot of time to fill after the holiday glow wears off, and it's usually spent simply replacing Wii batteries and making grilled cheese sandwiches. We needed something else; something a bit more cultured, and I think I found it in the form of a slightly horny, gender-bending, sensible-shoe wearing Fairy Godmother named Plumbum. (Stick with me here; put the phone down, and close the browser opened to "Report to Child Services.")

The answer to the "We should really do something different with the kids this year" was confirmed for me this past weekend after our second trip to a Ross Petty Show. This year's 19th annual Ross Petty production of Cinderella, The Gags to Riches Family Musical! was - in a word - incredible. Cinderella, The Gags to Riches Family Musical! is a pantomime in classical English theatrical tradition, and it is especially popular for holiday crowds. I could give you the long academic version of what pantomime is, but let's just sum it up by saying there's lots of music, lots of laughter, and lots of jokes about balls. So basically, everything I'm looking for in family entertainment.

This show will make everyone in your party laugh on different levels, and the jokes that go (thankfully) right over the children's heads will have you blushing. It's fun to let your guard down in the midst of all the holiday hubbub and have a good stomach-hurting chuckle at a cross-dressing hornball and her jokes about balls. Ahhh, family time. 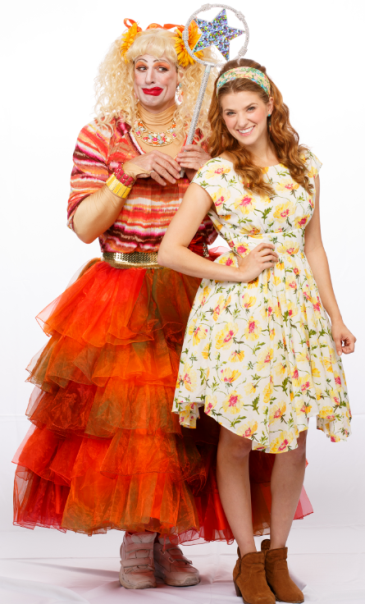 Don't think the men in your life won't enjoy the Cinderella-esque storyline, either. This Cinderella is nothing like the traditional or Disney-fied version of the classic fairytale. Instead, Petty and his team bring an urban, modern twist to the story, complete with comical hard-line nutritional manifestos, Zombie culture, and a ton of slickly performed pop music and dance number performances. The basic nuances of Cinderella are there, including an evil stepmother and two horrible step-sisters, a charming and well-doing Prince, as well as a reliable (albeit distracted) Fairy Godmother, and some seriously sparkly kick-ass shoes.

I'd like to add here as a side note that Petty - who plays Evil Stepmother Revolta Bulldoza - has a speaking voice that feels like maple syrup in your ear. He's married to Canadian prima ballerina Karen Kain, but no matter: I just want to hear him talk to me. Which he does often, since pantomime traditionally and routinely breaks "the fourth wall" and encourages discourse between the audience and the actors. It is this element of Cinderella, The Gags to Riches Family Musical! that makes it particularly great for families, because children who cannot resist wiggling and talking during a  production are more than encouraged to do so at a Cinderella, or any Ross Petty Panto show for that matter.

We left the show that night wondering aloud which classic fable Petty will riff on next year, knowing full well we'd be in attendance. The next morning, my son, who rarely has much to offer as post-script to events we attend, said to me out of the blue, "Mommy, that show last night was really funny." It sure was dude; it was balls.

Still need convincing that this is the must-see show of the season? Here are 10 reasons why you must take your family to see it.