It's Not Just Music. It's information. 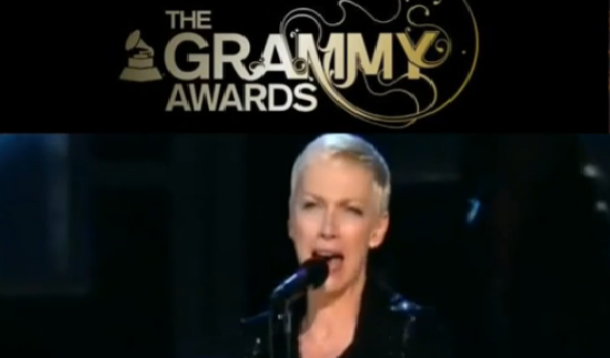 Music is pretty important - almost as important as food and sex. It's the bottom line in the triangle of what makes life worth living. Music is a primal force and I once read a study that humans who were deprived of Led Zeppelin and Steely Dan grew up to be certified assholes. Appreciation of rythym and beat is innate and its enjoyment excludes no one. And so no matter where you are in your parenting lifecycle, you need to make time for music - especially music not sung by cartoon animals or a costumed trio with bubble letters in their logo.

Music offers more than just sound and that bass feeling in your chest; it also teaches us things - important things. So while you may not have been able to stay up last night for the Grammy Awards, I was (for the most part), and I bring you some Life Lessons from the ceremony, as delivered and inspired by the musical talent of the evening.

Our first lesson comes from an unlikely source, as no one is really looking to Kanye West for life tips, other than "marry rich" and "invent leather track pants." And yet, here we are. Kanye once again made a scene - a bad attempt at a joke, we thought at first - when he faked left and pretended to claim Beck's Grammy for Beyonce, ala American Music Awards douchebaggery. Except it really wasn't a joke, because after the awards he told a reporter the Grammy's are essentially a ruse and a huge waste of time. So, from Kanye we learn this:

1. No one likes an asshole.

British singer Sam Smith won four Grammy awards last night and hello, how cute is this guy? So thanks, Sam, for being super pretty and also expressing yourself so well and telling the world you only found success when you were yourself...

AC/DC opened the show, which was great, because they're a band I've heard of and been felt up to. This forms a nostalgic bond sorely lacking in my listening of today's music. I don't eschew new music entirely, and Pharrell's "Happy" is probably a great song to be felt up to also, so take note teenagers of today. The two seemingly diverse songs combine here to deliver a stronger message because both Angus Young and Pharrell sported this unconventional (in the rock n' roll world) clothing item:

3. Manshorts; they have their place.*

*A firm "no" remains for jorts.

Electric Light Orchestra's Greatest Hits is definitely one of my desert island albums, and I once considered making it's play mandatory as part of my wedding vows. Now, that marriage didn't work out, and while I can't draw a direct parallel, it does seem odd that there was a definite lack of ELO in the marriage and then a subsequent divorce. You know who else gets the power and musical genius of ELO? Paul McCartney, that's who. McCartney stood for ELO and showed Jeff Lynne some serious musical 'spect. That's right; it's life lesson # 4:

4. Show respect where respect is due.

Do you remember your first Walkman? Or maybe your first MP3 player, before iPods became the preferred musical delivery system? People used to work summers their 13th through 16th years to buy stereos loud enough to make the windows shake, whereas now music is contained to little earbuds or a pair of beats. One of the first albums I heard on a great stereo (paid for with the sweat of 15 year-old my hay-bailing boyfriend) was The Eurythmics "Here Comes the Rain Again" and I remember just marveling at Annie Lennox's voice. Or maybe I was wondering about how the crack in the plaster looked like a map of Chile and outlined a secret passageway.There's a chance I was high. Life lesson takeaway:

5. Never, ever think that all "older" brings is "wiser." It also means kicking ass and taking names like no one under 50 can.

There is no shame in going to bed before the party ends.