Lois Lilienstein Passes away at 78 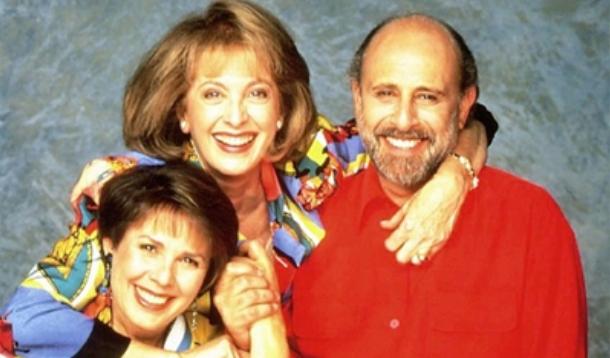 We grew up during a golden age in children's entertainment. We had Raffi, and Polka Dot Door, and The Friendly Giant. We had gentle adults who spoke kindly and sang sweet songs about elephants and spider webs.

We had Sharon, Lois & Bram.

These performers had careers that lasted through a generation (and sometimes two) and plenty of our own children enjoy them today. It is a circle of what I consider a gentler breed of children's television.

That circle just got smaller.

Lois Lilienstein of children's singing trio (and godsend to parents wanting 5-minutes-alone-please) "Sharon, Lois & Bram" passed away on Wednesday evening. She had been ill with "a rare form of cancer," her son told the CBC, but passed gently from this world. That seems fitting.

Sharon, Lois & Bram embodied all we want for our children: they were fun and optimistic, happy and playful, and they were there, every week, to pass the music along. The group first appeared on TVO in Ontario and then on CBC all over. The musical trio first joined together in 1978 and continued singing and performing for 20 years, until Lois retired from the group after her husband passed away in 1998.

Lois son David Lilienstein says his mother was "a normal everyday person that had a phenomenal sense of music inside her." That sense was recognized and appreciated when Lois (along with partners Sharon Hampson and Bram Morrison) were recognized in 2003 with The Order of Canada, one of the highest honours in our country.

My grandmother was a nursery school teacher in the 1970s and I lived with her. She sang Sharon, Lois & Bram songs almost constantly at work and it was no different when she came home. Their music formed a huge part of the soundtrack of my youth - and then into my adulthood when my children loved them on their own terms. I miss that time, when my three year-old son - who'd put a tornado to shame - would sit still for 20 minutes while watching "the big red button show!" as he called it, referring to a recurrent gag on the series. That child is now 11 and cares little for dancing elephants or singing about peanut butter sandwiches. But I remember when he did, and it makes some lovely memories.

Lois was 78 when she passed away; the 6 year-old me understands this is too short a life, but it is the 42 year-old me, the mother, who most strongly feels the loss.

Some of you have shared your own memories of Sharon, Lois & Bram:

My nieces and nephews watched them and had cassette tapes they played non-stop on their Fisher Price tape players so I followed the trend and quickly incorporated their music into my kids' lives when they were wee....and they are both now musicians so I attribute at least part of their love of music to those early days with SLB! It was fun to see my husband being exposed to their infectious tunes on car trips - he can't carry a tune in a paper bag but he would sing along at the top of his lungs.

I would add that taking my kids to see them perform live at the National Arts Centre probably ranks as one of their earliest childhood "OMG" moments. When Elephant came out on stage to dance, they both leapt to their feet and screamed.

I religiously watched this show during my childhood. I owned the Sharon, Lois & Bram Elephant Show Concert Movie, which was played 24/7 for a good few years of my life. My favourite song from that concert was "I Am Slowly Going Crazy!", which I am sure how my parents felt with how often they'd have to listen to all my Sharon, Lois and Bram jams. My daughter was introduced to Skinnamarink in 2012 when she joined preschool. It was the last song the teachers would sing before class would be dismissed. It always brought back fond memories from my childhood for me hearing them sing it. So sad to hear about the passing of Lois

Not growing up in Canada my memories are a bit different, but nevertheless still significant, I think. When I had my second child I went through an adjustment period. Nothing dramatic, just an only child (me) figuring out that my experience with baby number two wasn't going to be a replica of my first. Part of that was accepting that the local Gymboree closed down and that I would be taking him elsewhere. At the YMCA my second baby and I bonded over play and music time. The songs were all different to the ones I sang with my other son and that is how Skinnamarink became one of the first "mama and me" things. Lots of fond SLB memories were shared by the other moms and instructors whenever this song came up and although this was my (late) initiation to Sharon, Lois & Bram I will always fondly remember them as part of my son's childhood....

SLB part of my childhood soundtrack and their tunes are so catchy and lively that they are permanently burned into my brain and are still some of the ones I sing to my kids. Skinnamarink is my favorite but the Elephant song is a great one too.