Toilet Paper: You're Hanging it Wrong

It's time to get OVER this argument

Toilet Paper: You're Hanging it Wrong 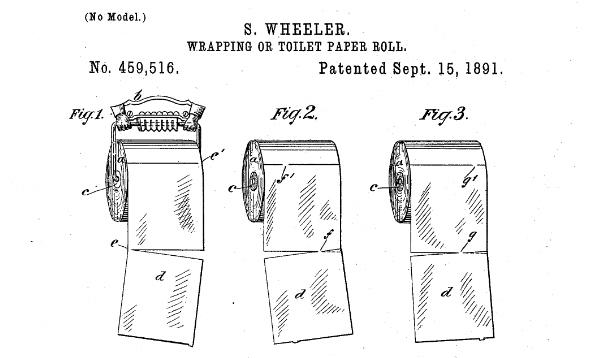 There are few things in life which are firmly black or white, but some do exist. Crocs and socks, for example. They'll always get a definite no, as will mayonnaise on anything but a ham sandwich. But I will willingly look the other way at these infractions so long as you hang your toilet paper the correct way:

When I toilet trained my children, this piece of bathroom etiquette was more important to impart than hitting the target. So long as the roll is hung with the paper coming from underneath - aka properly - all is well in the world. I'm fairly certain Justin Bieber's troubles started when his housekeeper went on vacation and the replacement the agency sent started hanging his butt-wipe in the wrong direction.

When you don't hang your paper under-the-roll, terrible things can happen to you: the world will stop spinning and coyotes will eat your pets and your birth control will get recalled but you won't get the memo until you're 7cm dilated. I've been hanging my toilet paper under-the-roll for as long as I can remember, and NONE of those things have happened to me.  You hang that roll over the top and you're taking chances, is what I'm driving at - chances I can not afford to take.

I know some of you out there are closeted under-hangers - maybe you change the roll when you're alone to suit your preferences, but succumb to heavy pressure and flip rolls back when your partner or roommates are due home. It is important to know that YOU ARE NOT ALONE. Underhangers, unite!  We may be few, but we are mighty.

RELATED: Why I Never Flush

The patent in question is dated 1891. A quick Google search indicates that the year 1891 brought terrible blizzards and earthquakes that killed thousands, and was also the year Fig Newtons became widely available to the public, and Fig Newtons are without question the lowest-ranked and worst cookie-style foodstuff imagineable. (I cannot call them "cookies" in good conscience.) Perhaps 1891 - and all that occurred within it - should be scrubbed from recorded history altogether.

I change rolls to the proper direction at friends' homes and in public bathrooms at institutions whenever possible to do so, and it can be done most places, because I've constructed a universal skeleton key/shiv which allows me to jimmy open most toilet roll boxes almost silently. And if I make some noise? Well, no war was won without casualties. 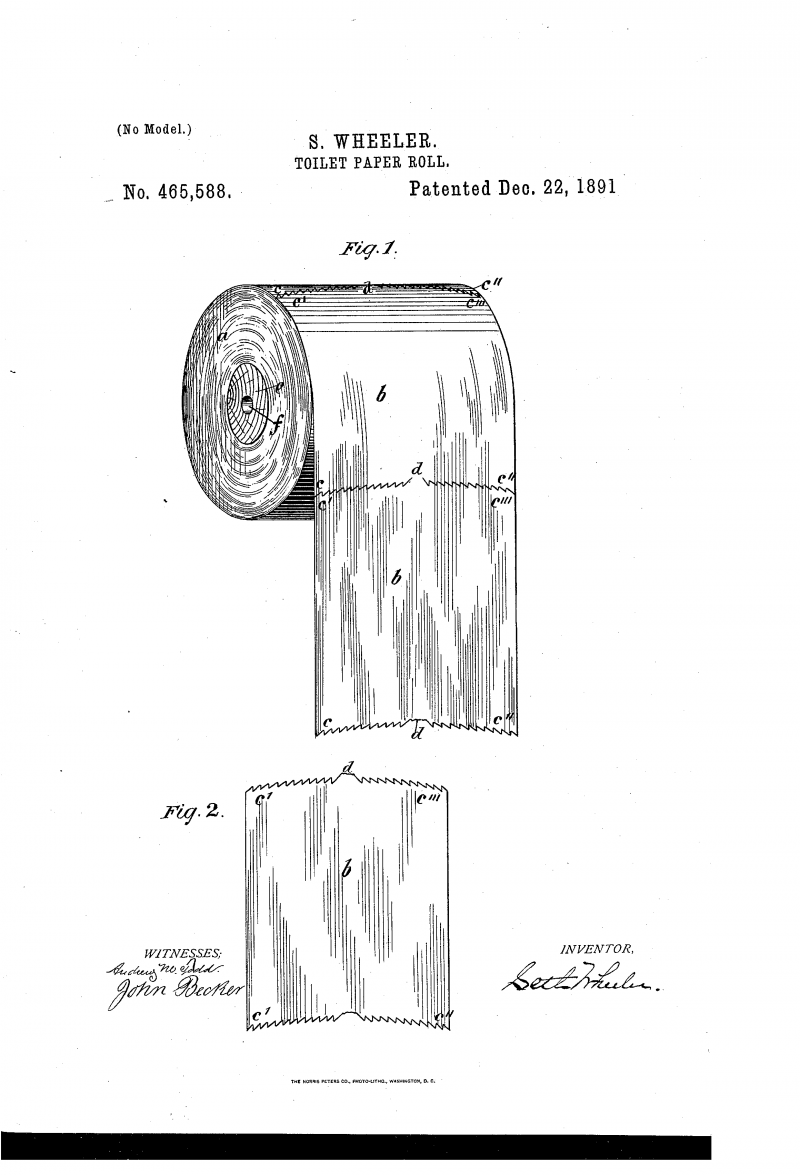 Seriously Dr. Phil, What the F*$k?

No means no, no matter who you are

Seriously Dr. Phil, What the F*$k? 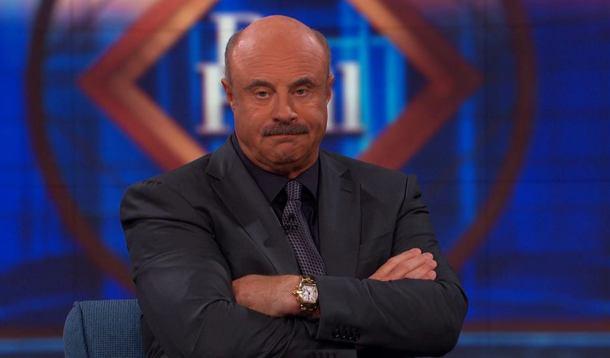 The Dr. Phil show has been on television for 13 years. That's a whole lot of "How's that workin' for ya?" and "You can swing a dead donkey in a candy store but ain't nobody gonna make it rain jelly beans at a Tuesday wedding" talk coming at you through your television set. I'm sure in over a decade of being a television host Dr. Phil has done some good - maybe he's saved a marriage or two or perhaps generously tipped a parking attendant - but his show and his brand of "common sense" help has reached a new level of exploitation that would - should - have even the most jaded reality show producers crying foul. And yet, no.

Yesterday on "a very special episode" Dr. Phil interviewventioned (interview + intervention) Nick Gordon, the long-time partner to Bobbi Kristina Brown. I say long time because Gordon is kinda-sorta Brown's brother through a murky and strange adoption-ish arrangement. He was housed and loved and fed by the late Whitney Houston but grew to love and cherish and maybe even boink his sister from another mister, Bobbi Kristina. But I am not here to judge Brown or Gordon. I am here to judge Dr. Phil and his jerk TV team, and I am here to judge them harshly.

Gordon's appearance on Dr. Phil's show went surprisingly well, if what you were hoping for was a televised breakdown. Gordon would have received more effective help and empathy in the office of an abnormally long-fingered impatient proctologist than he did from this television doctor, and it would have been more pleasant to watch. I'm no fan of Dr. Phil and his trademark smirk but my television was already set to the channel he appeared on, and after a few minutes of listening to a man crying and begging for the cameras to be turned off I turned around to wonder what horrors I was tuned to. The clip is - in short - a disgusting display of outright exploitation and borderline emotional abuse. Warning: sickening display of "professional" behaviour.

We don't know the circumstances surrounding the tragic accident suffered by the now comatose Bobbi Kristina, nor do we know if Gordon played a role, either in whole or part. He has not be charged nor arrested, and has lived a difficult life, this much is certain. What we do know is that when interviewed by Dr. Phil, Gordon displayed palpable agony while cameras rolled, and despite his repeated requests to have them turned off, was denied the opportunity to exit gracefully.

Dr. Phil tells Access Hollywood as reported by US Magazine: "I went in to Atlanta to do an interview with Nick Gordon and wound up doing an intervention with Nick Gordon." US says '"When the psychiatric expert arrived for his planned sit-down, he discovered from Gordon's lawyers ("who truly have his best interest at heart," Dr. Phil says) that the 25 year-old was 'so high, so out of control, abusing alcohol and apparently Xanax.'"

So hey, Dr. Phil; maybe rebook the shoot for another fucking day or - crazy idea here - forgo it entirely.

I watch reality television but there is a big difference between that genre and the Dr. Phil showbacle, namely that reality television is not real. Any time I've seen a Kardashian ask for a camera to be turned off it is turned off. Whether or not they were merely acting distressed as a fabrication or having a genuine and intense emotional moment requiring privacy, in the end it doesn't matter. The fact is that the request is honoured. Gordon asked for the interviewagationclusterfuckathon to end. Case closed. Stop tape. Pack up yer shit, and go home.
The decision to keep rolling tape denied him agency and displays a shocking lack of common human decency, but oh wait; ratings.

Dr. Phil's outright disregard of this man's repeated requests for a moment of privacy during an episode emotional turmoil is disgusting. He appears distraught and high and he was in no position to consent to an interview in the first place. (Key term: NO POSITION TO CONSENT.) The display was sickening and this man was incapacitated and unable to agree to a television appearance in the first place, but it doesn't matter, because whether it's about having sex or filming a TV show or I-swear-to-God-don't-put-more-macaroni-in-my-bowl-I-told-you-I-am-full, no means NO.