Why Ross Petty's Cinderella Is A Holiday Must-See 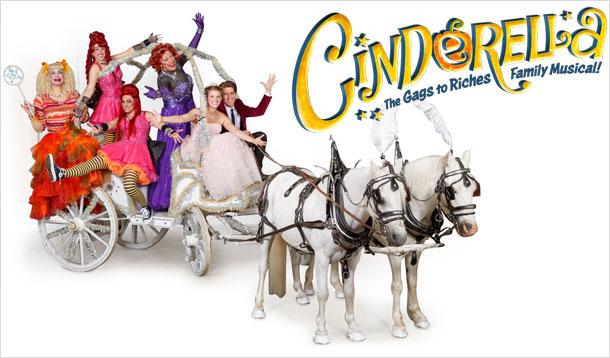 How often do you come across a theatre production that has musical performances and a storyline geared toward kids, comedy that's written especially for adults, and quality talent the likes of which you'd find on Broadway? The answer: just once a year at Ross Petty' Productions' annual holiday pantomime. This year's show is Cinderella, The Gags to Riches Family Musical!

Petty's shows are a Toronto tradition that bring families together to experience Canada's finest talent in a performance that's equal parts silliness and magic. If you're thinking of giving your kids one awesome experience this holiday season, this should be it!

Even more exciting than going to the show, was the opportunity for my daughter and I to sit down with the Cinderella cast (in the midst of rehearsals) to talk about what's going to make this year's show so fabulous. 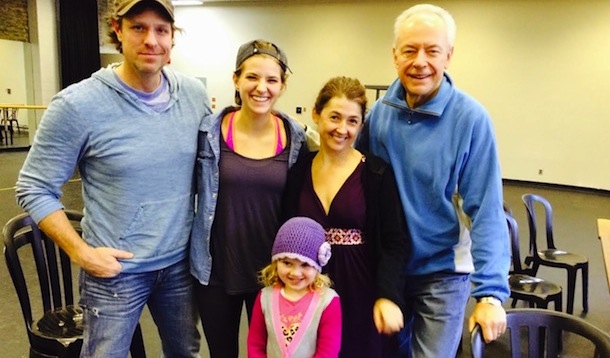 Without further ado...here are the top 10 reasons why you must take your family to see Ross Petty's Cinderella, The Gags to Riches Family Musical! this holiday season:

With jokes that will leave parents in stitches (yet go way over most kids' heads) and silliness, the kids will be talking about for months. These shows will make everyone smile.

2. There's nothing quite like Ross Petty in a dress.

Ross Petty has been doing it for nearly a quarter of a century. He always plays the villain and he's almost always in drag.

"The first time I played a woman was in Snow White and my wife Karen (as in Karen Kain, Artistic Director of the National Ballet of Canada and one of this country's finest dancers!) was backstage doing my makeup," Petty says with a laugh. "Nowadays when I meet sponsors, they half expect me to show up in a dress."

All year, Petty works tirelessly as the show's producer, raising funds to bring it to life. He then collaborates with his writer and director to create a top quality script that's always funny and current. "For some reason audiences keep expecting us to come up with new material every year," he says, smiling. "Over at the National Ballet, my wife can put on The Nutcracker year after year, and people keep coming out to see it."

"I don't go to the US looking for talent," says Petty. "I'm all about building up Canada's star system, giving billing to the amazing folks who star in the show, and showing off the talent we have here."

From radio personalities, to children's entertainers, to emerging theatre actors, and even wrestlers and rock stars, Petty has opened the stage to Canada's finest over the years. "I'm still trying to get Marty Short to appear in one of my shows. I call him up every year and offer him a part, but so far he keeps turning me down."

4. You get to Boo the villains!

Most theatres require that kids sit in their seats and watch the show as it unfolds on stage. Ross Petty's shows encourages audience interaction. "We let kids (and their parents) cross the barrier between the audience and the stage asking them to shout at the bad guys, join us on stage, and sing along with us," says Dan Chameroy, the hilarious star behind the lovely Plumbum von Botox who has had a recurring role in five of Petty's pantos. This year you'll catch him as Cinderella's Fairy Godmother. "I love watching the reactions of my relatives and my daughter's friends' parents (especially the dads) when they realize it's me under all that makeup. It's like they almost look frightened when we meet up after the show."

5. It's Cinderella set in Toronto.

In this show, Cinderella is actually getting ready to go to a ball (aka gala) at Casa Loma. And while Rob Ford might be off limits this year, the show will be filled with other gags and jokes aimed at Ontarians, especially GTA residents. You can't get this stuff on Broadway!

6. This is the stuff traditions are made of.

"People who grew up seeing the shows every year are now bringing their kids," says Petty. "They go out for dinner and see the show as a way to celebrate the holidays with their kids. It's something Torontonians look forward to year after year, and tourists make the trip in to see."

I'm all about giving my daughter as many experiences as I can—from concerts and live theatre, to festivals and museums—my goal is to open her mind, expose her to culture, and fuel her creativity. That's why I'm thrilled that she's old enough to attend this year's show. Kids love the Elgin Theatre as much as their parents do. It's a stunning setting for a fabulous show. I personally can't wait to see my daughter's reaction to the theatre. Taking her downtown for dinner and to a show is such a fun, grownup experience that I know she'll be talking about all year. This is the perfect way to introduce your kids to theatre and show them how wonderful live performances really are.

And don't let the glass slippers and royal ball fool you! Just because it's based on a princess story, this Cinderella show will have boys (and daddies) laughing just as hard as their female counterparts. 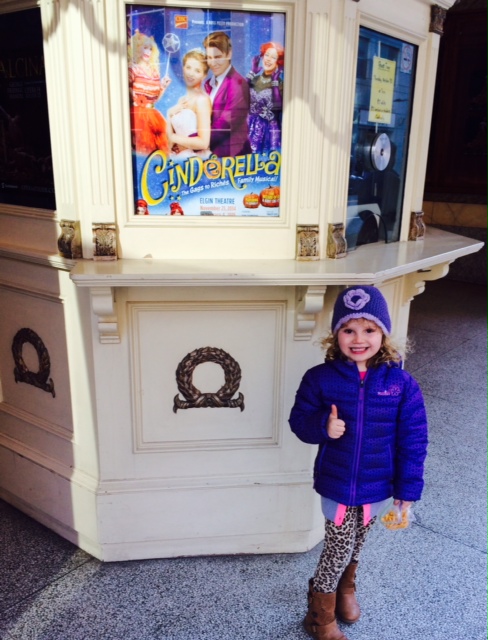 8. You'll be thrilled to see Danielle Wade in the role of Cinderella.

The winner of CBC's series Over the Rainbow in 2012, Wade won the role of Dorothy in the Mirvish production of Wizard of Oz which opened in January 2013. Just off a year-long North American tour, Dorothy is ready to take on Cinderella, with the opportunity for more flexibility in this role. "There are a few guys in the cast who love to ad lib," says Wade (smiling at Petty and Chameroy). "I'll have to do my best not to break out laughing on stage."

9. There are actually video commercials within the show.

Petty is full of gratitude and praise for his corporate sponsors who make these performances possible each year. His passion is to bring awesome theatre to families during the holidays, and it's thanks to the folks at CIBC, his presenting sponsor, that he's able to do so again this year (and for the next three seasons!). Using a hefty dose of creativity and humour, Petty has found a way to integrate his sponsors into the actual show in the form of commercials. Watch some of them here...they are amazing.

10. The show changes day to day but remains consistently awesome.

"If something doesn't work one night, we'll change it the next," says Petty. "There's a certain freedom in these shows to read the audience and change things up based on what's going on that particular day." Audiences can expect fresh material, on the spot humour, and ridiculousness that might actually leave you in tears...of joy!