Your Kids, Their Sex Life 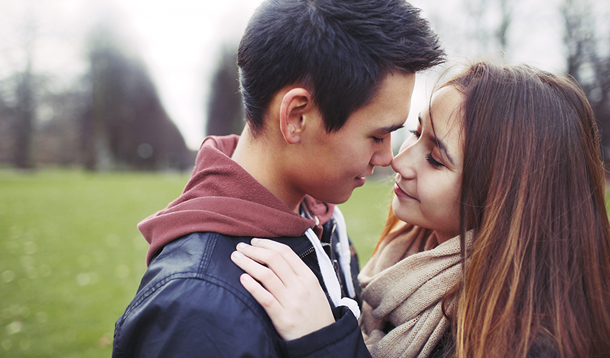 Sex is always in the news because we're human and sex is awesome and we've got a 24hr news cycle to fill. This past month sex has been a particularly hot news topic in relation to teenagers. One story recommends parents put sexually active teenage girls on the pill, while another says you should get them an IUD. Have you seen the boxes those things come in? Thankfully, it turns out they are 99.7% packaging.

Some sources advocate letting kids squish their tingly parts together right there in the family home; you know, the place where your Gramma eats dinner and talks about how much she loves her kitty-cat, Mr.Pickles. That place. Yet other resources suggest you allow "side hugs only," a la 19 Kids style, until marriage. There has to be some middle ground, and that middle ground is probably happening in your rec room this weekend.

One thing that shouldn’t get lost in the fray over different methods of birth control is the importance of condoms. IUDs are the best and most effective form of birth control besides being a Duggar teenager, but condoms still need to be a huge part of the conversation. Yes; I said huge part in a conversation about sex. And then, when all your sex talk conversation is completed, step back, get out, leave it alone.

One reports says it’s better — safer even — to allow teenagers to have sex in the family home. Our own YMC resident sex-pert Nadine Thornhill has opinions about this, and she's an expert and a parent. When it comes to sex in the home, at first glance it does appear safer than, say, sex in a field where there is real, legitimate risk of being eaten by bears. But when it comes to sex at home as being safer from potential abuse or physical risk, I don't really see a correlation.

Sex in parent's homes may have some less risk, although safety from creepy spying strangers is definitely avoided if you're on home turf. But we need to remember that women are raped and assaulted in their own homes all the time. So are men. That’s sort of why they call it “domestic abuse.” It’s not “outside abuse,” or “under the football bleachers abuse.” Abuse happens everywhere; even in your half-finished basement on your in-laws old couch. Our best bet at protecting our kids from sexual abuse - irrespective of gender — is to teach them to not rape.

I’m not crazy about the idea of my kids having sex in my house. I know sex is normal and humans are sexual creatures and kids get horny, but once you’ve nursed and changed the diapers of a tiny baby, it’s difficult to see them as sexual beings for a long time afterwards. I was 26 years old when I became pregnant with my daughter and telling my dad was mortifying because it meant admitting that I had “done it.” Sex is something we like to do, not talk about. But, and parenting is filled with "buts" — I live in the real world, and so do my kids. And sex — the actual, physical acts of sex — are mostly their own business.

As parents it’s easy to say "no" to drinking in the home, or "no" to smoking pot, or "no" to watching Adam Sandler movies, because those things are in most instances illegal activities for teenagers (or should be). But sex between two consenting teenagers over a certain age is not a legal matter. Is it one which should be punished? As much as I don't want to watch M*A*S*H reruns where my daughter previously got-it-on, I wouldn't punish her for expressing her sexuality. I think we’re all aiming to raise responsible adults with a healthy appreciation for consensual sex. It’s not a shocker that sex feels good. It’s sort of designed that way to ensure people do it. If sex felt like doing your taxes I’d be scribing this post on stone while contemplating butchering the family dinosaur for winter meat.

I want my daughter — all our teens for that matter — to be safe and comfortable asking questions about sex. I want them to USE CONDOMS EVERY SINGLE TIME HAVE I SAID THIS BEFORE and I want them to select partners who are caring and respectful and honor one other's needs. I want this for teenagers regardless of age or sexual orientation and I do believe that if all of these criteria are met, that they deserve privacy in their sex lives. I haven't made up my mind about what I am comfortable with yet and I imagine that is a fluid line which will change position as my kids get older and emotionally mature. I'm not convinced that she'll get the privacy she's entitled to by having sex here when she's ready and willing, because I have a tiny bungalow and other children and a dog with serious personal boundary issues.

Outside of educating my daughter with contraceptive knowledge and making the importance of its use crystal clear and non-negotiable on an on-going and possibly irritating basis, I expect little from her in terms of intimate details of her sex life. I trust her to make that call on her own, and while I have input on the big picture stuff like birth control and safety, I don't have a right to the intimate details.

Just as with her watching Adam Sandler movies, I don't want to know about it.