Why you should not let fear guide your parenting 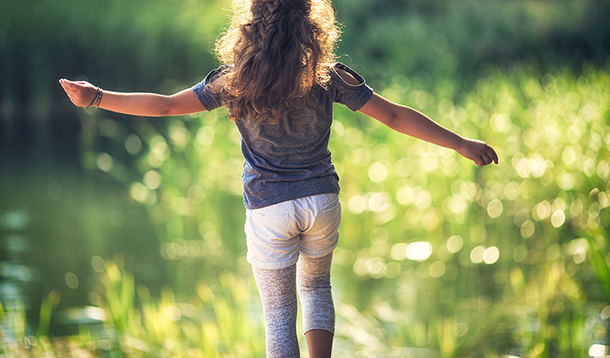 There are sick people in this world who sometimes set their sights on our children.

I have never let fear guide my parenting, and I will not respond to the scare tactics of a twenty-four-hour news cycle by confining my children to air-conditioned, humidity-controlled, electronics-laden living spaces, under the misguided notion of keeping them safe. My teenager has restrictions—"free-range" doesn’t mean "anything goes," and she has limits. But a free-range childhood is one of the single best things you can do for your children, and it will pay off in the teen years by teaching your kids self-control and how to trust instincts.

Nothing prepares children how to problem solve, like a lack of parental input, and this is a skill your kids should learn while they’re dealing with playground battles or which garden hose to drink from. I’ve seen and met teenagers in university who, when faced with the sudden freedom a dormitory living provides, were effectively paralyzed with fear and uncertainty, and needed their parents to call professors to discuss poor grades.

I grew up lower middle class, and while my children have more than I did at their ages, they will never have something I did have, and it breaks my heart that it is becoming harder to find -  freedom.

This isn't sentimentalism or nostalgia, or "get off my lawn" syndrome. It's the very real loss of freedom, which comes from the end of benign neglect as the default parenting tool. In less than one generation, the media has made us so afraid of the "what-ifs," that an entire generation won't understand the full consequences of their actions, because we protect them from everything. Bad things happen to children sometimes and we know about all of it without context. People who live thousands of miles away become our neighbours, their tragedies absorbed into our lives so that they become our own.

The internet made the world a smaller place, and when bad things happen in our virtual backyards, we keep our kids inside or in highly supervised situations where they never have to solve an argument or chastise an asshole or figure out how many dimes each has to steal from their dad's car ashtray to buy a pack of cigarettes. When you try to protect your children from everything bad, you keep them from so much good.

We should not hobble our children with irrational fears. It's cruelty wrapped in a warm blanket, but it's cruelty nonetheless.

CNN and the like have taken from us more than they've given. They give us sensationalized information, and they do it around the clock. They create content to sell stories. Things that happened once, far away, appear in our living rooms around the clock. If you want teenagers who know how to call a cab or navigate a subway map, send them out—fling them unfettered into the wild outdoors while they are young. Then, slam the screen door behind them and yell, "Fuck you!" to the twenty-four-hour news cycle.

When I was eight-years-old, my father watched the news every night for half an hour. That was all we needed. When I was eight, I was allowed to walk downtown to the old theatre to watch second run movies. This wasn't 1955. It was 1981. Our world was in living, breathing, three-dimensional format.

My children—your children—will never have the same freedom as those who lived through the seventies or the eighties or even into the wispy fringes of the nineties. When every detail of life is documented for analysis by news anchors with smart boards and "experts" who project fear for ratings, they are stealing our freedom.

Will your children know the smell of an outdoor public pool? Will they learn to honour the limits of their bodies by coming home when they're hungry or cold or tired? Can they roam free until the street lights come on?

Let them learn to find their own shade when it's hot, and discover which neighbour let them drink from their tap. The best training ground for adulthood is an unsupervised playground, but the swings and park lands are empty.

We need asses in the grasses!

My childhood wasn't without tragedy. A friend broke both her arms falling out of a tree. There were fish-hooks in fingers and bare feet sliced on pop bottles in swimming hole mishaps. We used a gallon of tetanus vaccine by the time we were all in high school. Bad things happened and tragedies occurred, but nobody thought for even a second that we shouldn't be allowed to roam free anymore.

Teenagers are going to make mistakes. They are going to make big mistakes. I want my teenagers to know how to trust their gut instincts, and kids over thirteen are like “old” dogs, in that once the training window is shut, it can be very difficult to open. Let them know how it feels to defend themselves a little within their peer group. Within reason, this can stretch their self-confidence and make it easier for them to say, "NO!" to situations they may be uncomfortable with later.

My son is nine. He's never walked downtown or known the freedom and joy of watching a theatre movie without an adult, because there's no friend for him to go with. This past summer we shared a bag of chips (supervised) at the park (monitored). He reached into the bottom of the bag, far into the greasy foil corners and pressed his small finger against the crumbs settled there. He turned to me and said, "Hey Mom?" The sun was bright behind him and I could only see the outline of his soft face. "Mom, remember when a bag of chips was full right to the top?" I tell him I do remember that. He thinks I mean last year, like he does, but my memory stretches farther than his. I tell him about going to the movies with my friends at his age and how we all shared a Pepsi that came in a small glass bottle. "But it could break! And there are germs!" he says.

He doesn't believe me and my crazy talk of being alone at eight and drinking from glass bottles, and I don't blame him. My teenager rolled her eyes, “germs, schmerms,” she mocked. I’m glad I haven’t lost her to fear.

How Can You Miss What You Never Had? 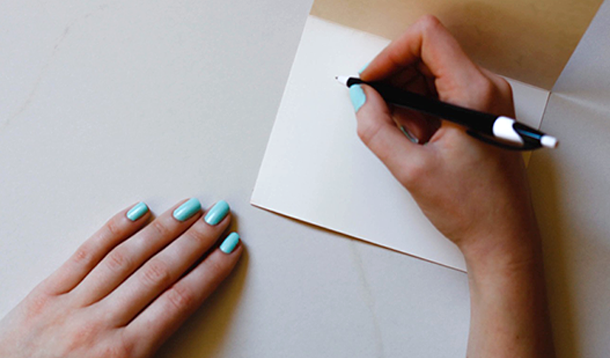 Mother’s Day is coming, and greeting card aisles marked “For Mom” are crowded and picked clean. Finding the right card was always a challenge for me, because my relationship with my mother was unconventional and cordial at best. When she and my father separated in 1978, I was five and although divorce wasn’t rare, that my mother left (and left us with) my father was.

I saw her occasionally; for many years she lived nearby, but visits to her house were rare. My mother was there, but mostly she wasn’t, so you can imagine that traditional Mother’s Day cards gushing with sappy sentiments weren’t ever appropriate. Blank ones were worse and their empty white space served only to punctuate the distance between us. But those were the ones I bought, except where one would have written a private joke or tribute to maternal sacrifice they were instead marked with an awkward scrawl, unchanged year after year, save for the quality of my penmanship.

My mother and I are now estranged. I don’t remember the circumstances that led to this although some details are clear because the hurt had been etched on us for years. It was like one day someone took a wax crayon broadside and rubbed it hard over us, revealing issues which had long been unmentioned. With no one wanting to address the problems it became easier to walk away. There was no fight, no big dramatic scene. Fighting takes intimacy and passion and commonality.

When friends complain about meddling mothers or agonize over fights and hurt feelings, I listen with rapt attention because I find it fascinating. “What’s it like to fight with your mother? Does she forgive you? Who calls who first?” I want to know. I am more intrigued by the logistics of the argument than the circumstances causing it in the first place. I have no interest in taking sides, but would rather dig like an explorer at the “how.” “Aren’t you worried she’ll never speak to you again?“ I ask. My friends look at me as though I have two heads. But what they don’t know is that I have never fought with my mother. I don’t know her well enough to fight with her and it’s likely I never will.

I am not a perfect mother. I lose my patience and I yell. I lock myself in the bathroom and eat the last cupcake. I lie about public swimming pools being closed “for maintenance” and I manipulate family movie night choices and I miss cues and I forget appointments. I skim homework and I serve French fries as the vegetable four days running and I get resentful sometimes, but I am close with my children. I am entangled in their lives so thoroughly that sometimes I feel they are stones through which my roots have grown.  I am in my children’s lives in ways my mother never was in mine, and this year for Mother’s Day, as long as my children are happy and healthy and secure in my undying, unwavering love for them, I won’t even care if we spend the day fighting.