Stop Undermining Who You Are 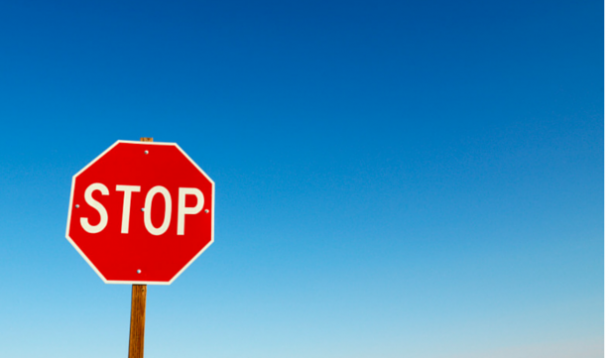 Yet each and every time you use it you are undermining yourself. 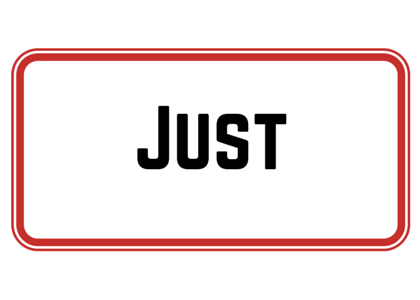 How many times in daily conversations have you used "just" when describing who you are, what you do, or what you have achieved?

What did you do today?
Not much, just went to work, made dinner, and got the kids to their activities.

Did you manage to go out for a run today?
No, there was no time. I just took the dogs for a walk.

Two years ago my oldest son overheard me talking to a friend on the phone. At some point she asked me if I went to boot camp that day and I responded, “No, I couldn’t make it so I just went for a 5k run.”

When I hung up the phone, my son asked me why I said I “just” ran 5k. I shrugged my shoulders because I honestly didn’t have an answer.

So I asked him, “What did you think when you heard me say that?”

“I wondered why you’re so hard on yourself,” he responded. And what he said next is something I will never forget, “How come you high-fived me for running 1k at school but you said “just” when you ran 5k?

And he was right. Why did I say that? Did I brush it aside because I didn’t want to look like I was bragging? Did I not want my friend to feel bad that she didn’t go out and run 5k? Was I not proud I went out for a 5k run?

It’s inconceivable that we would use "just" when referencing our kids. We would never say to them, “You just scored one goal” after they finished playing soccer or “You just got an 89% on your math test.”

Because "just" focuses on the end result and not the effort. When you preface the ten things you did today with "just" or tell someone you are "just" a stay at home mom you are silently saying it’s not good enough.

We don’t use the word just with our kids because we know it sends this message. Yet not only do we not hesitate to use it when describing ourselves, most times we don’t even realizing we’re doing it.

And each and every time you use it, you are undermining who you are and what you have done or achieved.

So I’m asking you right here and now to take the word just out of your vocabulary.

Because you’re not “just” anything.

P.S. This entire post could also be used with the word “only” so stop using that too.

It Takes a Village to Raise Kids. Sometimes They're Wrong.

It Takes a Village to Raise Kids. Sometimes They're Wrong. 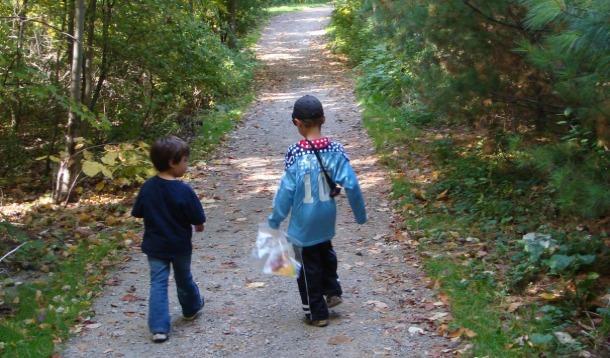 Can we stop getting so angry when people care enough to get involved?

Young kids playing on their own often makes it into the news, and not because it's a good thing.

Take for instance Danielle Meitiv's kids. First she let the brother and sister, ages 10 and 6, play at the park alone. Someone noticed the two children were unsupervised and called the authorities. This then led to an investigation by Child Protective Services (CPS).

Then a month later another person noticed the two kids walking home alone and called the police. This prompted another investigation by CPS, who then found the parents responsible for "unsubstantiated" child neglect.

Most people would label me a Free Range Parent (although I prefer Common Sense Parent).

My boys have been walking to school by themselves since they were 10 and 7. I have let them play unsupervised in the park by our house since they were 8 and 5-years-old. They go off with their friends to play in the “forest,” and have built forts in a large empty field nearby, all without my supervision.

When my boys are allowed to try something new, whether it’s baking on their own, sleeping outside in the summer, learning how to use tools, or going for a bike ride with friends, the end result is that they feel proud of themselves. They are learning how to be confident and responsible human beings. That's actually our job as  parents - to raise kids to be self-sufficient, responsible, kind adults.

So you would think that these concerned citizens who called the police on the Meitiv kids would piss me off but actually, it’s the opposite. I’m glad they did.

Two years ago when my boys were 11 and 8, I let them go on a bike ride on their own (and for the record, yes, it did completely stress me out letting them ride their bikes alone for the first time, as it does each and every "first" time I allow them to do something without me). My older son had wanted to hang signs on local mailboxes to advertise his DJ business. When they got home an hour later later my younger son told me they had been hanging up a sign and a policeman in a police vehicle stopped to ask if they were okay.

And you know what? That’s exactly what I would want that police officer to do.

And if my kids were at the park and a concerned parent called the police, I might not be happy that the police were showing up at my house and I may or may not be investigated, but I can tell you, I sure as sh*t would be happy that person made the call.

Because it means people care and are willing to stand up and do the right thing, even when it turns out to be the wrong thing.

We go on and on and on about how it takes a village to raise a child but when that village steps in to help we’re all up in arms.

How dare they? What’s wrong with people!

The people who called the police about the Meitiv kids? They don’t know those kids’ abilities, so they saw something unusual–two youngish children playing on their own–and they called the police.

If they hadn’t called the police and something had happened to those kids? Guess what. We would have all been up in arms about how we live in a disconnected society where nobody gives a crap about anyone else.

I get that we no longer live in a latch-key-travel-unbuckled-in-the-back-of-the-station-wagon-without-seatbelts-kids-playing-for-hours-on-their-own society. But has the pendulum really swung so far in the opposite direction that a government agency can label a parent as neglectful for PLAYING ON THEIR OWN? That I could be labeled neglectful for letting my boys walk to school unsupervised, even though I know - as their parent - they are completely capable of doing it.

It’s not like I suddenly told them one day to start walking by themselves. There was thought and teaching put into it. They learned to cross the streets with me, then with me watching from a distance. We walked the route together many, many times. They were taught what to do if they were approached by someone they don’t know, and what to do if one of them got hurt.

Yet, the CPS (or CAS here in Canada) could come along and after only a brief assessment decide it’s not enough.

It scares the crap out of me that these kids could potentially be taken away from their parents for something as benign as playing on their own. That it could happen to any of us.

No, don’t attack the village for caring.

Be afraid that a governmental agency can potentially dictate how you parent.