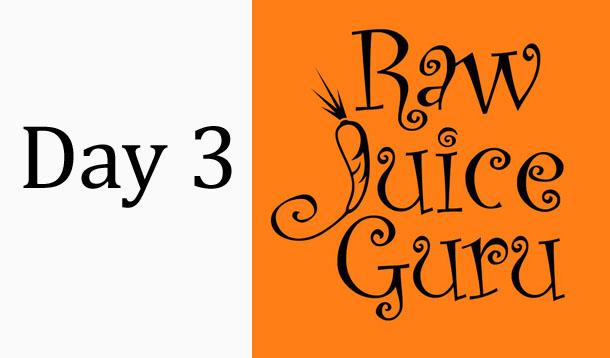 Again, I woke up not being overly hungry and my eyes are less puffy today. I would do this just for the vanity factor. Today was boot camp and I’m on my second day of only juice. It was an extremely  tough boot camp but my energy level wasn’t affected and I did the entire thing.

I’ve noticed that I’m not having the high/low energy peeks I typically have during the day and my afternoon slump is gone for the second day in a row.

I’m impressed with the program. All the juices were tasty and the two salads were unbelievably good. My worries about my workouts being affected were unfounded and I found my energy to more even throughout the day. Also, I slept like I haven’t slept in a very long time.

Who would I recommend this for?

I would recommend it for anyone who wants to change his or her eating habits. It’s a great way to jump-start a change in lifestyle. Doing the cleanse made me aware of all the times I eat mindlessly like when I’m cooking or packing lunches for the kids. It also made me realize that while I eat a lot of fruits and vegetables, I tend to eat a lot of the same ones and I really need to mix it up a bit.

I had also been waiting too long between the times I eat (around 3 hours) and after doing the cleanse I know it needs to be between 90 minutes and 2 hours for my body. Also, I eat way too fast. The beet salad was not only delicious but crunchy and each mouthful needed to be chewed quite a bit. It took me 25 minutes to finish it and I realized it was the first time in a long time I had taken the time to sit down and enjoy food without rushing through it.

Did I Lose Any Weight?

I know some of you will want to know this although it’s not the reason I did the cleanse. During the two days of the Juice Only part of the cleanse I was consuming 1500 to 1600 calories per day. I lost a total of three pounds over the three days.

What Else Do I Think You Should Know

If you’re not used to drinking a lot or eating a lot of fruits and vegetables, be prepared to go to the washroom a lot.

Giving up food for three days to drink only juice wasn’t as hard as it sounds. It’s easy to get obsessed with food when you’re doing a cleanse—there are many, many, many commercials about food. Did I mention many? Also, stay away from the Food Network. And I wouldn’t go near Pinterest either.

Lastly, Eliane was amazing at keeping in touch with me throughout the process. You aren’t going through this alone or left hanging and she quickly responds to any questions you may have.

All in all, I'm glad I did it. It's something I would definitely pay to do maybe once a year. 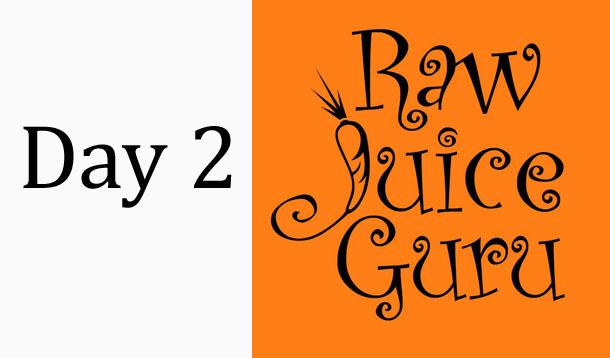 I thought I would wake up starving (which is my typical M.O.) but only felt moderately hungry. I did have a slight headache and was extremely thirsty even though I had nine large glasses of water on top of all the juice I ingested yesterday. Once I had a few (five large) glasses of water, my headache went away.

Also, typically when I wake up the area underneath my eyes is puffy and there was no puffiness at all today.

Today is an all-juice day and I was slightly worried as my workout is an hour-and-ten-minute spin but the spinning session went really well.

I’m definitely less hungry today but my stomach is on ‘gurgle’ high alert. My kids think this is hilarious.

Today I didn’t have that low-grade hunger at all. I felt completely satisfied throughout the day and the afternoon slump I usually have, didn’t happen.

My energy levels were great all day long, right up until I went to sleep at 10:00pm (my usual time). And for the second night in a row, I slept through the night until I got up at 6:30am. 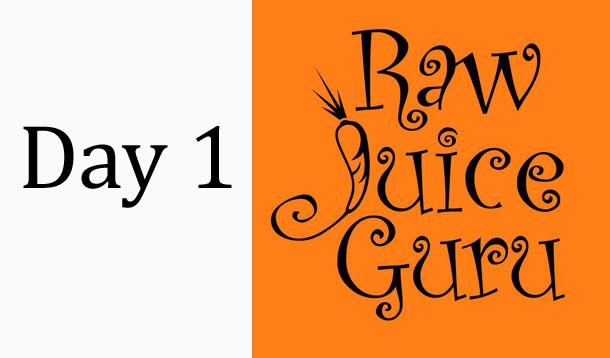 I did it because the concept intrigued with the added bonus that I'm cynical about doing any kind of cleanse. I feel we can get what we need in our day to day diet by watching what we eat and don’t really believe in cleanses. I’m typically a fairly good eater, getting in my 8 to 10 veggies and fruits almost every day and my fridge is always loaded with a rainbow of colours. What I really wanted to know is if I would feel a difference. But I was also concerned. I’m training for a triathlon and quite frankly, didn’t want the raw food cleanse to interfere with my training program.

Eliane Seyfaie, who is the creator of RawJuiceGuru.com, felt the program would enhance my training and had me send over the workouts I would be doing for the three days I would be doing the cleanse as well as any other ailments I currently have (including headaches, PMS, hormones, inflammation, and/or pains), concerns and or goals, so she could customize my plan.

Note 1: I wrote about the process as I was going through it but am posting it all at once.

Note 2: I’m doing the 3-day cleanse for free. As is standard with me I let the PR person know that if I did not like the program I wouldn’t write about it. I only ever write about something if I can stand behind it. Sending me a product or allowing me to use a service for free never guarantees a review.


Day One: Raw Food Cleanse (this option is a combination of juices and salads):

A cooler full of fresh juice and salad arrived at my door before 7:00am. The juice is freshly made each morning using a three hydraulic press juicer and deliveries are made daily between 4:00am and 9:00am. If you need an evening delivery, that can also be arranged. The juices and salads are numbered so you know which order to drink/eat them and Eliane told me I should be eating/drinking them every 90 minutes.

Detox tea which I can have anytime during the day.

Today I had boot camp (45 minutes) and an hour incline speed training on the treadmill. I was quite skeptical that having only juice before boot camp (Juice 1 at 7:00am and Juice 2 at 8:30am) wouldn’t affect my workout but much to my surprise, I had the same energy level as usual. I did my treadmill training one hour after having the zucchini pasta with the same result (and this was a particularly tough workout). But throughout the day I’ve had a feeling of low-grade hunger. Not starving, more a constant feeling of not being completely satisfied.

I will say that about 15 minutes after my second juice of the morning my intestines had a bit of a ‘cleaning out.’ Suffice it to say, my stomach is definitely less bloated.

I was exhausted by 8:30pm and went to bed at 9:00pm. Slept like a log last night only waking once and falling back to sleep right away. Usually I wake up at about 4:00am and toss and turn until I get out of bed at 7:00am.

Find out what happened on Day 2.