This Is The Year I Get Stuff Done 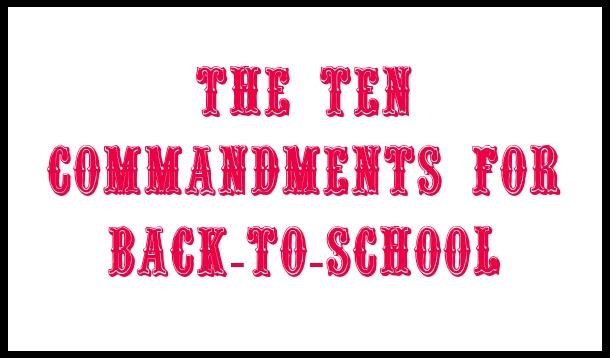 Every year it’s the same thing. I promise myself when the kids are back in school I SHALL GET SO MUCH DONE! Seven hours to myself. If I can get everything done in the summer when they’re home I can practically take over the world with seven full hours a day, five days a week, no?

Because about two weeks in I’m back to my old bad habits, sucked into surfing the internet (it's research!), emailing friends and the time suck that is known as BuzzFeed. But this year will be different. This year I will GET SHIT DONE. Because this year I have commandments. 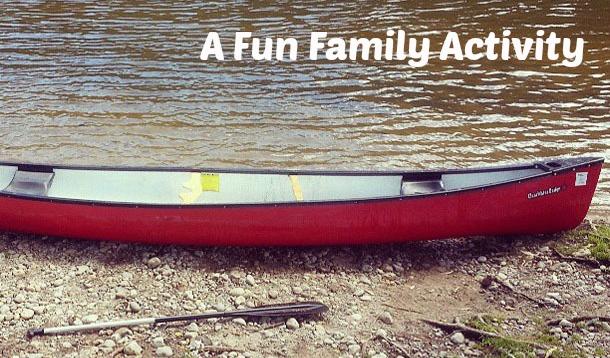 Our summer vacation took a bit of a detour when the resort we normally go to went bankrupt. Thankfully, we got our money back but instead of booking something similar we decided to forgo our summer vacay and booked a winter trip on a Disney Cruise instead.

This led me with the conundrum of trying to figure out how to entertain two boys for two months while I still fit in work. Essentially we’ve been doing lots of day trips.

Yesterday my husband and I took our boys canoeing and it was by far one of my most favourite excursions to date.

We booked through a company called Treks In The Wild which took all of the work out of our canoe trip. They provided us with the canoe, paddles, life jackets, a dry bag, safety kit and a map, plus they shuttled us to the start point and put the canoe in the water for us.

It was 2.5 hours of gentle paddling on the Grand River surrounded by nature.

And my children bickering, but that one is kind of a given.

So how do you make an outing like this successful?

1) Pack Snacks and Water: You’re out in the middle of nowhere for two to three hours. Want to know the quickest way to have your outing ruined? By having your little one say to you within the first five minutes, "I'm thirty/hungry." Don’t be caught without food and hydration otherwise that’s all you’ll hear about the rest of the trip.

2) Be Realistic: Originally we were going to rent individual kayaks for each of us but decided to go with the canoe since we were sure our youngest son was capable of doing the entire trip on his own. Smart move. We’d still be on that river if we had gone with the kayaks.

3) Let It Slide: My children bickered at least one full hour of the trip but instead of getting all annoyed and attempting to make them stop I ignored it which, as an aside, almost caused my head to explode in the process, but eventually they stopped.

4) Talk It Up: The pre-trip warm-up is almost the most important part. That’s when you make it sound SUPER EXCITING and OMG WE ARE GOING TO HAVE SO MUCH FUN!!!!! We could have been going to watch grass grow but by the time I was finished with those boys, they would have been excited to do it.

We’re planning on going back in the fall when the leaves change colour. I’ve already begun to talk it up because OMG — LEAVES CHANGING COLOURS, GUYS!

p.s. Not sponsored. Paid with for my own money because sometimes maintaining your sanity comes with a price tag.

Toothpaste Poisoning Is Not A Good Thing 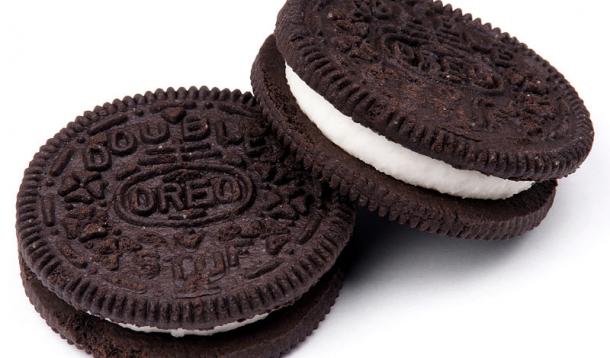 I am about to stop you from making the grievous error I made, so pay close attention to what you are about to read.

It all began the night my kids decided they would prank me by putting a very loud alarm clock underneath my bed and setting it for 4:00am, delivering a double prank blow by simultaneously (1) scaring the crap out of me and (2) causing me to crawl on the floor as I attempted to squeeze myself beneath our bedframe to shut it off. In that moment, as I stretched my arm trying to reach the ringing alarm clock with my ass-end in the air I knew it was on like Donkey Kong. The prank war had begun and they were going down.

The next day after I dropped them off at school, I marched my tired ass over to Walmart and bought a bag of Oreos and a tube of toothpaste.

Then I came home and removed the filling from an entire row of the Oreos and replaced it with minty freshness. I celebrated my incredible prank prowess by eating all of the fillings I removed from the cookies because I AM THE GODDESS OF PRANKS AND GODDESSES OF PRANKS DESERVE OREO FILLING.

That night we ate dinner, chatting and laughing, even joking about how funny their practical joke was.

I may have laughed a little too hard.

Finally the time came. My youngest son went to the pantry and got himself a cookie. He took a bite and chewed. I focused on him with a laser-like intensity.

Another bite, and still nothing.

He ate the entire cookie and didn’t so much as flinch.

But then a moment later icy cold dread filled my veins as he said to me “My mouth tastes funny.”

What child eats an entire cookie filled with toothpaste and doesn’t taste it?

That would be mine.

Which is when I began to panic because OH MY GAWD, my child just ate toothpaste and they tell you not to swallow it when you’re brushing your teeth. What the hell have I done?

So I googled it and you know what? Eating toothpaste is BAD. Like mother f*cking get your ass to the hospital bad.

This is the exact reason my husband doesn’t like answering my phone calls when he’s at work.

Thankfully, my son didn’t ingest enough toothpaste to harm him or even make him sick although I did make him sleep with me that night, just in case. And before you hop on the "you are an idiot" bandwagon: (1) Yes I am and (2)  there isn't anything you can say to me that I haven't said to myself 100 times over.

The lesson is: If you ever get sucked into a prank war with your kids, fill your cookies with cream cheese and not toothpaste.

p.s. The 'what ifs' of this pranks scared the crap out of me so much I have since retired from prank wars and refuse to retaliate. Even when my kids hid a walkie talkie in the bathroom and proceeded to shout into it as I attempted to relax in a hot bubble bath. Or when they taped plastic wrap to my bedroom door. Or put lemon juice on my toothbrush.

Basically I live in a house that's a time bomb of pranks waiting to explode in my face at any given moment. I've developed a tic.