The Scary, Silent Way that Drowning Can Happen Completely Undetected

Never Take Your Eyes Off Them For A Second

The Scary, Silent Way that Drowning Can Happen Completely Undetected 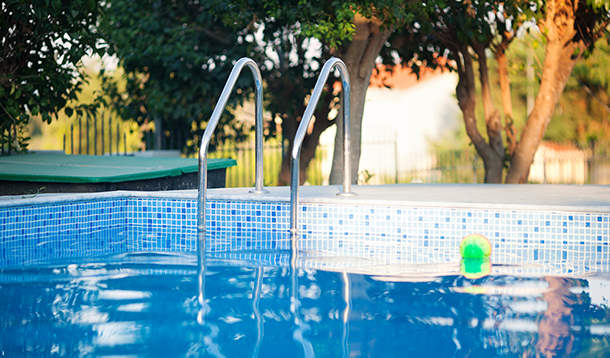 From a young age, my older son was afraid of the water. At a beach or pool he would tentatively walk in, stopping as soon as the water reached his waist, not going any further for fear of getting his face wet. Splash pads were a torturous medieval gauntlet he avoided by running around the outside edges of the pad while trying to figure out where the water would come from next to avoid being splashed.

Our second son was fearless. At 18 months, he would lay on his back in the tub, submerging himself completely then come up laughing and sputtering when the water went up his nose. At the beach, he would run into the water full force and laugh when he tripped and fell.

Our sensitivity to our older son’s fears and our complacency with our youngest son’s fearlessness made us careless.

We should have put life jackets on both of them.

We were invited to a pool party. We packed snacks, food, wine, towels and life jackets - two life jackets - but when we got there, we only put a life jacket on our older son. Our younger son was in the shallow end, we said.  He’ll be fine, we said.

Less than 10 minutes later while chatting and laughing with the other parents, out of the corner of my eye, I saw my husband jump out of his chair and run towards the pool.  I followed the direction he was going and immediately focused in on the two arms sticking out of the water.  The rest of our son was completely submerged. We were less than 10 feet away, but that run to the pool felt like forever.

Our son had misjudged where he was in the pool and stepped off the last step that went down into the deep end. He sunk like a stone. I had always thought they would float, their little chubby bodies still covered with a layer of body fat would be buoyant. But they don’t. They sink, and without a word.

It wasn’t like you see in the movies or on TV There were no yells or flailing arms or gasps. It was completely and utterly silent. Had my husband not seen his arms sticking out of the water, he would have drowned. He would have died before our very eyes on a sunny afternoon with children playing and adults laughing because we had been careless.

So I’m writing this to tell you not to be. If your child can’t swim, they should always wear a life jacket. Always. No excuses.

And you should never take your eyes off them. Not even for a second.

P.S. There isn’t any insult you could swing my way about how stupid I was that I haven’t said to myself 1000 times over. It’s been six years since it happened and I still have nightmares about seeing my son’s arms coming up through the water.

RELATED: How to Camp Safely Near Water

Your First Mother’s Day Without Your Mom

I So Wish You Didn't Have To Experience This

Your First Mother’s Day Without Your Mom 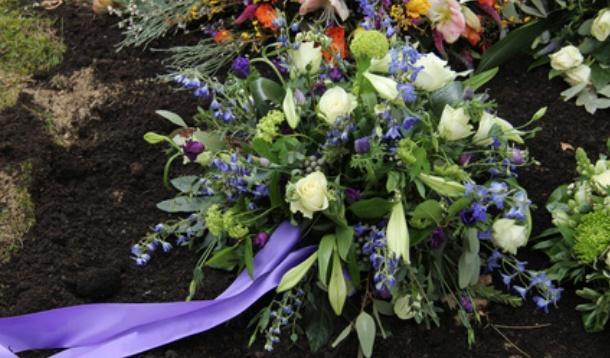 14 years ago my mom passed away less than a month before Mother’s Day, making that Mother's Day the second worst day of my life. That first year with my mom gone was like a punch to the stomach on every holiday and celebration she missed.

But that Mother’s Day? That was the worst.

I spent the day outside on my patio holding my newly pregnant stomach and cried until I thought I had no more tears left. I mourned all that she would miss, all that we would miss, and then I cried some more. The loud, hiccupping, can’t-breathe cry that makes it feel like your heart will explode into a million tiny pieces and you will never be able to pick up those fragments and create a whole heart ever again.

And now you’re the one experiencing it and what I want to do is reach through this computer screen, wrap my arms around you while you cry, and tell you everything is going to be okay.

But I can’t. Instead I will tell you this.

This Mother’s Day most likely will be terrible for you because it is the first one without your mom and the first is always the worst.

If you have kids, chances are you will feel conflicting emotions – both grief and happiness - sprinkled with a side order of guilt.

How can I feel happy on Mother’s Day when my own mother is gone?

But it’s okay to feel that happiness. You have kids who love you and want to celebrate how amazing you are and you know what? Your mom would have wanted that.

In the coming years you will find ways to honour your own mother on Mother’s Day just like I have. But for this first one? Just take care of yourself. Surround yourself with love and support and allow yourself to feel everything you’re feeling.

Even if you feel angry, it’s okay. That first Mother’s Day outside on my patio in between bouts of crying I yelled at my mom. I was so angry with her for leaving us. I raged at a clear blue sky, like somehow my anger could change it, that my rage would bring her back.

Any emotion you feel is completely normal.

Don’t ever let anyone tell you any differently

But most of all, I want you to know you will get through this even when it feels like your heart is shattering. You’re stronger than you think, and eventually those shattered pieces do come together to make a whole heart again - one that will allow you to think of your mom with a smile on your face instead of tears in your eyes.