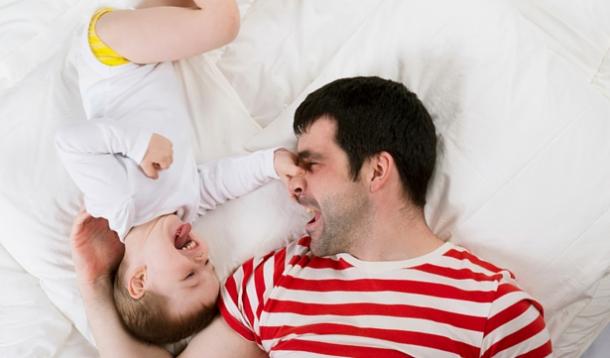 Category:
Family - Daddy
Tags:
why do dads get a bad rap
dads portrayed as buffoons on tv
why are dads on TV always bumbling
letting your partner do it their way
dads and kids
Sep
03
2015

Why Does It Even Matter? 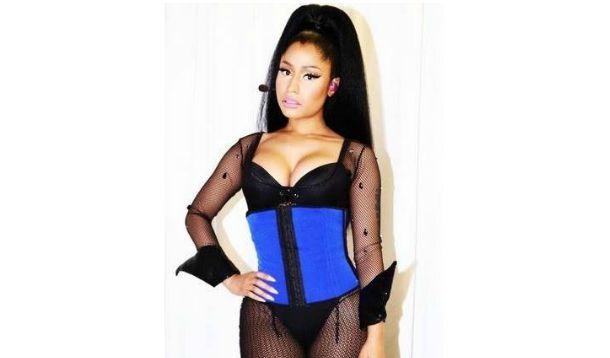 “love my waist trainer [email protected] nowaistclique.com ~ I warmed up everyday on tour wearing this to stay in shape.”

So is this what we’re wearing to the gym now? A corset?

To which I say…. WHO THE HELL CARES.

I wear makeup when I work out. I mean, I don’t specifically put it on to work out but I do put makeup on every single morning, even when I’m going to Bootcamp or for a run. I like to wear makeup. I can go five days without washing my hair but unless I have on some under-eye concealer, mascara and lip gloss, I won't walk out of the house. It's an insecurity thing, this I know, but it's my thing and I'm okay with it.

What I'm not okay with is that I’ve had people comment on the fact that I wear makeup when I work out, have seen the stares with whispers, and read mean-spirited comments on the internet about girls who wear makeup at the gym. 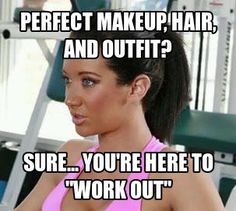 Guess what wearing makeup while I work out has never done?

It’s never affected the number of pushups or burpees I can do.
It’s never stopped me from running 10k.
It’s certainly never held me back in any of my triathlons.

Oh, and it hasn’t stopped me from being the fittest I’ve ever been in my 46 years on this planet.

But aren't you worried about your skin, Sharon?

To which I say, "Why are you worried about my skin?

A few weeks ago I saw someone running in shorts and a sports bra. She was confident and working hard and yes, there was a little jiggle to her middle. In my head I made a mean-spirited comment about it but that silent judgement left me feeling a little sick to my stomach.

I’ve learned that the moment I become judgmental about someone else, that is the exact moment I need to look within myself and ask why. The truth is I was a bit jealous. Not because she had a perfect body but because she had the confidence to not care what anyone else thought. Including an asshat like me.

Which brings us back to the corsets at the gym.

Who gives a shit? If someone feels confident working out in these corsets, what’s the big deal? The fact is…THEY ARE AT THE GYM WORKING OUT. In a day and age where parents may outlive their kids because there is an obesity epidemic going on, don't we have bigger fish to fry?

Tell me this...How does what another person is wearing affect you working out? Shouldn't you be more focused on what you're doing instead of checking out outfits?

You’re both just being you.  Neither of you is right OR wrong.

So the next time you’re at the gym and you see someone wearing an outfit you wouldn’t wear or a girl is wearing makeup while she works out and you’re about to make a silent (or not-so-silent) judgement, ask yourself this.

Why are you worried about what someone else is doing?

RELATED: Dudes. We Don't Need To Document Every Aspect Of Our Lives