In The End, It's Not About The Food 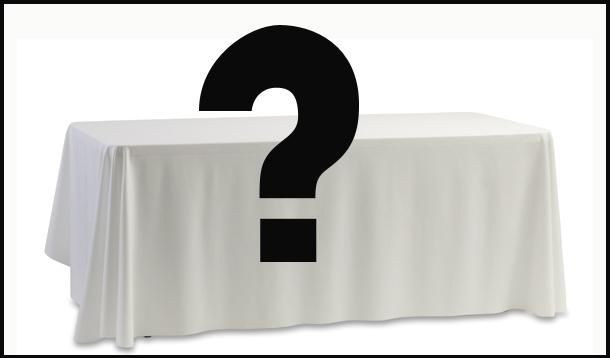 I imagine if I were to have a last meal, my very last meal on earth, I wouldn’t choose.

There would be beef, chicken, and fish along with sides of pasta, rice, and every salad imaginable (but a good Caesar laden with garlic and hot, crisp bacon would be a must), accompanied with fresh warm bread straight from the oven dipped in expensive olive oil and balsamic vinegar.

The table would have bottles of both red and white wine, and unlike the olive oil and balsamic vinegar it wouldn’t have to be expensive, only my favorite stand-bys that I have found throughout the years and love because of their taste, not their price.

The meal would then end with loads upon loads of dark, milk, white, sweet, bitter, molten lava, truffled, decadent chocolate, smooth, and heavenly in my mouth with not a moment’s worry about where it would end up afterwards.

But in the end, none of that would matter because the meal would not be about what I ate but who I ate it with.

There would be no quiet table in the corner for me. It would be loud, chaotic, and boisterous with my husband and sons front and centre, though not at the head of the table. No, I would want us to be mixed in with our guests—our extended family—sisters, brothers, aunts, uncles, cousins, in-laws, and the relatives we see only at weddings and funerals and then walk away shaking our heads as to why we don’t visit more often, promising to do so in the future.

Of course, I could never forget the family of my heart, the family that we choose—friends. Both the old and the new, and everyone in between.  Their children would be there too because we are mothers and the celebration would not be complete without our children.

I picture it at a table outside on a stone patio beside a lake with the sun shining down and large white clouds dotting the sky, a warm breeze blowing across our faces and erasing all humidity from the air. There would be white table cloths, comfortable chairs, and china dishes. But not fancy china. This is one meal that wouldn’t be ruined because small hands broke a dish. If something was dropped, we would sweep it up, dispose of it, and laugh at the silliness of ever choosing a child’s feelings over a plate.

We would celebrate with laughter and good natured yelling, bodies half out of our chairs as our outstretched arms reached across the table to pass the platters around yet again. The stories of our lives would be poured as freely as the wine and when it was all said and done, when our bellies were full and we were leaned back in our chairs enjoying the evening, one by one, I would tell each person how much they mean to me and why.

That's how I would spend my last meal.

I imagine it’s how we should spend every meal.

Rational Rules For The Rink 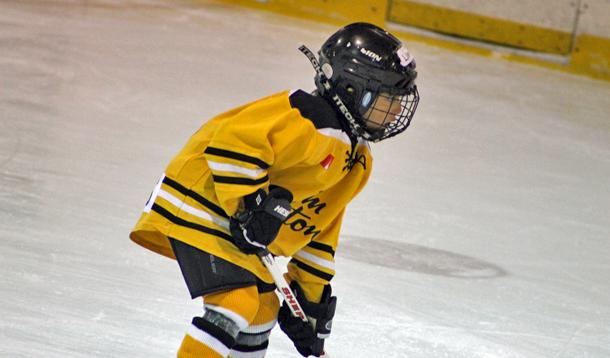 I've been a hockey mom for about five years now. First with my older son who then moved over to speed skating and now with my younger son. Between their two schedules, I'm at a rink a minimum of five times a week. Through the years I've learned a thing or two about how to be an efficient, organized hockey mom and how to stay warm and well fed while doing it.

Here are ten rational rules for the rink to help you make it through hockey season.

Keep The Hockey Bag Fresh
If you think your wee one is too young to smell, think again. I have a husband who plays hockey, a son who plays hockey, another son who speed skates and I speed skate. We all work up a sweat and we all smell—even the little ones (sorry, it’s true). The smell from sweaty jerseys, jocks and skates then gets transferred to everything else in the hockey bag. To help combat sport stink, here are three tips.

(2) Remove the bag from your vehicle and open it up to air it out (we do it either in our basement or the garage). 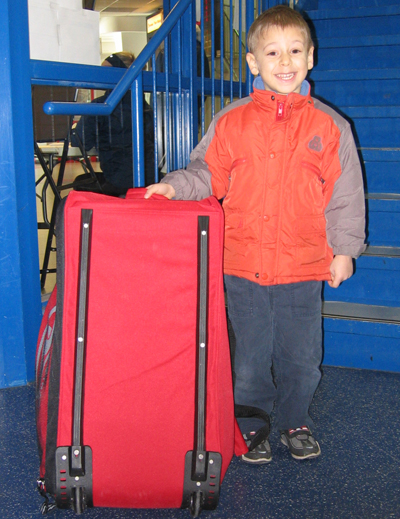 Teach Your Children To Put On And Take Off Their Own Equipment
This is a two-fold tip (1) it teaches your child independence and (2) it takes the onus off you. Even if you have a little one who is just starting hockey, you can start the process of teaching him how to put on his own equipment by making a game of it. Start by having him choose each piece of equipment he is to put on next. Then as he gets older, have him find the piece of equipment and put it on himself (correcting any mistakes along the way—the equipment needs to be worn properly to help keep him safe).

The one caveat to this tip is tying hockey skates. Little hands don’t have the strength to pull the laces tight enough. Get used to the fact that you’ll be tying laces for a few years.

Waxed Laces
This brings to me to hockey laces. After years of tightening and re-tightening skate laces, I discovered laces coated in wax. Regular laces can be difficult to get tight and can loosen up as your little one is on the ice. Waxed laces are designed to stay tight because the friction of the wax keeps them in place. I can't even express to you how much waxed laces have helped me.

Keep A Calendar
My first year being a hockey mom I showed up at the wrong arena for a practice—twice. Create a calendar to keep track of when and where your child should be to avoid missing any games or practices.

Bring Blankets
Even if you’re bundled up it’s always great to have a few blankets. If you don’t use them for warmth they make a cozy cushion. Arena seats can be very hard.

Pack An Activity Bag For Siblings
Little ones can get bored watching hockey which leads to complaining and/or them wanting to take off and run around. Pack a bag filled with simple activities like colouring books and crayons, books, small toys, and handheld electronics (if you have them).

Teach Your Children Good Sportsmanship
Disappointment is a part of playing a sport, they’re not going to win every game. Take the time to teach your children how to win and lose like a winner. This includes congratulating the other team if they won, supporting their teammates when they lose, and no trash talking. Excitement at winning the big game is allowed. 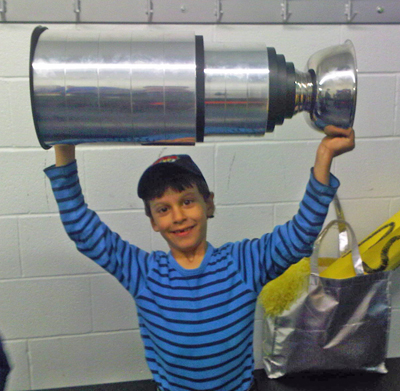 And parents? I can’t stress this enough. Set the example! Don’t be the parent yelling at your child to skate faster, criticizing the kid who missed a goal or screaming at the referee because he made a “bad” call. Hockey is a fun sport—don’t ruin it for the kids with your own unsportsmanlike conduct.

Wishing all the hockey moms and dads a great season filled with hot coffee, cool rinks and fun times at the arena!

Sorry Fall, But You Are A Complete Bitch 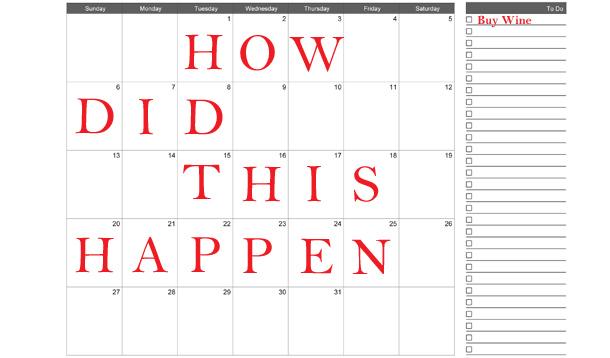 I just looked at my calendar for the next two months and am now completely stressed out because we are booked solid. This isn't even extra stuff. This is every day school/activities/me trying to have a life stuff and I only have TWO KIDS with each only participating in one activity. I didn't even sign them up for swimming because I'm trying to keep it low key. But now there is us being out five days a week for kids' activities, a weekend away at a skating meet, a weekend away at a conference, writing deadlines, work and meetings.

I stupidly thought that with the kids in school I would have more time, and I do, sort of. But I also want to do stuff like the exercise program my husband made for me. And more freelance writing. And hanging out with friends. But...HOW THE HELL DID THIS HAPPEN?

I mean, how dare I try to meet up with a friend for lunch. What is up with that?

And let us not forget the forms. School forms, extra-curricular activity forms, lunch forms, Scholastic orders, medical forms.  Why am I getting more homework than my kids?  Also, can someone explain to me why the hot lunch forms are not handed out on the VERY FIRST DAY OF SCHOOL? Those are forms I would fill out in a nano-second.

I'd also like to give a big sarcastic curtsie to Mother Nature for sending cooler weather our way because you now just added doing the clothing switchover to my list.

As an aside, did you all realize that Thanksgiving is super early this year? Yep. October 8th. Gobble Gobble.

The thing is, it's not the organizing of it all--that I actually have under control with a calendar system that is beyond efficient. I mean, except when I put something in under the wrong date like I did last week. It's the stress of knowing I will have to do it. The shuttling, volunteering, deadline, trying to have a life thing.

After the laid-back, lazy days of summer, I'm kinda thinking fall is a bitch.