Be Careful Who You Shake Hands With at Work

Be Careful Who You Shake Hands With at Work 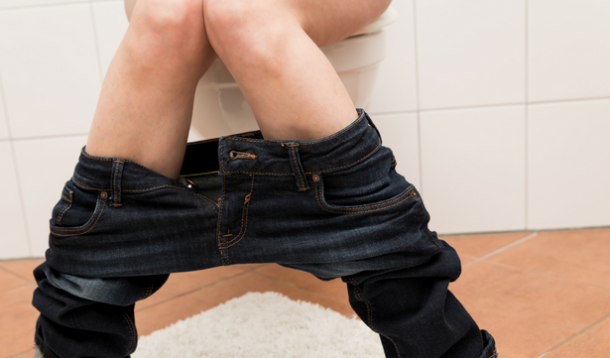 The reasons for the secret ‘cleaning out the account’ sessions ran the gamut from stress relief and curing a hangover to just general randiness.

I’m all about multitasking but I have a hard enough time fitting in my regular work into my workday gig without adding in a menage a mois. Where do these people find the time? And where are they doing it?

It turns out privacy isn’t necessarily an issue. While some people had single-use bathrooms to free willy, there was one responder who wasn’t opposed to doing it in a public stall. Apparently, he’s quite quiet.

I get that all work and no play makes us boring and that many of us want to go the extra mile for our jobs. But maybe it’s best to keep your communing with nature sessions for at home.

In the meantime, please use this hand sanitizer before we shake hands.

A BTDT Love Letter to the Parents of that Baby Who Never. Stops. Screaming.

A BTDT Love Letter to the Parents of that Baby Who Never. Stops. Screaming. 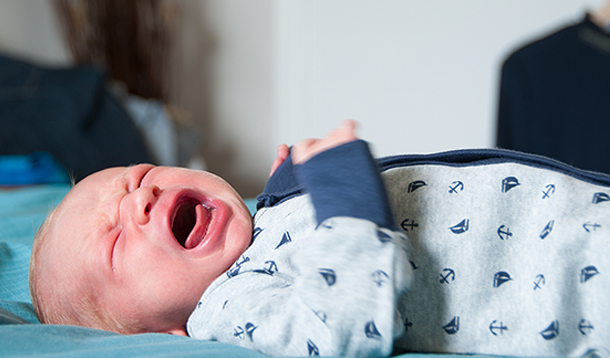 My first son had a tumultuous journey coming into the world. Everything that could go wrong with my labour and delivery did and he quite simply didn’t want to come out. When he finally made his entrance, he looked around for a few minutes and then fell asleep. He was, in fact, such a great sleeper that my husband and I got cocky and would pat ourselves on the back for being such amazing parents. “What’s so hard about this?” we asked as we chuckled. This pattern continued as he grew. At eight months old he would wake up in the morning making sweet cooing sounds until we came to get him. At 2 ½ he was still taking a daily nap leaving me a few hours to myself each day.

Then I got pregnant again. Unbeknownst to me, I was about to get kicked in the face with a hard dose of reality known as a screaming baby.

This birth was very different. He was in a hurry to get out and see the world. This was confirmed by the nurse who came in to check me and saw he was already emerging and went tearing out of the room in search of a doctor. It was all over in seconds and there he was staring up at me with big, bright eyes. Those bright eyes stayed open for about another eight hours. He refused to fall asleep. Nurses came into our room to see this baby who was still awake and would make comments along the line of how newborns typically fall back to sleep quite soon after birth and they were surprised he was still awake.

It was our first warning at what was to come.

When I tell people about our baby who screamed for pretty much the first entire year, the typical response is, “Oh, you mean he was colicky.”

And this is where I tell you the difference between having a baby with colic, which is also hellish, and a baby who is a screamer:

Colic has a beginning and an end (although it doesn’t feel like it at the time) and typically happens at certain hours in the day or night.

After a few weeks, I was completely exhausted, as was my husband who took the night shift, and my toddler who didn’t understand what the hell was going on.

I spent hours walking around the neighbourhood with this screamy little being getting looks from people like I was the worst mother ever. I would walk and he would scream until he finally just konked out. You could see the question on their faces, “Why isn’t she comforting him?”

The short answer is because nothing worked. None of the typical things that any person or book suggested made the screaming stop.

When he wasn’t screaming my son was always on high alert looking around, needing to see everything. His curiosity was unstoppable. When he woke in the morning he would immediately want out of his crib (and as he grew, his bed) to get on with the day. There was no transition from sleeping to waking for this little guy, it was 0 to 60 in less than 10 seconds. He began crawling at six-months-old and it’s no surprise to any of us that today he’s a strong runner with sprints being his specialty.

If you are the parent of a screamer you will understand the intense emotions involved. You love this child SO MUCH and yet you pray, PRAY, for just a few moments of silence. I must have made a million promises in my head to any entity that would listen.

So if you’re reading this and are the parent of a screaming baby, I’m going to tell you a few things I wish someone had told me.

Buy yourself some earplugs or listen to music with ear buds. Just because your baby is screaming doesn’t mean you have to subject yourself to it every hour of the day.

Think outside the comfort box. None of the regular stuff worked with our little guy but you know what did?  Movement. The walking movement, not so much but if I bounced on an exercise ball he would stop screaming within 20 minutes (this was miraculous).  We also bought him a swing and while the slow swinging motion did nothing, when I put that sucker on high he’d fall asleep within moments. It probably cost us about a hundred bucks but I would have paid $10,000 for the peace it brought all of us.

Try to find some sort of backup. A friend, a family member, your partner…. anyone who can take your little McScreamerson for an hour. You’d be surprised how easy it is for someone else to carry a screaming baby when they know they can give him back. I became such a familiar sight walking around and around and around our neighbourhood that one night a neighbour knocked on her window and waved me into her home so she could carry him for a while just to give me a break. It became a regular part of our routine.

The reality is it’s a tough road and you have most likely lost your shit, more than once. My shit losing made it into the high double digits. You’ve probably cried numerous tears. You’ve broken down in stores and while on walks. You’ve sat in a van crying while your baby screamed. I bet there have been times you’ve screamed too.

Here’s what you need to know most of all. You are not a horrible person for any of those things, you are simply human. Caring for another human being is difficult. Caring for a human being who is screaming a large part of the day can feel near impossible.

But it’s not impossible. You will get through this and at some point you may even look back and laugh, although that part may take a few years.

I’ve been there, I’ve made it through the other side. You can too. You’re not alone. You’ve got this.

p.s. If a baby is screaming for no reason your first stop is to see a doctor to make sure there is nothing wrong. It’s what we did, and nope; nothing wrong. Just screamy.

RELATED: 6 Ways To Get Your Newborn To Sleep At Night