A few surprises, and a lot to talk about! 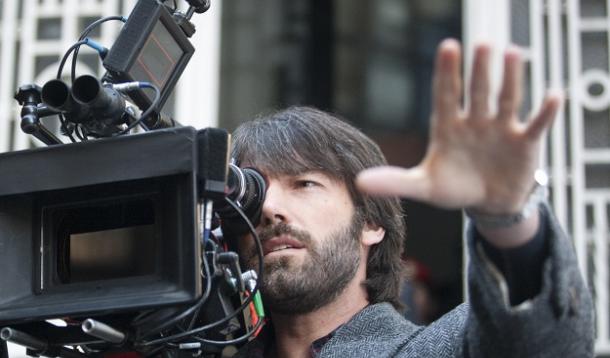 WOW! Just finished watching the 2013 Golden Globes and there's so much to talk about that I'm not entirely sure where to begin, so let's start with the clothes. There were some amazing looks, some OK looks and some mehs, but I'm calling this year's show the Year of the Red Dress. And not just any red dresses—there was a boatload of bright bright red. My personal favourites of the night were a tie. In Dior: Jennifer Lawrence, Best Actress, Comedy or Musical winner for Silver Linings Playbook and presenter Lucy Lui in Carolina Herrera. 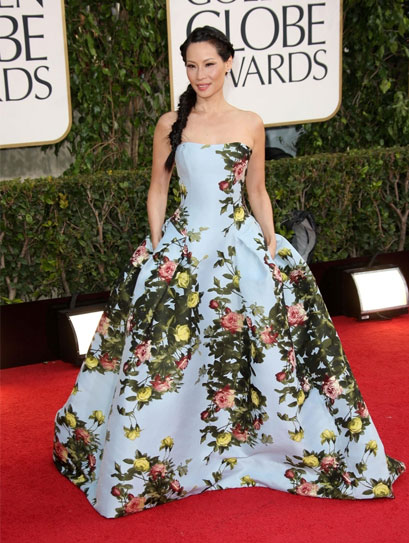 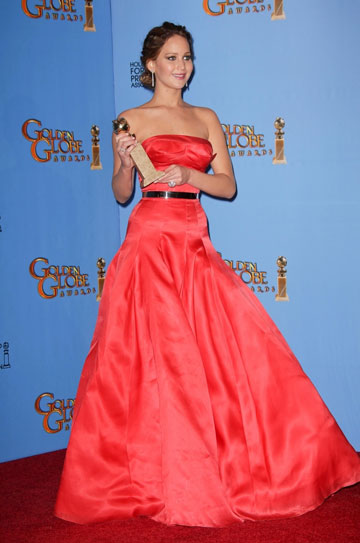 Other honorable mentions also go to Marion Cotillard, Zooey Deschanel (in Dior and Oscar de la Renta respectively), Jodie Foster in Armani (more on her in a moment) and hostesses Amy Poehler and Tina Fey.

And what about those hostesses? Amy and Tina are quite possibly the funniest two working comedians right now, and they set the tone for the night: The Year of The Woman. Funny, smart, sharp and wild, the two were terribly under-used for the show and that was a shame. Do you think it's still time for The Academy to fire Seth McFarlane and bring these two on board to host the Oscars?

I digress. Some of the big misses of the evening for me were Lena Dunham, Jessica Chastain, Sienna Miller and Julianne Hough, but the dress I liked least was Anne Hathaway's—even though Ali really liked it! She's been doing some daring stuff lately, and I was really hoping for something a little less, well, boring. 30 lbs of crystal. Yikes.

But what about the awards?!

There were some real shockers of the night—the biggest for me being Lena Dunham beating out 4 better actresses for Best Actress in a Comedy or Musical Series. Amy Poehler should have taken that award. Then, Dunham winning again for her show, HBO's Girls? So surprised (but I absolutely dislike the show and don't find Dunham funny at all).

Another surprise win was that of Ben Affleck's Argo winning best picture. I think everyone enjoyed the fact that it was nominated, but were looking at Zero Dark Thirty or something else to take home the Best Drama statue.

The biggest surprise that wasn't really a surprise was Jodie Foster's Cecil B. Demille Lifetime Achievement award acceptance speech. Rambling at times, she wanted to officially tell everyone that yes, she is gay and that yes, she is single. Still friends with her ex-partner and her kid's co-parent, my favourite part of that speech was how confused Mel Gibson seemed. Although, I will admit that I cried at the end when she started talking about her mum.

Not a surprise, and totally well deserved? Adele winning Best Original Song for Skyfall. She's bubbly, sweet and down to earth. Also not a surprise—all the love for Les Miserables. Hollywood loves a dramatic musical, it seems. Since these awards are set up quite differently than The Oscars, it'll be very interesting to see how that show plays out in about 6 weeks. For a full list of winners, check out the HFPA website.

All in all, this was one of the best awards shows I've seen in a very long time. I loved following along with everyone on our #YMCGlobes hashtag. Can't wait to do it all again for The Academy Awards!

So, spill it! What did you think of this year's Golden Globes?

Kat Armstrong: Celebritease Kim Kardashian Is Having A...