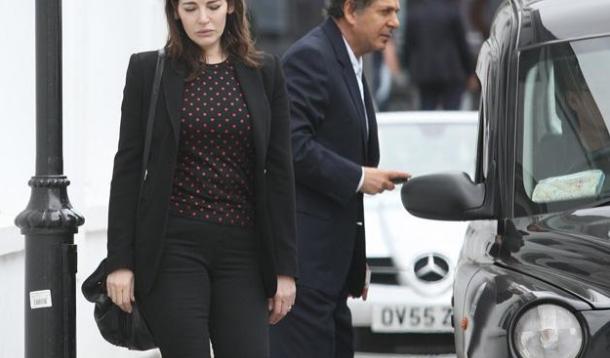 As Nigella Lawson's divorce starts to play out before the courts, some new allegations have come to light. Her two personal assistants—who she has previously thanked in her books—say that she is a daily habitual drug user and that she bribed them to stay quiet with the use of her soon-to-be-ex-husband's personal credit card to the tune of 300,000 pounds over the last 10 years.

Her husband (who you will recall was caught physically assaulting her on camera), says he belives the claims are all true. I have no idea what to think, but I am finding it hard to believe that she is a habitual cocaine user. But that might be just because my love of her shows over the years is clouding me.

I've seen brutal divorces before, and I feel like her husband is probably doing everything in his power to destroy her reputation. Because he said he would. Because he's a bully.

This divorce is going to be terrible and I think Nigella's name may be destroyed, but I think that's exactly what her husband wants to do to her — destroy her.

What do you think of this recent allegation against Nigella Lawson?

The "Sexism" Test Is Now Being Applied To All New Releases 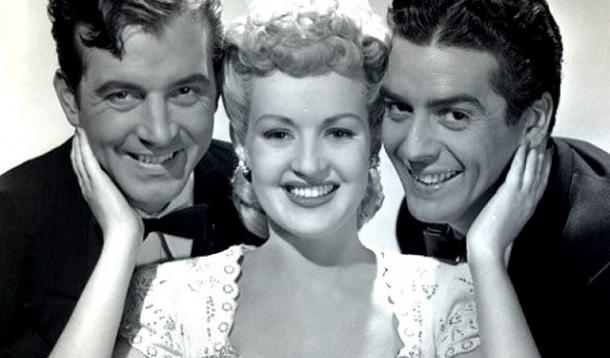 For those who aren't up on modern feminist lingo, The Bechdel Test was created by feminist cartoonist Alison Bechdel in her comic Dykes to Watch Out For and works this way: for a movie to pass this test, it needs to have at least two female characters who converse with each other about something other than men. Sadly, most movies don't actually pass the Bechdel test (think about movies you love, now think about if the female leads talk about anything other than men). Surprisingly, some movies do pass Bechdel with flying colours (Machete Kills passes the test, while Star Wars and Lord of the Rings do not), and you can actually look up a movie on the Bechdel Test website.

Recently, in Sweden, four movie theatres have added The Bechdel Test rating to their films in order to draw attention to the fact that very few movies actually do pass a test that we would all think is so simple that most should.

I think adding the rating is a great idea because I think even many women who think that equality is mostly achieved will be shocked to see how far from true that idea is. Very rarely in cinema do we see two women actually conversing about anything other than men, and when we think they might, they don't. Romantic comedies don't always pass the test, Sci Fi rarely does and Action disappoints, too.

One of my favourite holiday movies, Love, Actually theoretically passes because Emma Thompson's character, Karen, has a brief conversation with her daughter, Daisy, but it's the only time in the entire movie that two women are not talking about men. I don't know about you ladies, but I BARELY talk about men with my friends. It's probably less than 5% of our conversations.

Instead, I assume that most women talk about the same things that I do when conversing with other women. Here is my order ranging from what I love talking about to least talked about (your order may be different):

Way down at the bottom: men. Yet, according to films made by both men AND women, I should only want to talk about men, 100% of the time.

Sorry guys, I love you, but what can I say that needs repeating? Not a damned thing.

Does the Bechdel Test stop me from seeing movies? Nope. What it does do is help me think more critically about the pop culture I'm consuming and how to discuss things with my boys as I raise them. Help them to be critically thinking feminist men who appreciate women for more than their relationship to the men around them.

Because we are more than that. We are SAHMs, we are WAHMs, we are business women, friends, sisters, and children. Our worth and our lives don't revolve around the men we keep our company with; our worth lies in who we are and what we're interested in. And we sadly still need to be reminded of that.

What do you think of the Bechdel test being added to some Swedish theatre's film ratings systems?

New comedy from Disney will be a holiday crowd pleaser 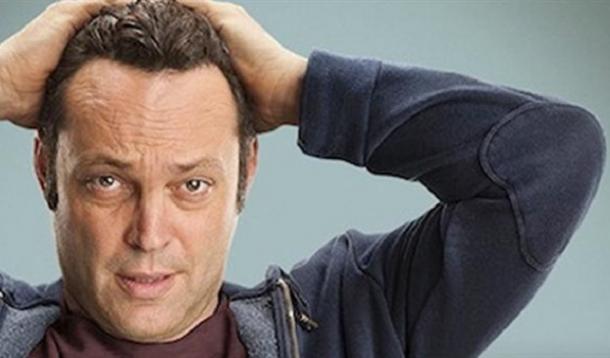 Disney's Delivery Man is based on this premise (after a Canadian film called Starbuck) and stars Cobie Smulders and Vince Vaughn. Less straight-up comedy and more "dramedy," the story centres around hapless David Wozniack as he finds out that his prolific sperm donation in the early 90s (more on that in my interview) lead to him inadvertently siring over 500 kids.

I got to see the movie a few weeks ago and speak with its leading lady, the lovely Canadian actress Cobie Smulders. As per usual, Lauchie was my helper (I'm going to be so sad for the days when I can't take him on interviews anymore): Cobie is also a mum and quite possibly one of the most beautiful women I've ever seen in real life before. It was interesting to get her take on the movie, which you can listen to in my interview, embedded below.

The movie surprised me both with how cute it was and how funny AND sad it was. Dare I say that the movie had pathos? Am I even using that word correctly? One of the nice things about the movie that really tugged at my heartstrings was watching his character go from childless to loving father seemingly overnight. It was like watching my own husband go from single dude to dad on the day Henry was born. And I wonder, what would I do if I found out that Matt had inadvertently fathered over 500 kids? I'm not sure I'd even be mad. It's not like he's a lothario!

This movie would be fully acceptable to see with older kids (early teens) as one of those holiday at the movies sort of Sundays, and in fact, I think you SHOULD go see it with your (older) kids. It's a hyper-realized version of what parental responsibility looks like and if that doesn't keep their child making years at bay for another two decades, I don't know what will!

Delivery Man also made me really want to see the original Quebec-made version, although, I think the two films are very similar as the writer/director of the original were heavily involved here. And while this movie wasn't perfect, it's definitely a good little premise for anyone looking for some escape this holiday season.

Delivery Man has me wondering: What would you do if you found out your partner had fathered a number of other children—besides yours?

Kat Armstrong: Celebritease Having Babies: Is 40 The New 30?