Proof that regardless of what you have, motherhood is universal 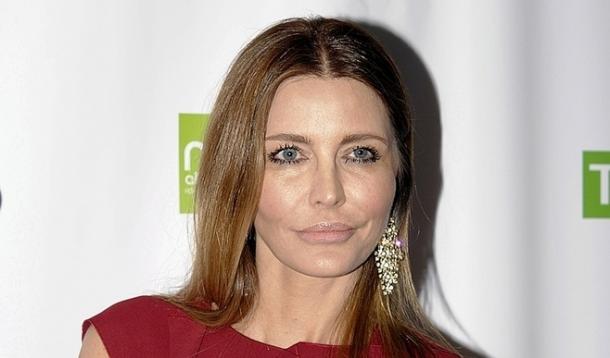 Now that we saw that football game in the middle of the Beyonce concert, television has much more to offer. Case in point? Season two of The Real Housewives of Vancouver begins this Tuesday, February 5 on Slice Canada. The cast has three new housewives and three returning. One of the housewives that got tongues wagging most in season one was Ronnie Negus—she of the white wine (as portrayed by the producers). I had a chance to chat with Ronnie about season two, the near death experience of her daughter Remy in season one and how that, the show, and motherhood have changed her outlook and trajectory in life.

Need help finding something great to watch on TV? Check out these five great shows to watch right now.

Tell me a bit about yourself, your background and how you came together with the real housewives.

You know, I don’t know how my past lead me to the RHW. I was headhunted. I was down in Napa, and Mary kept saying, “Fill out an application,” and one thing lead to the next, and I kept getting called back. I wasn’t sure I wanted to do it and I didn’t want to make any impetuous decisions. I kept saying no, there is no way. my husband is very private.

A very good friend of mine from Spain said, “Why wouldn’t you do it?” and I thought he would say don’t do it. He said, “Are you going to let what other people say about you dictate your life experience?”

This is my life, and what a unique experience. The universe conspires to give us what we need and this has allowed me to raise so much awareness around special needs, I’ve had hundreds of stories on Facebook thanking me for sharing this story.

What’s it been like filming, and what brought you back for season two?

There were two reasons: I may, in some ways think that I went back a little too early (after daughter Remy's accident). But, when I talk to my therapists, they say that me jumping into something, and keep living my life and carry on, it is important. The producers were very concerned and we talked.

You dust yourself off, and you keep going. For me to get back into the housewives, I didn’t want to sit and dwell. I suffered, I was having panic attacks.

The other reason was besides the fun and meeting people, it’s not all misery. I didn’t think that the viewers saw an honest version of me. I couldn’t be the mother that I am if i was falling down drunk. This year, people will see way more of my mommy side. I didn’t want to stop and for people to think, “Oh yeah, that drunk.” We’re all human, and we all err and we make mistakes. and the viewers appreciate honesty.

Anything you are surprised about being part of the real housewives cabal now that you didn’t know about before?

I guess the only thing is that people think that your life really changes. I hope that the ladies on the show don’t use their star status and that they have fans. My family, my marriage my children are first and foremost. The only thing that really changed is that the whole country knows who I am. a year ago, I’m a private citizen, now i walk through a mall, and 14-year-olds are screaming my name.

You had some very poignant and serious moments with your kids in season 1—did you expect to bring them into the show in that way?

It brought the REAL to the real housewives. I never expected that to happen. I can now talk about it without crying, but it took time. I had to get EMDR treatments, I had PTSD. Unfortunately, I wish I could put that night behind me, but it will always be there. Talking has been good therapy. EMDR treatment is you reliving the trauma over and over again until you get over it. It’s been a journey, really hard, but she’s alive and she’s with us, and I celebrate her life now. I don’t say “she almost died, I say she’s alive.”

The greatest stress a human being can endure in a lifetime is the loss of a child. I always think, “The fragility of life! Every day we are here, enjoy it. Make it a good one and laugh and celebrate it.”

Were you friends with any of the other women outside of the show before it started?

I didn’t really know any of them but Mary. I knew Christina, but we have a very long history. But I didn’t know anyone else. And this year, I didn't know any of the new girls before this season. Of course, there’s growing pains in the beginning. But, they adapted quickly, and everyone’s getting along...and not getting along.

Do you feel like your appearance as a main player on RHW has affected your philanthropic work, or your businesses in any way, negative or positive?

You know, it hasn’t affected the things I do for charity, although I was concerned and nervous being on the board of directors for BC Centre of Ability. They were probalby wondering WHAT THE HELL? Of course, those thoughts went through my mind.

I’ve just been offered a few very interesting and exciting business opportunities (because of the show). I also think that when you are helping charity, and you are raising awareness and your heart is there, I don’t care if you are an alcoholic, as long as your heart is in the right place, that’s good.

What can we expect with season two, besides some new women?

Whole new set of dynamics. For me, this year, nearly losing my daughter, I have zero tolerance for bullshit and I’m more verbal. I think that this year is going to give season 1 a run for the money. Thank god, this year, these three new people have added something else. A lot of last season’s stuff got old. The new girls added a lot. You see the relationships unfold, and you see the way people gravitate towards eachother. In some ways, people started going, “Oh, I want to hang out with her, or get in her camp.”

Anything to add, in your own words about RHV?

I've been with my husband almost 15 years.  I’m kind of a quiet person, believe it or not. I’m often hanging out at home in sweats and a tshirt, cooking, spending time with my kids. I value the friendships my husband and I have.

I love being a mommy and wife and I was built for it. And the show’s been interesting and fun, but should I leave it tomorrow, I’m ok.

I have to say, I was pleasantly surprised speaking with Ronnie. If my conversation with her proved anything to me, it's that reality TV show producers are really good at manipulating footage to convey whatever they want and not necessarily what is the truth. I'm very interested to follow her story for season two of RHV and meet the new women on the show.

So, spill it! Are you a fan of The Real Housewives of Vancouver?