I have to admit, I'm smitten with the product and the actress 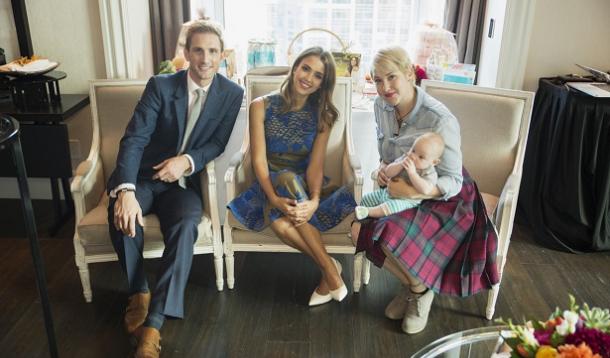 A few weeks ago, I got an invite to sample new product from a company run by actress Jessica Alba and author/environmentalist Christopher Gavigan called The Honest Company. I knew nothing about it, but I was interested as soon as I saw the word diaper (we were planning on doing cloth with Lauchie the same way we did with Henry, but he seems to get a brutal diaper rash from the cloth diapers). The company just launched in Canada after nearly two years of service in the US and offers affordable, natural products for home and baby. And when I say affordable, I mean affordable.

Since I brought Lauchie with me, I was able to actually try the Honest diapers, and I have to say, I'm a convert. I'm waiting for my first order to come in the mail, and I'm REALLY excited about the cute prints. I'm also excited about not having to drive anywhere and pick up diapers. Because Honest works mostly from their warehouse, the cost stays down and you get your products right to your door. Pretty great business model.

The funny thing is, that when I mentioned on Facebook that I would be meeting with Alba and Gavigan, and that I was excited to try the product, a bunch of friends said they either enjoyed the product or were excited to hear my thoughts. I felt like I was living under a rock. But like I said, I'm now a convert. And, to be totally honest (wakka wakka), I think a lot of you will be, too. Especially if you are into natural, chemical free products for your family.

And as for Ms. Alba, she was lovely and adorable and a real pleasure to meet and speak to. Christopher scooped Lauchie up from me before I could even produce a blanket for spit up. They were genuinely excited about their product and really lovely.

Have you used any of the Honest products? Are you a fan?

Do You Swear In Front Of Your Children?

How this rock 'n roll mommy is changing her ways

Do You Swear In Front Of Your Children? 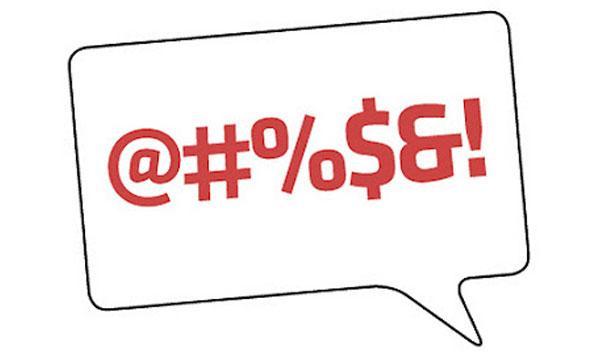 I swear. A lot. Like, a whole hell of a lot. The common refrain around our house (via Matt) is, "HEY! Watch the eff bombs!" I know I have a problem. But for some reason, I always thought I was just being "me." But I think I got stuck swearing so much because this has basically been my cultural upbringing (NSFW DUE TO LOTS OF SWEARING):

YOU SON OF A MOTHERLESS GOAT! Classic.

But something happened recently. Something that made me both try desperately not to laugh and recoil in horror at the exact same time (which is something that's actually impossible to do, FYI). Henry swore. And he didn't just parrot back. He said something he's heard me say without skipping a beat — and finished my sentence.

Picture this: my whole family is in the car. We have both kids in the back and Matt and I in the front. Someone "changes lanes" (I use that term loosely) without signaling and cuts me off. Matt says, "Woah!" I say, "Did you see that? Holy..." Before I can finish my sentence, I hear my sweet little angel's voice from the back:

Yeah, mummy. WHAT AN ASSHOLE. 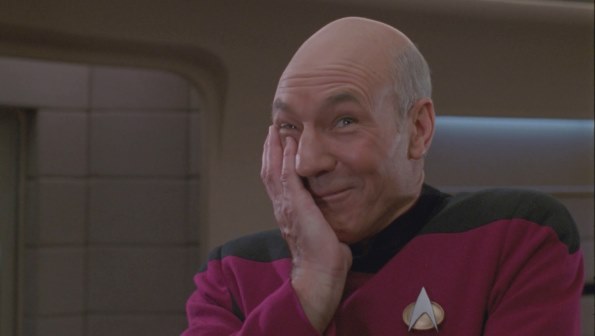 Ok, so pretty hilarious if it wasn't my kid or if it wasn't directly my influence that caused the kid to say such a thing, but this was my fault. He spends lots of time in the car with me. For some stupid reason, I assumed that he wasn't paying attention to me since we weren't looking into each other's eyes and singing songs or cuddling, or watching a movie together.

And then, I was told something that was a nail in the swearing coffin — my swearing can be off-putting to people who don't know me and only read, say, my Twitter feed (thanks, Erica). It was like a cloud parted and the sun shone down on me. I'm more than off-beat swearing and comedy vulgarity.

I'm a nice person (dagnabit)! And my child is not going to be the swearing kid in elementary school who teaches all the other kids all the bad words.

So, I'm turning over a new leaf. I'm working hard at tuning down the swearing just because I like peppering it through conversation, and I'm going to save it for when it really matters.

There's a place and a time for everything, dear friends, and I'll leave the swearing to the times when there are just no other words.

Do you have a swearing problem or has your kiddo said anything back to you that you didn't think they'd heard?

Proud that my son is a Barbie fan 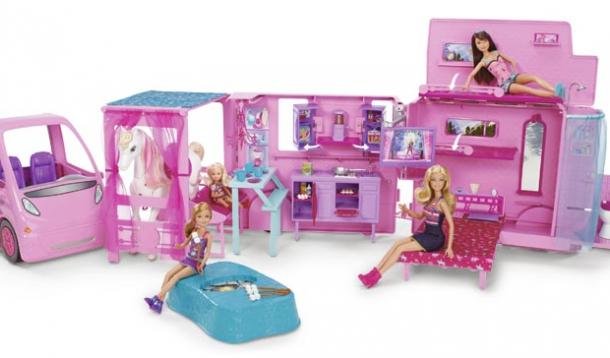 I am actually a huge fan of Barbie. She showed me from an early age that I could be absolutely ANYTHING I wanted while also still being a mother (I had a pregnant Midge that I adored as a child) or anything else I wanted. Sure, her body is strange, but Henry's favourite toys right now are a tow truck and Boots (a talking purple monkey with a giant head).

In recent years, there have been more and more Barbie movies, which I'm proud to say that Henry absolutely loves. Especially the princess ones. He's always in for a "pretty dress" (as he so sweetly told me the other day, Kat Inokai's daughter looked "beautiful like a princess" in her thanksgiving dress!), and always loves animals, so the latest Barbie movie, Barbie and Her Sisters in a Pony Tale covers the whole thing for my little guy.

The movie takes place in the Swiss Alps at a riding school where Barbie has gone with her sisters to meet up with cousins Max and Marie. There, Barbie tames a legendary wild horse. She wants the horse to come with her, but learns that he needs to stay with his own family. The lesson that Babs learns in this one is that sometimes you need to let things go in order for them to be free.

Although the Swiss Alps is a little farfetched for most kids I know (and most adults ha!) I like the idea of loving something and setting it free being taught to kids. It's a hard lesson, and although they may not understand that's what they're getting at first watch, they'll understand it when a similar situation arises later in life.

And we're giving away 1 Barbie and Her Sisters Pony Tales prize pack valued at $100 including the new movie and dolls! To enter, all you have to do is leave a comment below and tell me what Barbie's cousins names are. You have until Friday, October 25, 2013 to enter. You must be a YMC member and please be sure you've registered your email address in our commenting system so we can contact you if you win.

Yummy Rules and Regs: You must be a YummyMummyClub.ca member to win. Click to sign up! It's free and filled with perks. One comment per member. Entries accepted until Friday, October 25, 2013. Contest open to Canadian residents (excluding Quebec). Winners will be picked using www.random.org. See full contest rules.