The media has taken fat shaming to a whole new level So, a week or two ago, I blogged about Kim Kardashian and her seemingly difficult time embracing her pregnancy. Boy, I was wrong. I talked about how I didn't understand how she could feel so uncomfortable in her own skin and not just embrace her body and the beauty that comes along with pregnancy. Then, I started noticing magazine covers on line at the grocery store. It was like they were jumping out at me.

My god. If I were in this situation, I would be losing my damned mind. It's bad enough that when you are pregnant, you feel so out of sorts. So uncomfortable in your own skin. Tired, anxious, overwhelmed. Then your feet get all weird, or if you're like me, your hands swell up to balloons (my first pregnancy gave me pregnancy-caused carpal tunnel and hands like baseball mitts). Then, your hips expand to the point that you have to pivot just to get through the turnstile on the subway each day. It's all natural, and it's all part of pregnancy, but it can't be helpful when everywhere you turn, people are calling you fat, making fun of you and saying your partner is disgusted by your TOTALLY NORMAL weight gain.

It seems like two years ago, the target of this awful attacking was Jessica Simpson. The worst part for her was that she was being compared to Hilary Duff because they were pregnant at the same time. Yes, there's a way to be healthy in pregnancy, and yes, if you feel up to it, you can and should exercise regularly. But to fat-shame a woman when she's pregnant? This is a whole new low.

It looks like the press has eased off J-Simp for now but moved onto Kim. And I suspect this is what's resulting in her insanely uncomfortable looking wardrobe. Of course she can't be comfortable and enjoy her pregnancy—she's being told left, right, and centre that's she's too fat. She barely looks pregnant, and she's got to be close to 6 months now.

What worries me with this is that Kim has talked at length about her workout routine and how it hasn't really changed. She has lots of money and personal trainers. It sends a dangerous message to women who are worried about their pregnancy weight gain and may not eat enough (or properly) or exercise too excessively to the point of dehydration or exhaustion which can have scary side effects in pregnancy.

I am not quite sure when or why this happened, but it appears that we're living in a society where mocking pregnant women is OK—these magazines fly off the shelves. Is it jealousy? Kim Kardashian is a millionaire based solely on having her own reality TV show. I suspect this makes people angry partially out of jealousy, and partially because she doesn't have any "discernable talent." That doesn't make it acceptable to call her fat when she's pregnant.

So, spill it! What do you think about Kim Kardashian's treatment in the media since announcing her pregnancy?

Smart girl series hits the nail on the head every time 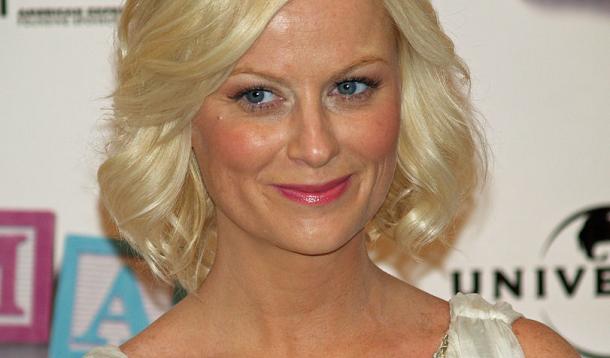 Ah Amy Poehler. She's funny, she's witty. She writes and stars in her own TV show, and she's best friends with my other absolute favourite person in Hollywood — Tina Fey. What you may not know about Amy, though, is that she has taken the time over the last year or so to create a web series called Ask Amy as part of her YouTube Smart Girls Channel. The Smart Girls channel has the Ask Amy series, Boy's Minute, Operation Nice and a number of other themed educational episodes that will teach girls (and boys!) while entertaining.

I think the thing that I like most about The Smart Girls and Ask Amy is that no one has expressly asked Amy to do this. She's chosen to. She wants to help young girls through the rough spots and give actually solid advice. Like this episode on saying goodbye:

I think the best part about a series like this is that talking to our kids can sometimes be tricky, and we may not know what to say or how to say it (and, more importantly, our kids don't always want to listen to us). Amy answers real questions from fans, does it in a casual way, with no judgment and with no attitude. Just her honest opinion, and opinions that I think are fair, balanced, and kind-hearted.

So, turn your kids on to The Smart Girls Channel, and check out Ask Amy or some of the other webisodes. You will probably find it gets a lot of new conversation going around the dinner table.

So, spill it! What do you think of Amy Poehler's Smart Girls initiative?

Something both you and your kids can enjoy 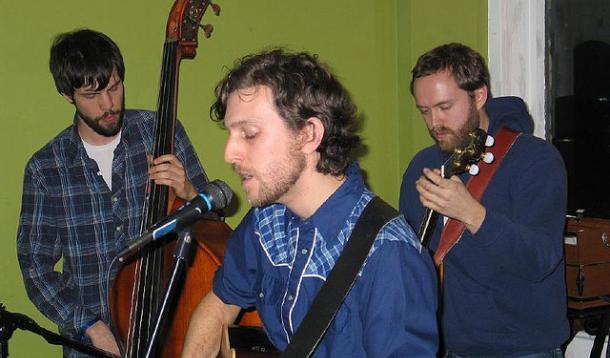 Last week, after reading Tanya Enberg's post Goodbye Rock n' Roll, Hello Children's Songs, I commented about a 'kids' album that I actually really love and realized that so many new parents are probably driving themselves batty, bored to tears over Toopy and Binou, ripping their hair out to The Wiggles and ready to run screaming into a burning building every time they hear Barney.

But it doesn't have to be that way! There are lots of stimulating things that we can watch/listen to or read with our kids that aren't insane, inane, and boring as all get out.

The album I commented on in Tanya's post is a compilation CD called See You On the Moon, put out by Toronto's Paper Bag Records in 2006. The title track, by Canadian indie band The Great Lake Swimmers gets into my head all the time. It's just really really good.

Ah, Mamma Yamma. What an amazing character. Kid's CBC (7 mornings a week) has Mamma, Patty and Syd, live musical acts, art, songs and dance. In between all these cute little bits are completely tolerable kid's shows. It's the only TV I don't begrudgingly let Henry watch. Because he gets exposed to bands like GLS, Sloan (my fave!), singer Hannah Georgias and even guys like George Stromboulopoulos and Jian Ghomeshi. And as for music, if kid-friendly compilations aren't really hitting it for you, just put on the music you love. Guaranteed your kids will, too. A friend of mine just told me her daughter's newest obsession is dancing to Abba's Dancing Queen. Henry? He loves Metallica. For real.

If this kind of TV is still not palatable for you, why not try finding an old series YOU watched on Netflix or Amazon? We found that Henry absolutely adores Batman: The Animated Series from the early 90s—a favourite after school show of both Matt's and mine. In fact, his absolute Batman obsession comes directly from this show. He always asks for "more Bat, mama." How can I say no? Other shows he loves (that we do, too) are Futurama and Adventure Time.

If your kids are a bit older than Henry is, or can sit through a whole movie, Star Wars is a hit with kids for a reason (episodes 4-6 please and thank you). A great "kids" movie (which Matt and I bought before I ever even got pregnant) is The Fantastic Mr. Fox. I just adore the movie, and I cry happy tears at the end every damned time I watch it. Every time.

The best part about all of this is that we are the parents! We are the purchasers and we can decide what our kids consume. Henry's favourite books are books we, as parents, love. Anything we loathe? We hide. His alphabet book? This one. Why? Because we read it to him regularly and it's got hilarious drawings and awesome colours. Also, there's an illustration of Iggy Pop peeing like a dog. It's great.

So, turn off that Treehouse TV and put away Goodnight Moon. Throw on that BEP CD and dance the night away with your kids. Cause that's what it's really all about, isn't it?

So, spill it! What are your favourite kid-friendly books, shows, movies, and music?