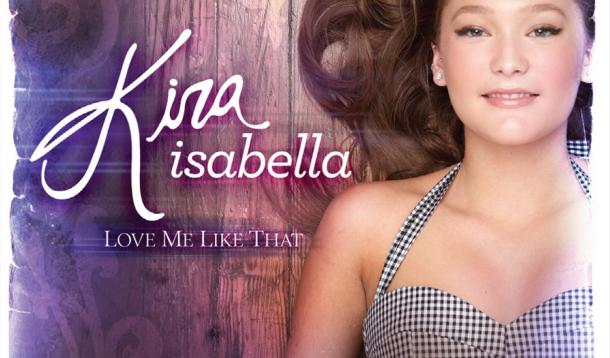 This has been a huge year for 19 year old singer Kira Isabella. Her new album is coming out very soon, she's won a number of awards, and she's about to go on tour with one of her idols. I had a chance to speak to her earlier this week and was blown away by her poise, her demeanor and her kindness. This girl's star is on the rise, and even if you aren't a big fan of "country," her music is genre-crossing and you'll hear her on commercial radio very soon.

You’ve really burst onto the scene this year—can you tell me a little bit about how you got where you are today from where you started?

I mean, I started singing since I was two years old. I expressed interest at 6, so my parents found me a teacher. M first performance on stage was when I was 7 and I got completely hooked. When I was 16, I got signed to Sony Canada, and that was pretty life changing. I’ve been working on my album ever since.

Have you always loved country music?

I grew up listening to everything and singing everything—I grew up singing in the Ottawa area—old folks homes, fairs, anywhere anyone would listen. My parents lived in Calgary (for some time), so they always played country music. When I was twelve, Shania put out UP, and I was in love with the country side, and I put the pop side away. That’s when I fell in love with country music. I started discovering all sorts of amazing country. Also, whenever I write a song it always ends up coming out country.

How have your parents supported you over the years? Were they always on board with your desire to sing?

How do your parents feel now, about you traveling and being on the road so much?

They miss me SO much! I do a lot of travelling by myself and with my band , and I spend a lot of time in Toronto now. It’s been a long time. I go home periodically, and my parents always make it out to my shows if they can. They’ll drive a long time to come see me.

Do you ever feel overwhelmed with what your music might say to your parents about your life? I know teenagers can be pretty private about their love lives.

I definitely think about what my parents will think before I put anything out or do anything. That’s definitely a huge part of being able to let go and put your stuff out there and not care what anyone thinks. My mom always listens to what I’m writing. I talk to my mom a lot, and I don’t think they’re shocked yet by anything I’ve written.

What was it like winning the CCMA (Canadian Country Music Awards) rising star award this year?

Oh my goodness. It was the craziest year for me in the world. It felt amazing. I just felt so honoured. First of all, I was just so honoured to be nominated. I took it as “they are welcoming me into the CCMA family” which is what I’ve wanted more than anything

You are about to go on tour with Carrie Underwood—how did that happen?

My mind is blown! I have an incredible group of people working around me. I swear, the stars aligned. I had these people talking to Carrie’s manager, and putting me out there for him. We were at the same festival – Boots and Hearts – and I guess her manager liked me, and she liked me, and I guess they wanted me on their tour!

There’s a definite pop-vibe to your brand of country; who are your influences?

I definitely really look up to Taylor Swift as a writer. And she’s so young. I got a chance to meet her at the CCMAs this year, and she’s SO nice. If you asked me two years ago who my favourite woman in country music, it would be Carrie Underwood, Hands down. So that’s awesome. All the women in country have paved the way—especially the Canadian ones.

Where do you see yourself going in the next little while?

I hope to pay as many shows as I can. I'm excited about my album dropping and hearing what people think about it. I want to share my music with as many people as I can.

At the end of our conversation, Kira asked me about Henry, and said that she hoped we could meet again. I swear, she was one of the nicest musicians I have ever met. You can catch her on tour with Carrie Underwood starting October 1 across Canada.

Proud mama stands up for her right to breastfeed in public 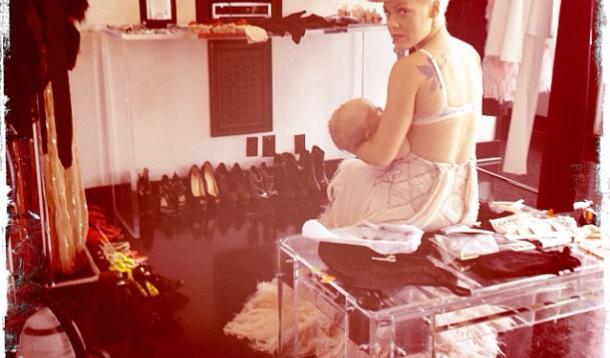 Maybe it's an American thing? I have never been met with very much resistance to breastfeeding in public—and I still do, when necessary, breastfeed my 19-month-old son in public. Without a cover!

But recently, singer P!nk was breast feeding (with a cover) in a restaurant her infant daughter when a man walked by and made a disgusted, twisting face while moaning, "uggh." (according to the singer)

P!nk didn't back down. She reportedly told the man, "You didn't get enough hugs when you were little." with her husband, motocross rider Carey Hart warning her she'd be starting a fight. She apparently responded that she'll always defend her right to nurse.

She's been very open about nursing, even tweeting a photo of nursing her baby, Willow while taking a break from a photo shoot for her new, critically acclaimed album, The Truth About Love (which also is her first #1!).

It's awesome to see mamas like P!nk being open about the use of breasts for their intended purpose—feeding infants. It's bothersome to me that in 2012, men and women are disgusted by the act of feeding a child in public.

Hopefully, more breast feeding mamas in the public eye speak out in favour of something so natural and wonderful.

So, spill it! What do you think of P!nk's response to the gentleman who was grossed out by her nursing in a restaurant?

A step in the right direction that's been (mostly) ignored. 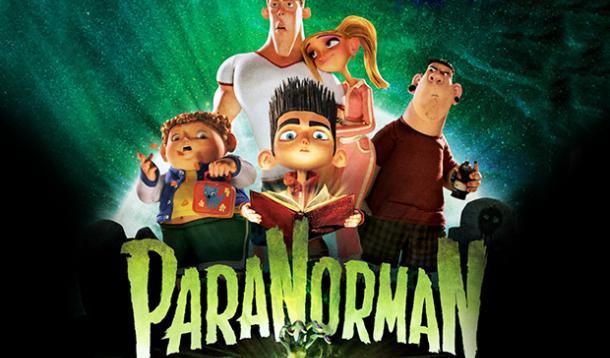 I'm sure a whole whack of you with tweens saw this summer's awesome 3D/stop motion kids feature ParaNorman. The story is about a little 11-year-old boy who can speak to the dead and an adventure he goes on with his sister, best friend and hunky Mitch in order to save his town from ghosts and ghoulies who want to eat every one of the town's inhabitants.

Good fun, perfect for future Halloween-themed movie nights, right? Well, not according to the Family Research Council, who have taken serious issue with the film because of the line that Mitch utters when Norman's sister finally asks her crush out at the end of the film. Mitch's response?

"Sure. You're going to love my boyfriend, he's a total chick-flick nut."

Well, not according to the FRC. They claim that this line will force parents to have conversations that they don't want to have about the nature of homosexuality.

If you haven't seen ParaNorman yet, I highly recommend you buy it or rent it from your local video store (we still have one in our neighbourhood—it's going to be on DVD and Blu-Ray in November) so that we can show the lunatics at FRC that we support gay characters in children's films!

So, spill it! What do you think about having an openly gay character in a children's movie?