Justin and Jessica Get Married

And two *Nsync members get snubbed on invites! 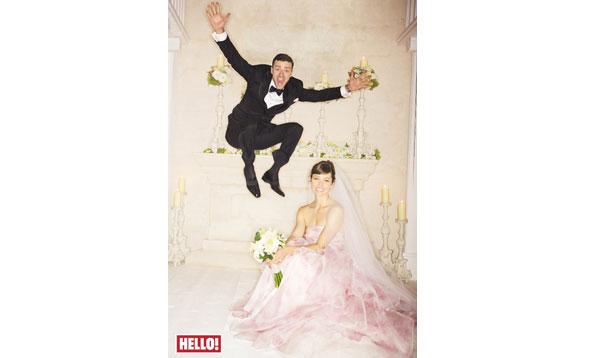 As I'm sure you're all aware by now, Justin Timberlake and Jessica Biel tied the knot last weekend at the Borgio Engazia resort in Southern Italy. The wedding reportedly cost the couple 6.5 million dollars. I'll let that settle for a moment. 6.5 million. Dollars. For a wedding. The bride wore cotton-candy pink (Giambattista Valli and as a pink-bride myself, I loved it), the groom wore custom Tom Ford and Justin apparently serenaded his bride with a yet-to-be-released song as she walked down the aisle (please let this part be true! More singing Justing please!). The important and juicy tidbit to me, however, is that only 2 of Justin's 4 other *Nsync bandmates were actually invited to the wedding. And I was surprised at who was, and who wasn't invited.

Both Chris Kirkpatrick and JC Chasez were at the celebrations this weekend, while Lance Bass and Joey Fatone were snubbed.

If anything, I would have expected it to be the other way around, completely, but a source who spoke with Us Weekly claims that Justin "hates Lance now." No reason given as to why no Fatone, though.

Apparently, the wedding had lots of little fancy touches, too, although, they did recite hand-written vows to each other. And apparently, the dessert for the night was affogato—chocolate gelato topped with a shot of espresso (read DELISH).

Something not so romantic, however, is the 8:30 video made by Timberlake's friend, Justin Hutchel, and played at the wedding. Hutchel went around LA asking homeless people to wish the couple well and apologize that they couldn't be in attendance. Gawker has part of the video. I am not sure that this is how the other half should be living, you know? Seems mean spirited to do at a wedding of all places.

Lots of people have weighed in on Biel's dress too—many hate the cotton candy confection. But I love it. 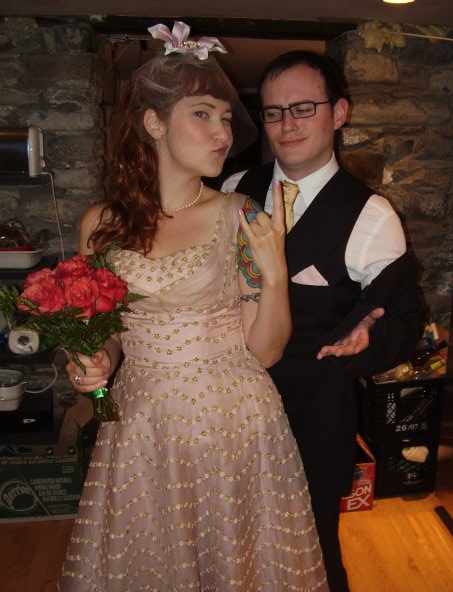 It might not be a custom Valli, but it's a Cabaret Vintage number that stole my heart the moment I set eyes on it.

So, spill it! What do you think of Timberbiel's over-the-top wedding and Jessica's pink gown? Did their friend, Justin Hutchel go too far with his "congratulations" video played at the reception?