Being Pregnant is Hard Work So Please Don't Make It Harder For Her! 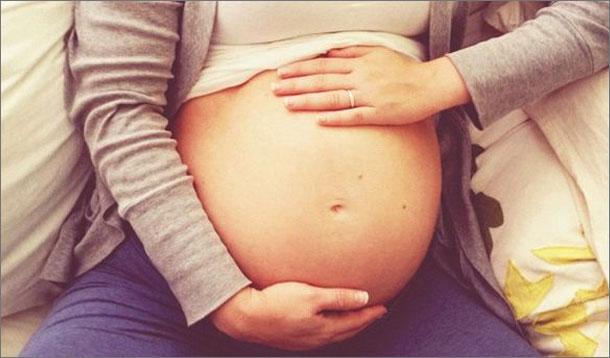 I was very recently pregnant and now that I’m not, I have some pearls of wisdom to share. Think of it as a publlic service announcement that you don't want to miss. I’d have shared this sooner—like, say, when I was pregnant—but was reluctant to voice it all for fear of sounding hormonal. You know, being labeled as the easily dismissed and far-too-emotional pregnant lady getting herself riled up again, that sort of thing. Now that I no longer have to worry about that, I’m going to just lay it all out there so here goes. I like to call this the Really Simple But Brilliant Pregnancy Refrain List:

Please refrain from calling any pregnant women hormonal or emotional or the more general,  just plain crazy. It probably won’t elicit the response you desire. In fact, it could quite easily result in a serious verbal assault against your person so just don’t do it.

Please refrain from telling a pregnant woman that she is ready to explode. There’s just no need to. She is probably more aware of her uncomfortable and formidable girth than you are and letting her know that you also think she’s absolutely huge will not win you any favours.

Please refrain from telling her about your boozy weekend. She needs that drink much more than you during the last few weeks of pregnancy. Preferably enough to have her pass out and catch some much eluded sleep so telling her about how you devoured one glass of wine after another probably isn’t the wisest move to make.

Please refrain from the imparting your know-it-all knowledge. Yes, she should probably get all the sleep she can before the baby comes. And yes, she may complain about being tired but she won’t know what tired really is until baby comes. But keep it to yourself. Telling her that it’s only going to get worse is not what she wants to hear.

Please refrain from telling her that breastfeeding is the only way to raise a healthy child. Please don’t tell her that reusable diapers are the only way to go. Please don’t tell her that co-sleeping is akin to trying to kill your child. Let her make her own decisions—the ones that work best for her and her baby without your judgment calls. FYI, no one likes a holier-than-thou attitude.

That’s it. It really and truly is that simple so let’s just make it easy for everyone involved. Especially the hormonal and far-too-emotional pregnant lady.

Gurpreet Randev: Bollywood Babies If You Are Sleep Deprived, You Need To Read This Right Now