The Answer Depends On Whether You Have Kids Or Not 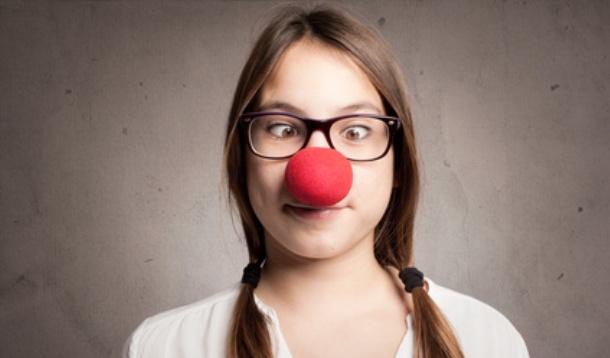 Apparently I’m an idiot and don’t know anything. Want know how I know? My four year-old daughter told me so.

“Mommy, you don’t know ANYTHING!”

It takes a special kind of idiot to be told that you’re lacking intelligence by a four year-old. Want know what kind of idiot?

It takes a freaking parent to be the kind of idiot who gets told by a four year-old that they know nothing. Not one single thing. Nil. Nada.

Who else would be told such a thing? It’s beyond insulting. It’s the kind of insulting that only your young child would fling at you and not even realize how insulting it really is.

And want know something else?

It’s only a parent who could tolerate listening to that about fifty-eight times a day and not respond back with, “Yeah, well, what’s 5 + 8 if you’re so smart? Oh wait, you don’t even know math. I guess I know more than you. So there.”

I want to say it. Sometimes a retort is right at the tip of my tongue but I don’t say it. I think it instead. And I think of a whole bunch of other things I’d like to say to my four year-old daughter, who apparently happens to think I’m dumber than a doorknob.

But I don’t ever say it. Because I’ve read more parenting books than novels in the last few years and they all pretty much agree that it would be a terrible idea to get into a verbal back and forth with a preschooler. And the problem is, I’d probably lose. Definitely. I’d definitely lose.

So, instead, I have to mind her development, take into account her emotional growth, and make sure I don’t mentally scar her by a thoughtless retort.

I have to try to understand why my four year-old would feel the need to call me an idiot. I have to decipher what she really meant when she said I didn’t know anything. I have to take into account every single factor in her short life that led up to this one sentence.

And another thing that all these parenting books also agree on? That it basically comes right back to me. It is pretty much my fault that I was called an idiot.

It’s all full circle in the world of parenting. I wonder if I was an idiot before having kids or is this lack of intellect something I acquired after becoming a parent?

So the question really becomes, is a self-aware idiot still an idiot?

Maybe I can go ask my daughter. She seems to be the resident expert on idiocy.