A turban isn't a hat 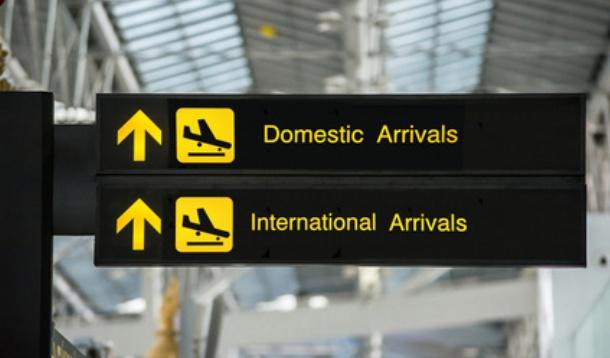 Just a few weeks ago Canadian YouTube comedian Jasmeet Singh, better known as Jus Reign, was clearing security at a San Francisco airport. As a turban-wearing Sikh, he revealed he is accustomed to ‘random checks’ and didn’t think much of it when he was asked to go to a private room for further screening.

Please keep in mind, he stated that this was after he had already complied with the following:

Most travellers are good to go once they clear those aforementioned tests but Jasmeet Singh was further patted down in the private room. After he cleared the pat down, he was asked to remove his turban for additional screening.

He asked for his turban to also be patted down but was refused his request so he removed the turban and allowed it to go through the X-ray machine.

Once it was cleared, he was told he was free to go.

Only, he couldn’t just leave because he wasn’t wearing his turban.

And what you might not understand is that a turban isn’t a hat. It can’t just be put back on your head.

It is a piece of material that varies in length from 4 to 7 meters long that has to be tied back on and in order to do so, you need a mirror.

Let’s put aside the fact that a turban is a religious headpiece and is considered sacred to Sikhs.

Let’s put aside the fact that Sikhs are not supposed to remove their turbans nor be seen in public without it.

Let’s put aside the fact that there has never, not once, been an incident of anything being hidden in a turban ever in the history of airline travel.

Let’s put aside the fact that he went through a very rigorous screening process that seems to happen a little too often to men with turbans to be considered so random after all.

Let’s put aside the fact that he complied with every single thing that was asked of him.

Let’s put aside the fact that nothing unwarranted was found on him or his turban.

Is it really so difficult to allow travellers a shred of respect when they have complied with everything that was asked of them? This isn't the first time it has happened either, Earlier this month, American actor Waris Alhuwalia was barred from flying when he refused to remove his turban in public and asked to be taken to a private room instead.

Sikhs are considered undressed without their turban on. Would security ask a woman to walk out without her blouse on if she was unable to button it up without a mirror? Would she be asked to remove her blouse in public? Somehow I doubt it.

Sikhs are Canadians, too. We understand that we have to follow the rules of flying. And trust me, we do. We want to be safe in the air just as much as the next person. We are, after all, also travelling along with you.

But I get it, I really do. This is the world we live in now. A brown-skinned man wearing a turban could be suspicious. He could be a terrorist.

But when you realize he’s not, it’s only fair to then treat him with decency and respect. Because turban or not, everyone deserves that.

RELATED: Are Teepees Off Limits?