The Question of Our Parenting Times: To Van Or Not to Van...

Can You Get Behind The Wheel?

The Question of Our Parenting Times: To Van Or Not to Van... 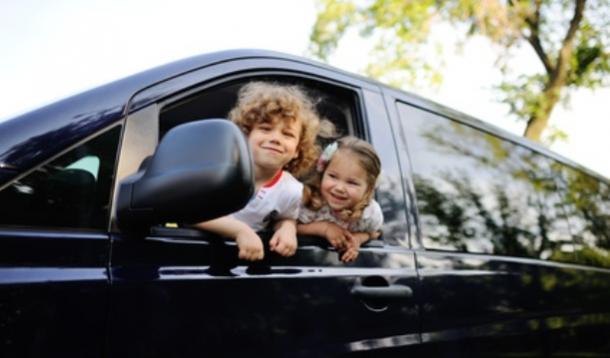 But driving a van is where I draw the line.

I know it’s a ridiculous hang up to have. I know I’m making a huge mistake.

I really do know how practical they are. I honestly get it. My in-laws have one and every time I borrow it, I’m astounded by how much easier it is to get from point A to point B.

The distance between me and the kids makes the inhumane screaming coming from the back somewhat bearable. The easy in-and-out is a wonderful break from the usual 30 minute gymnastics routine. The storage space is a welcome bonus from trying to cram stuff into crevices that don’t actually exist.

I blame it on listening to too many songs referencing fun girls gone boring because of their new van driving tendencies. You know the ones I’m talking about, featuring girls with feathered hair in their hey-day. I'm now one of those old feathered hair women.

But trust me, I’m still fun. I mean, I might need to go to bed by 10pm most nights but I that doesn’t make me boring. A lot can happen before 10 pm. And I still go to parties. Parties that may involve Minnie Mouse and punch that isn’t spiked but a party is still a party. And I bet these parties are louder than any I used to go to anyways.

I don’t know what it is about vans but I know I’m not the only one. Only a handful of my friends with children have a van (and you guys are awesome, I swear). But most would rather continue to suffer in their not-even-close-to-comparison SUVs and 4 door sedans.

But it’s like that super comfortable pair of thick-soled loafers with built in orthotics. Sure, they’re practical and would make your life easier. But nine times out of ten, you’ll still reach for those beautiful high heels that pinch your toes. You know the ones, the ones that are better suited to sitting than actually walking.

Because that’s just what we grown-up adults do. We make our lives miserable just so we look good doing it.

RELATED: 15 Things To Love About A Minivan

Gurpreet Randev: Bollywood Babies The Internet Has Become My BFF