Finding The Good In Goodbye

Losing A Family Member Can Make The Holidays Difficult

Finding The Good In Goodbye 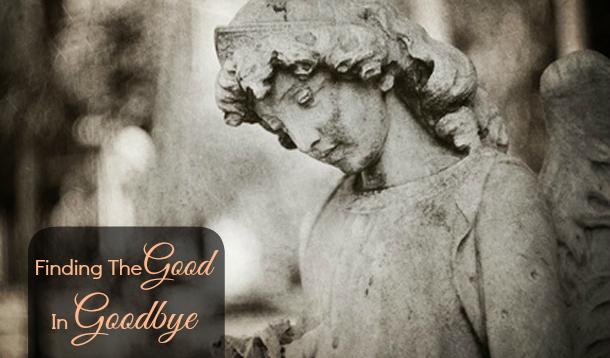 I love the holiday season.

I love the spirit of giving, the pretty wrapping paper, the warm drinks, the Christmas carols, the family get-togethers, the sappy movies.

I love all of it.

This year, we lost our grandmother just a couple weeks before Christmas.

Instead of Christmas crafts, we’re putting together funeral programs and memory boards.

Instead of choosing gifts for each other, we’re picking out which flowers to have at her service.

Our house is in mourning, and there is nothing festive about that.

But if you look carefully, even the crappy days have some good.

My grandmother’s passing has brought my family together in a way that we hadn’t done in quite some time.

We’ve sat together for hours at a time, having real conversations in each other’s company.

We’re creating new memories to look back on one day with a smile.

My grandmother’s passing has taught me important lessons that I had somehow forgotten. Or maybe never really knew.

I’ve realized that life isn’t about what you have but rather, who you have.

I’ve realized that the best memories are the ones that didn’t cost a thing.

I’ve realized that I’d much rather spend time celebrating a life than mourning a death.

I’ve realized that nothing matters more than the people in your life.

I’ve realized that life is too short to waste it on people that don’t matter.

I’ve realized that we can’t always replace what we’ve lost.

Gurpreet Randev: Bollywood Babies Is Your Phone Off Limits to Your Partner?