20 Ways To Feel Good About Yourself Right Now!

Easy Tips On How To Have A Better Today

20 Ways To Feel Good About Yourself Right Now! 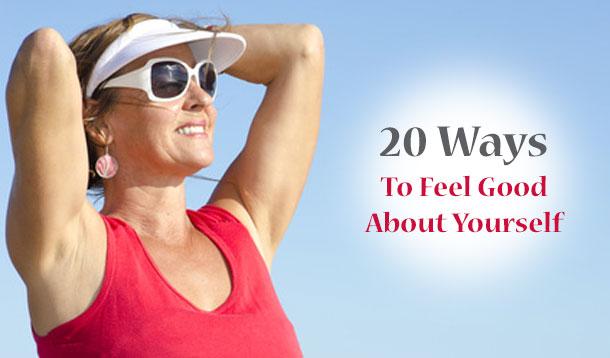 Parents are funny creatures. We spend our days making sure our children are happy and content. But when it comes to ourselves, though?

Ha! Who has time for that?!

You have time for that.

Trust me, you really do.

Because you owe it to yourself and your children to be happy. And it’s not really so hard. It doesn’t have to take a long time or be odious or cost a lot.

There are many easy and simple things you can do TODAY to feel good great freaking fantastic about yourself:

So, go ahead and get started.

Take a few minutes for yourself and I guarantee you won’t regret it. You’ll be surprised how the simplest of joys often bring the greatest of pleasures.

If you liked this, you might also like: "If You Are Sleep Deprived, You Need To Read This Right Now" or "Me-Time in the Morning Makes the Day a Little Brighter."

How To Successfully Raise Daughters In A Hypocritical World

When Hair And Makeup Become A Parenting Dilemma

How To Successfully Raise Daughters In A Hypocritical World 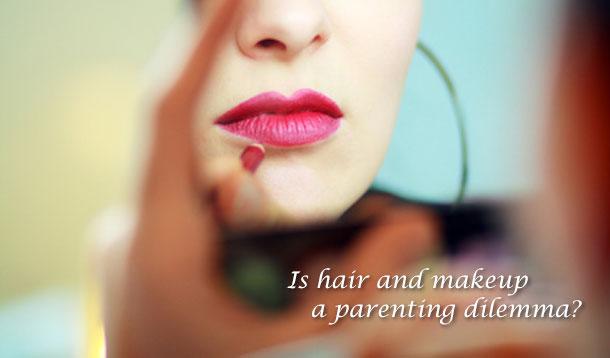 I like myself best with makeup on and hair done. And it worries me more than just a little.

Truth be told, I never thought about it before. I never gave it a second thought, because it was just another thing I did and didn't have to think about.

That's who I was.

I was the sort who never wore flats, never left her house without makeup on, and definitely always did her hair. A ponytail? Oh my, not I!

I enjoyed getting dressed up and putting on my face.

I still enjoy it.

But now, it worries me.

See, the thing is that I have daughters.

And it scares me that I am teaching them something I do not want to teach them.

That maybe I am not good enough without makeup on. That women only look pretty with perfectly curled hair. That they only look beautiful when dressed up.

But I fear I am a hypocrite of the worst kind.

I am worried that my actions speak louder than my intentions and words.

What if all my actions, contrary to what I say out loud, are being literally interpreted? More powerfully than what I say to them each night.

Is it true that no matter what I protest, my made up face will undo all my words every single time? Because that's what I can't help but worry about.

Tell me you feel this way too? I can’t be the only one thinking about this, can I?

Having to now rethink every single action that went unnoticed before.

Before it became our responsibility to raise strong, confident daughters and mindful, self-assured sons. Before makeup became so much more than just makeup. Before every single action became susceptible to becoming another parenting dilemma to think about.

How do you bridge the gap between actions and words? And more importantly, what do you do?

If you liked this, you might also like: "Hey Moms! Sometimes It's Okay To Be Less Than Perfect" or "I'm Not Sure I Want A Mini-Me."

Gurpreet Randev: Bollywood Babies Is Your Phone Off Limits to Your Partner?