Why Zoolander 2 is Exactly What You Need Right Now

They're Back...and they Have Social Media 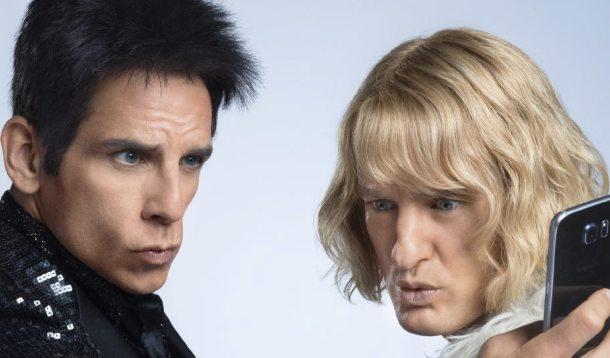 Zoolander 2 is here! The first full-length, non "teaser" trailer has been released by Paramount well ahead of the film's February 12 debut date, and it shows a lot of promise. Unlike many comedy sequels, it's of no importance if you saw the first Zoolander or not, because cut the bullshit; we all know you did. You were making "Blue Steel" and "Le Tigre" faces in the staff room all over 2001 and you know it.

YOU'RE DOING IT NOW.

The original Zoolander was campy and cheesy, but it was pure fun, and it also happened to be released on September 28, 2001.

For many of us, it was the first time we felt secure enough to go back out into public spaces, or okay to laugh out loud, in public. It felt good; the movie required little to no cerebral activity and it was exactly what a tired, scared, angry audience needed.

Derek and Hansel are still "famous," albeit now for being has-beens. They are "old" and "lame." The criticism is understandable - they're in their 40s for crying out loud and we all know it's game over after the first candle on your cake is shaped like a "4." They're relics in the industry...but wait. This is a comedy, so to have the pair die balding and destitute in a dumptser behind a downtown Noodle Hut would just be depressing.

So when the world's beautiful people begin mysteriously dying - albeit not before posting dying-breath selfies on social media sporting Zoolander's trademark "smelled a fart" face, he is brought out of near-obscurity to solve the crimes, bringing Hansel along for the brain power hahaha no seriously; that's what he does.

It looks like Penelope Cruz, arguably one of the most conventionally beautiful women alive today, and therefore completely trustworthy, is the one to help the duo find out what's causing our beauty icons to bite the dust. Mugato is behind it no doubt, and we know from the trailer that Mugato is still a latte loving dickhead. Will Ferrell returns to his role, alongside a frozen-faced Kirsten Wiig who portrays a caricature of what happens when high fashion has a three-way with money and a plastic surgeon.

I haven't seen the movie's ending - I have to wait until February with the rest of you unwashed masses, but I can tell you this: I will be in line, waiting for advance tickets, because I want to see if Derek Zoolander found out if there really was more to life than being "really, really, ridiculously good looking," and also because my birthday is on Valentine's Day and tickets to this movie (plus nachos and a large slushie) is gonna get someone I know laid.