Always Look On The Bright Side of Something Something 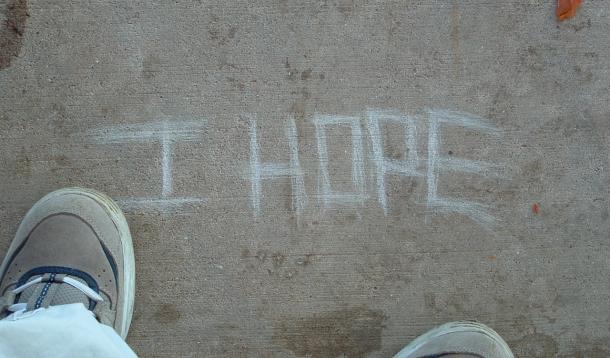 I'm the optimist in my marriage — often to a fault. My wife errs on the side of pessimism (she'd say realism, though) and I err on the side of happiness and rainbows. It's an optimism, though, that's somehow seamlessly blended with cynicism — a mix of traits I inherited from my mother. And some days, man. Some days that cynicism threatens to take over.

It seems like every time I start to think that maybe, just maybe, society is getting its collective act together, something epically shitty comes along tosses a wrench in the works.

Take the field of athletics, where many a young person looks for role models. Openly gay athletes showing up at the NFL combine and stepping on to an NBA court, proving once and for all that if you can play, you can play? Awesome. University athletes in my city being investigated for sexual assault just a few short days after the same university was plagued by scandal after a sexually graphic conversation about a student leader went public? Rage-inducing.

Ok what about something more purely intellectual like science. Scientists like Bill Nye actually getting people talking about a scientific debate? Amazing! Good thing he's not a young woman!

If this post seems meandering and disjointed so far... well... it is.

Welcome to my brain.

The problem is, it's my job to try to fight through that circuitous train of thought and convince my kid that this world is an awesome place — a place where she can feel free to be herself, follow her passions and blaze a trail.

But how can I do that? How can I rightly tell her to step confidently into the unknown with the knowledge that sometimes the unknown is a shitty place full of shitty people? Optimism comes naturally to me. But man can it be tough to articulate exactly why.