Trying to Make a Baby Can Still Be Romantic

A Guy’s Perspective on Keeping the baby-making romance alive

Trying to Make a Baby Can Still Be Romantic 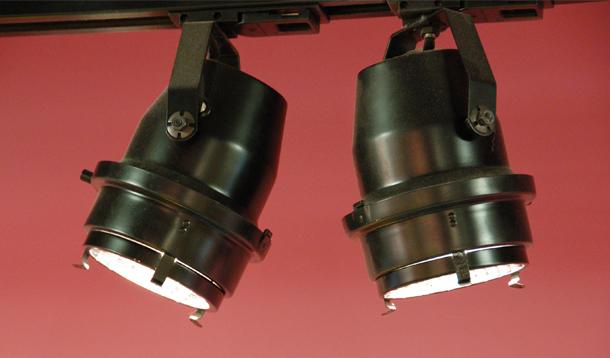 Back in January, the good folks at Clearblue commissioned a study — the Clearblue Consumer Fertility Insights Survey Among the findings, 14% of men said that "keeping the romance alive" was the most stressful thing about trying to conceive. As something of a geek for most of my life, I would've voted for "finding a woman with whom to have a baby in the first place" but I don't think that was on the list.

Still, the geek thing did get me thinking. And so, my investigation of romance and procreation today begins, as such stories are inclined to do, in a high school drama club.

When I was in high school I was part of just such a club. This likely shocks many of you, as I've clearly grown to be a man's man who's never shown a particular flair for the dramatic, but I hung with the theatre crowd. Granted, I was a stage technician, not an actor, but it did mean I got to go on the drama club's field trip to Vancouver one year, where we got to take in a professional staging of Showboat.

And it was there, as Joe (the one on the stage, not the one writing this post) mournfully sang about that Ol' Man River that just keeps rolling along, that I realized an innocent part of me had died.

"See the water? What do you think, motorized gobos?"

"Could be a computer projection but it's probably gobos."

In that short back and forth, my fellow stage tech Ashley and I had deconstructed one of the more stunning visual effects in the show, concluding that the haunting image of the water moving across the stage was probably created by shining light through a metal template that was rotating thanks to a small motor, creating the illusion of a rolling river.

Whereas the vast majority of the audience was probably losing themselves in a powerful moment, we were dorkily wondering how the effects team was doing it. The knowledge we'd gained as theatre techs had, it seemed, ruined our ability to simply sit back and enjoy the show.

Which brings me back, quite logically, to the issue of baby making.

Again, the Clearblue survey found that 14% of men found "keeping the romance alive" most stressful when trying to conceive a child. Interestingly, only 8 per cent of women said the same. For us guys, it seems that finding ways to keep the moment magical while focusing on all of the behind the scenes reality of trying to make a baby is a challenge. How can we get to that place where we can, erm, sit back and enjoy the show?

The same survey also found that men and women feel that taking measures to manage stress and ensure relaxation is the most important piece of information they would pass along to those that are trying to conceive. So maybe there's something to that. Don't focus on the challenges of making a baby, focus on the fact that you have a reason to spend more time with your spouse. Help her to manage her stress. Give her a back rub. Spend some time with her. Make her laugh.

Or get relaxation and romance tips and tricks from an expert who actually knows something about it instead of some random daddy blogger who uses freaking drama club stories as metaphor. For example, prior to writing this I'd never even heard of a digital ovulation test. A gadget that lets you know your two best days to try to conceive so it can take the pressure off the rest of the month? What guy doesn't like gadgets?!

I guess what I'm saying is if I can rediscover the magic in gobos and light gels, the reality of trying to conceive shouldn't be enough to kill the romance in the bedroom. And look on the bright side, even if it does feel a bit too much like work, at least you don't have thousands of people watching, critiquing your efforts.

Or pointing a spotlight at you. Gobo or not, that would be really unnerving.

This is proudly sponsored by our friends at Clearblue.
www.clearblue.com/ca

Daddy Was a Punk Rocker

As far as I'm concerned, she can do what I say and what I did

Daddy Was a Punk Rocker 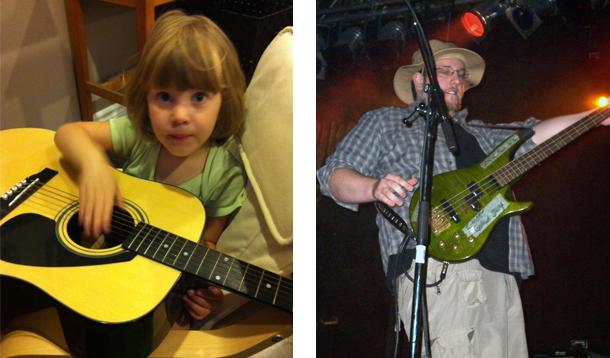 It's a question I get asked from time to time, usually either when catching up with someone I knew "back in the day" or when someone that knows me as a professional and family man finds out how I spent my early 20s.

"Oh wow, are you going to tell your kid about your band days?"

When I was 19 I joined a folk-punk band. Five or so years later, when the band finally parted ways, we'd played gigs in three countries, travelled thousands upons thousands of kilometres in various vans, met hundreds if not thousands of amazing people and consumed gallons upon gallons of beer. We weren't famous in any real sense but we had enough people that liked our stuff that we were able to travel to some amazing cities to play our music.

And when we weren't actually on stage? Well, there's plenty of fun to be had in places like Amsterdam, Berlin, Munich, Toronto and St. John's.

Don't get me wrong, this wasn't the stuff of heavy metal legend — no televisions out the hotel room window or cars driven into swimming pools — but we had the sort of fun that a respectable, white collar, suburban father like myself just isn't expected to have. And thus the question comes up.

So will I tell my kid about my more youthful indiscretions? Absolutely.

Sure, we did some reckless stuff. I made mistakes I hope my daughter never has to make (nearly picking a fight with a gangster in Montreal and accidentally befriending a white supremacist, to pick two). But I wouldn't trade the experience for the world. We saw parts of the world and met people that we'd never otherwise have had the chance to. I made friends to last a lifetime and I have memories that could fill volumes.

Don't get me wrong. I love my life in the suburbs. The wife, the kid, the dog, the car in the driveway and the two-storey house — I wouldn't trade any of it for the world. But I also wouldn't give up the "wasted" years either. The years that I spent scraping together a living while my university classmates moved on to start their careers are just as important to me as the years I've spent since building my career and my family.

Besides, my kid's already showing an interest. Ask her what to do if someone goes down in a mosh pit? "You help them up, Daddy!"

She knows because we practice.

A Spy Walks Among You

But with a Father's Day windfall to exploit, I'm outing myself

A Spy Walks Among You 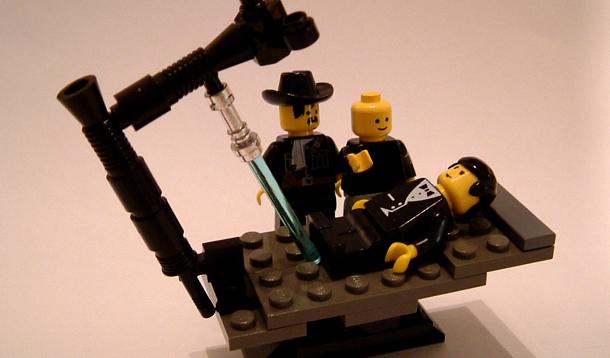 Yummy Mummies, I have a confession to make. I am not a mummy. I'm not a mother, mommy or even a ma. I am, truth be told, a man. A dad.

I'll give you a minute to let that settle in.

For the past seven months I have walked among you, metaphorically speaking, learning your ways and attempting to understand your very unique culture. The more astute among you may have noticed the hints I left that pointed at my true identity: the curious name of this very blog... references to my favourite father's day tradition... the most dialed in may even have been tipped off by the whole discussion about my penis.

But I suspect most of you read this blog completely unaware that the author was more dopey dad than yummy mum. Don't blame yourself, gentle reader. I am well versed in the art of gentle deception. After all, I work in marketing.

So why out myself now? Because friends, Father's Day is nearly upon us and — if what mainstream advertisers are telling me is true — I am about to cash in big time. Golf outings. BBQ accessories. Power tools. Landscaping implements. Basically anything and everything that might remind me of what life was like before I had a kid.

And isn't that what Father's Day should be all about? I feel bad for those mothers getting those adorable handmade cards and poorly-made breakfasts in bed on their special day, spending quality time with their offspring — I want to be honoured for my role as a parent by getting the heck out of the house! I mean, I already spend two full days per week — Saturday and Sunday — spending time with my daughter. That's, like, 104 days every year. And that doesn't include holidays!

I think I've earned a day on the golf course and a new weed whacker. Don't you?