DIY Gift Any Dad Will Love 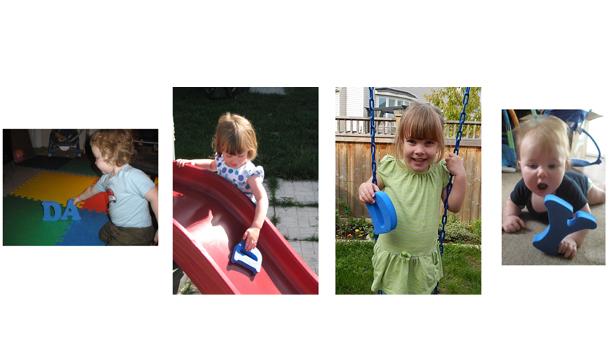 My daughter was only five months old when I celebrated my first father's day. My wife, who is far better at gift giving than I am (sorry babe), had a brilliant idea. She bought foam letters at a local craft store, one D, an A and a Y, and took pictures of my then-infant kid "interacting" with (read: biting) them. She got them printed and mounted them in a floating frame, arranged so the pictures spell "Daddy."

I may've cried a bit.

But she didn't stop there. Every year since she's taken the letters and camera out and had the kid do it all over again. This will be my fourth Father's Day and she's already presented me with my gift for this year — the kid playing on the big swingset I built for her earlier this spring, D, A and Y in hand.

The frame in my office is like a time capsule now, getting thicker every year. The latest pictures show through but the older ones are all in behind. An annual testament to my wife's awesomeness.

What started as an inconvenience ended up slathered in awesomesauce 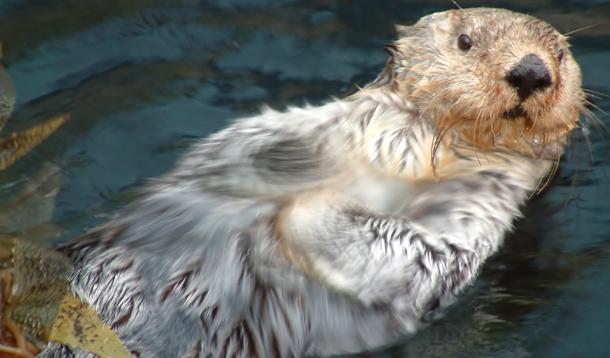 With those three words, my day instantly went off the rails. Not as badly as my sick wife's day, mind you, but it was 5:30 am on a work day and I was trying to muster the brain power needed to kick into contingency mode.

"We could see if daycare will take her today instead of tomorrow," I offered.

"But her swimming lesson..."

Right. Swimming lesson. My kid adores the water and we've had her in lessons since she was an infant. Today was different, though. Today was her first solo swimming lesson. Not parent and tot. Tot and tot and tot and teacher. With parents sitting awkwardly in their street clothes on the pool deck, totally proud and not even remotely terrified that their precious babies are in the full-sized pool by themselves and oh my god why isn't the teacher holding her hand and holy crap doesn't he know that's water and that people can drown in water and what the hell is happening when did my baby become a person?

Eventually I realized I had to go into work but I'd take the car (I usually take transit) so I could take care of a few urgent things then zip home around noon in time for swimming and to take care of the kid for the afternoon. In the end, though, my wife felt well enough to go. But since I was home to help, I figured I'd go too.

Man am I glad I did.

The kid's had some trouble with some of the parent-less activities we've signed her up for. She dropped out of her half-day-per-week preschool after only a few weeks; she left enough dance classes in tears that we eventually stopped going to that too. Her cheerleading class has gone well since it started a few weeks ago but even there we've had to physically drop her in the middle of the room and leave without looking back while she cried out for us.

Today though? She was a champ. She had a moment of hesitation about taking a quick shower on the pool deck since she'd already suffered that indignity in the change room but once that was over she was glued to the instructor's hip as he walked them to the pool. She waded in without a second thought and enjoyed herself immensely.

It was a big day. And I was there to see it.

Author's note: There really should be a picture of my daughter swimming to accompany this post but since photography is banned in city recreation facilities I opted not to get arrested for my dad blogging craft. I am sorry. But her swim group is called the Sea Otters so the picture is at least somewhat relevant. And otters are adorable so there.

Kid for a Weekend

Sometimes you just want to be five again

Kid for a Weekend 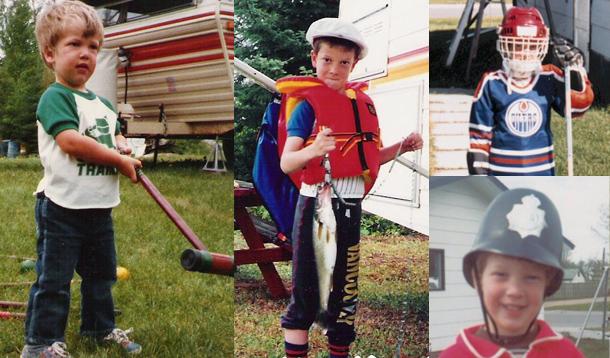 It's been a hard week. A hard few weeks, actually, on a few different fronts, but it came to head this week with a death in my wife's extended family and some dental surgery for my wife that knocked her out of commission for a few days. It seems like there's a steady stream of grownup stuff to deal with lately. Stuff that, at 33, shouldn't really faze me anymore but nonetheless does because, well, adulthood, man. Adulthood.

My parents planned their May long weekend visit a few weeks ago, long before this most recent stretch of grownupism reared its ugly head but the timing couldn't be much better. I talk a lot on this blog about my wife and kid but I don't think I've written about my parents before. But I did write about them on an old blog of mine. Several years ago, admittedly, back when Dad finally moved into retirement, but I think it still holds up as well today as it did when I wrote it (besides, the old blog had like four readers and my mom was one of them so...)

And so, lazy as it is, I am going to repost excerpts from that post now (the whole thing is here if you're interested). If anyone needs me, I'll be downstairs pretending I'm five again. Nuts to this adulthood business.

As son of the mill manager I went into [my summer job working at the mill he managed] fully expecting to bust my ass and keep my mouth shut. With no idea what to expect I expected the worst. After all, I was the boss’ kid.

Instead of bitterness and resentment, though, I was struck by the respect and, dare I say, admiration my coworkers had for my dad. “Tom” (never Mr. Boughner) was welcome in the control room and on the line. When he talked shop at all it was the unmistakable voice of someone who knew the business. Mostly, though, he talked about nothing at all. The condition of the golf course. The prospect for the Leafs this season.

He knew the guys by name and he treated them like people. Make no mistake, he called the shots, but he didn’t need to micromanage; he knew his people and he knew they knew their jobs. He knew when to push but, more importantly, he knew when not to. He understood that employees are only employees while they’re at work. They have families and hobbies. They are part of a community and they deserve respect for that.

Being part of that team gave me a unique perspective on what an incredible leader my Dad really is. Most people don’t get to see their parents in their work environment; I know I’m a better person and a better professional for having that opportunity.

Dad’s an optimist. Of that there is no doubt. But looking back, I don’t think that alone would have gotten him through. Nope, for that he needed Mom and her very unique combination of cynicism and the ability to take delight in the absurdity of society. The ability to laugh when things seem darkest. The recognition that, in the grand scheme of things, no setback or problem is really worth sweating over.

It’s a wonderful sense of perspective that we all too frequently lose. At the end of the day, I have a wife that loves me. We have a hilarious and well-mannered dog. We both have stable jobs and we’ve got a soft bed on which to lay our heads.

Growing up my parents always took the time to tell me how proud they were of me. I hope this post helps make them realize how proud I am of them. I love you both; you’ve earned that house overlooking the water.

Category:
Family - Daddy
Tags:
being a grown up
parents
having grandparents close by
Joe Boughner

Joe Boughner: The Naked Dad I Don't Hate Winter But I Might Hate You

Joe Boughner: The Naked Dad New Year's Eve - Before and After Kids