Best Christmas Memory of the Year

Why I'll never eat popcorn out of anything else again

Best Christmas Memory of the Year 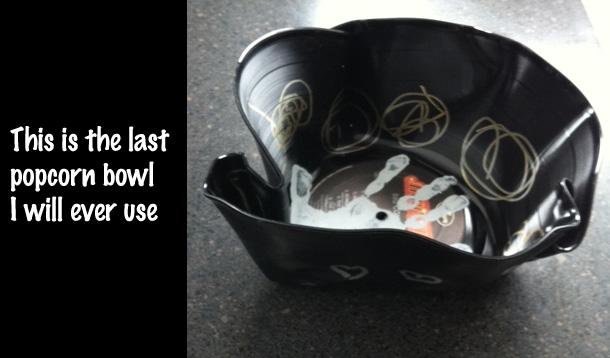 The kid turns four in a few weeks. At that age, she can be forgiven for focusing more on material goods and personal gain than on less tangible things like "that good feeling you get when you give some a present they really like" or "the warmth of being surrounded by family over the holidays."

Still, leading up to Christmas, we tried to remind her that while, yes, getting a bunch of new toys was going to be pretty cool, it's sometimes just as special to do something else nice for someone.

Fast forward to Christmas morning. The kid was up at 5:30 but we had a house full of guests, including an aunt sleeping on the couch in the living room next to the tree, so we convinced her to hang around in our room watching Sesame Street until a more reasonable hour.

Then at 7 am we ventured downstairs with the promise that we'd wake everyone up and look through our stockings but that we wouldn't open gifts until Grandma returned with Great-Grandpa, who was being picked up from his home a few minutes away.

But as soon as she caught sight of the pile of gifts under the tree you could see her starting to get more and more excited.

"We'll do presents after Gramps gets here, sweetie. We just have to wait a few more minutes."

Great, I thought. Another 'but I want to see all my new toys' moment.

"But I really, really want you and Mommy to open your present and see what I made you at school!"

We agreed and she brought over the awkwardly-wrapped (by her) present in the homemade (by her) wrapping paper. We opened it up and found an old vinyl record melted/bent into the shape of a bowl, decorated with swirls and circles and a little handprint at the very bottom.

Her face beamed with pride. Meanwhile I was hit with a sudden piece of dust in my eye.

As the day went on she became more and more fixated on her own gifts and less aware of the world around her. As the house got even more full with additional arrivals she became understandably overwhelmed a few times, leading to short bursts of crying and lamenting that she didn't get everything she wanted. She acted, basically, like any other not-quite-four-year-old girl would act in the same situation.

But for that moment first thing in the morning, the single most important thing in her mind — even more than unwrapping the pile of presents with her name on it — was showing her Mommy and Daddy the little popcorn bowl she worked so hard on at school.

I'm never getting rid of that bowl. 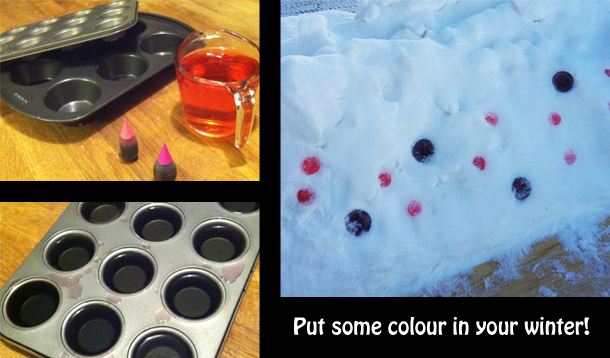 If you a regular reader of this blog (hi Mom!) you'll notice that, of all the very many things I've blogged about here, crafting hasn't made the cut. Mostly because I'm not a particularly crafty person.

But snow forts? Snow forts are something I can get behind. And when I was asked my kid what she wanted in this year's front-yard fort, the responses were pretty much what I expected — a place to sit, a slide and a ladder to get up to the slide — save for one.

Inspired, in part, by the crazy rainbow igloo that took the internet by storm a few weeks ago (and unbeknownst to my daughter), I added a few drops of food colouring to a cup of water then filled up some muffin tins, which I then froze. A few hours later? Instant polka dots (note: one of my colleagues pointed out this would also be a great way to make snowman parts and any number of other winter accessories).

I waited until she went to bed then went out to decorate her fort. I think she was pleased.

I swear I used to know how to do things 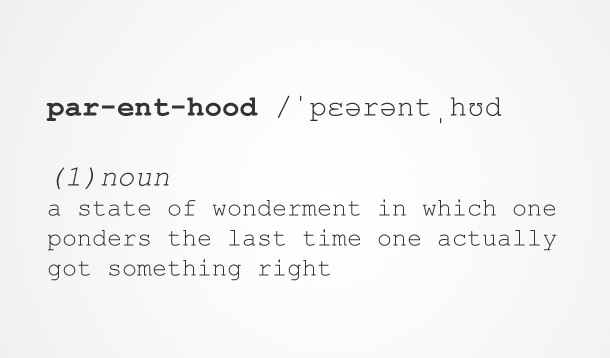 "All I know is that I don't know nothing."
- Operation Ivy

I'm not a stupid man.

I was an honour student in high school. I've got an honours degree in journalism and history. I've got a good job where I make decisions and I even get asked to speak at conferences and seminars sometimes.

This isn't bragging, people of the internet. This is setting context: I'm not a stupid man.

But toss a kid into the mix? A kid for whom I'm responsible? A kid who I am supposed to mould into a fine, upstanding citizen of tomorrow's world?

At least that's how it feels sometimes. You sure these things don't come with a manual?