It's even more applicable than I first realized 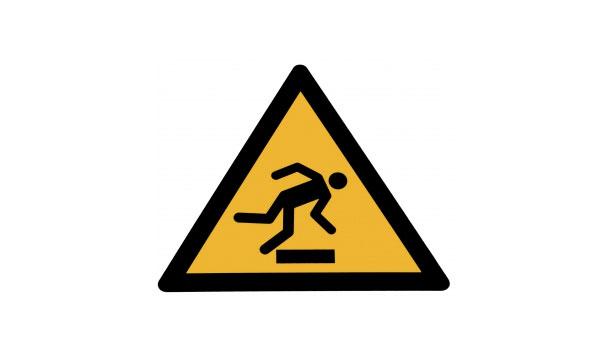 It's advice I first offered my daughter when she was learning to walk. As toddlers are wont to do, she'd trudge along on her merry way, gleefully indulging in any and all distractions that came her way. This led to many trips, falls, and bumps as she missed seeing whatever obstacle might loom ahead.

The advice has been repeated many, many, many times since. Walking in the grocery store (there's another person trying to get to the bananas, kid, move aside); cartwheeling in the living room (there's a table there, kid, watch your legs on the landing); playing in the park (there are some kids kicking a soccer ball, kid, maybe you shouldn't walk directly into their path).

But I'm realizing now just how bloody valuable that advice can really be.

See, I've always meant it in the most literal way possible. But I'm starting to think that many of society's ills and follies could be avoided if we all just heeded that advice a bit more often.

The guy who parks his car on a blind curve, he could use that advice. The lady who lets the door slam shut in someone's face because she's too preoccupied with her cell phone? She could use it too.

And again, it doesn't have to be literal.

Maybe the businessman who walks past the vulnerable people suffering from homelessness on the streets could stand to take that advice. Maybe the woman who puts her own well being and convenience ahead of the collective well being of those less fortunate in her community should take it too.

Canada is about to head into a federal election. We're a politically-engaged family and my kid is going to know what's happening, even if - at five years-old - she can't fully comprehend the subtleties and nuance. I've got strong feelings about politics and the choices in front of us but if people ask me what I think, I never tell how people how to vote. What I will tell people, though, is to get informed. Decide what kind of society you want to be part of then vote for the candidate or party that comes closest to delivering on that vision.

Because at the end of the day, if a majority of informed voters chooses a path I disagree with, I can accept that. That's the will of the people and that's what a democracy is built on. What I can't accept, though, is lazy, uninformed voting or apathetic non-participation. We don't have a lot of opportunities to decide, directly, what kind of society we want to live in and I can't stand people who don't take those opportunities when they do arise.

My kid is going to know an election is happening. We, as Canadians, will have a choice to make. And if she - or anyone else, for that matter -  asks me what it's all about, I'll give her the same advice I always give.

RELATED: The Best Advice Our Dads Gave Us

Category:
Life - Relationships
Tags:
advice to my daughter
wise words from dads
how to talk to your kids about paying attention
tips for kids to be happy
advice from parents