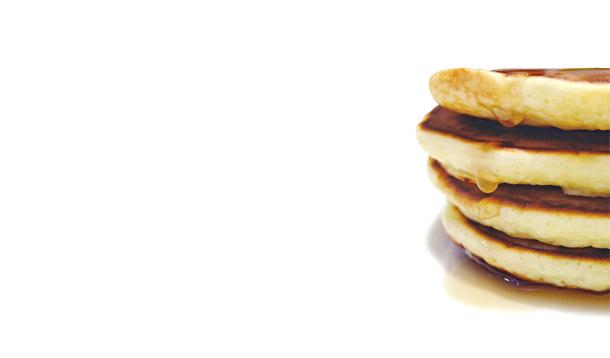 Scene: Suburban kitchen early on a late-summer weekend morning. DAD stands angrily at the stove flipping pancakes he assumes his daughter has forgotten she even asked for as KID sobs on the couch, heaving with the last gasps of rage following another tantrum over something insignificant.

KID: Are you still making me my favourite pancakes?

DAD: Because you asked me nicely to and because I know you love pancakes.

KID leans in and hugs the father's legs

KID: I love you Dad, I love our time together just us.

DAD: I love you too kiddo. I love our special time too.

Sounds of footsteps on the stairs, MOTHER enters scene.

Finding My Bliss And Talking About My Penis

Finding My Bliss And Talking About My Penis 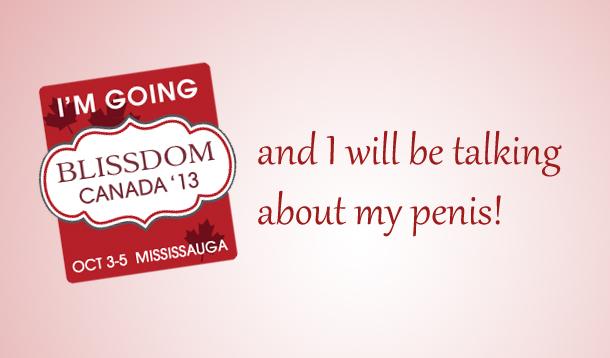 It was almost exactly a year ago that I was offered the chance to join the amazing team here at Yummy Mummy Club as part of the great dad blogger experiment. At the time I'd been blogging for more than seven years already and I figured it would be an easy transition. Then I wrote about my penis for the first time and I realized there was a bit of a difference between writing about media and communications and writing about parenthood.

In a couple of weeks my wife and I are heading to BlissDom for the first time and I am going to be speaking. I've spoken at conferences and events on several occasions in the past, it's something I am quite comfortable with and really quite enjoy. But, much like my pre-YMC experience as a blogger, it's always been in a totally different world. I've given presentations with titles like "Making it all make sense, understanding and measuring multi-channel outreach" and "How to build a framework for social networking in the enterprise." This one's going to be...different.

The biggest reason I got into this personal storytelling is because I was inspired by my wife. Her blog has become the foundation of an incredible community and network of support. The candour and openness with which she shares her most personal thoughts and struggles has struck a chord with the people she's connected with and made her a stronger and happier person. She's found her bliss.

At BlissDom Canada 2013 I'm going to take another step on my journey in her footsteps. Maybe I'll find my bliss too. Or maybe I'll just say penis over and over until it stops being funny.

Hope to see you all there. 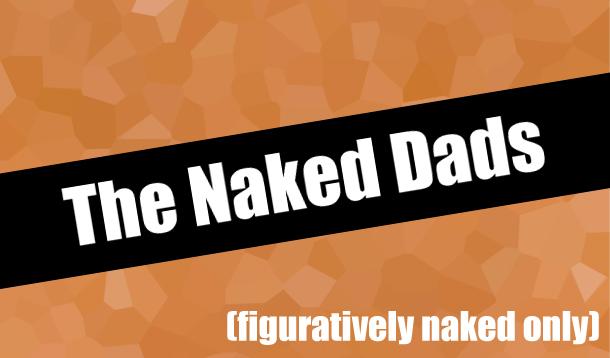 When I decided to call this blog "The Naked Dad," it was because I wanted it to be a totally open look at my experiences with fatherhood: nothing to hide, wide open and exposed. This post is the first of what I hope will be a recurring feature in which I interview other dads who are exposing themselves and being vulnerable in ways that inspire me.

If you ever find yourself in Ottawa listening to "Three Guys on the Radio" (or TGOR, as it's more commonly known), the weekday morning show on the local sports radio station, you'll hear a lot of stuff you'd expect to hear on an AM radio morning show. From "Wrench Throwing Fridays," when listeners can throw figurative wrenches at people who've annoyed them that week (complete with sound effects), to the "Oath of Incompetence," during which listeners who participate in the daily "61 Second Shootout" trivia game are forced to declare "I am not a man!" if they fail to get enough correct answers, the material is pretty much what you'd expect from a show that caters to sports junkies.

But you might also hear co-host Steve Warne sharing his "Adventures in Autism," in which he recounts amazingly candid stories about raising his teenage autistic son. These stories are usually told in a light-hearted way, with Warne laughing along with the listeners as he explains how he came to be sitting on the toilet at a busy Subway restaurant with the door wide open after his son had run out of the washroom in a panic. But they're also brutally honest reminders of what he and his family face on a regular basis.

Warne, who also co-chairs a charity golf tournament that's raised approximately $300,000 for autism-related charities over 10 years, agreed to answer some questions about what it's like to be an autism awareness advocate in the manly world of sports radio.

1) When did you decide to start sharing your "Adventures in Autism" with TGOR listeners?
The first one was probably about ten years ago. Until then I had avoided the subject of autism while on air, even though it was one of the biggest issues in my life.
Finally, an incident came up that I had to share on the air. It was about my son's fascination with hats. He liked to see what people looked like without them, often removing them without asking. Some people were annoyed by it but no one ever made a federal case of it.
So one day at the park, I was about 100 feet away from him when I saw him talking to an elderly man, pointing toward the man's turban.  He reached up and ripped that turban off as though he were trying to start a stubborn lawnmower. I tried to explain about autism and the stuff it makes kids do but we clearly had an language barrier. So I got the heck out of there, hoping we hadn't offended the man too deeply.
That was the story I told on the air. It happened around the time I had begun accepting my son's differences, focusing more on enjoying him and the cool little guy he is.
2) What has the reaction been from listeners?
All positive. Some parents are going through similar things or worse. I think they maybe find validation in the stories somehow. That they're not alone. Those who can't relate directly still, I think, get a kick out of the positive or funny spin I put on it. Hopefully it makes them appreciate their own typical kids more.
3) You work in a medium that's one of the last public bastions of "manly" attitudes, to put it poorly. Machismo and bravado are par for the course, for the most part. Were you concerned about that when you started sharing something so personal?
Sure. I think every guy wants to come off as strong in every way. They want their son to grow up and be rock jawed, 7 feet tall, captain of the football team.  At first, I suppose it felt like a weakness. I was worried no one could relate to it. Maybe too emotional or sad for our show. It's not like there were a lot of radio people doing it. Or any. Finally, I realized that it's just one of those things, in no way a reflection of anything my wife or I had done.
4) Do you think it's different for a father to be open and share these stories than it would be for a mother?
This publicly? No. I think it's about the same on the air. Again, some guys would perceive it as weakness and wouldn't want that as part of their on air persona. Females might choose to keep their personal lives personal. I definitely think women are more open with their feelings in general. I think they're more likely than men to confide in others.
5) What have you learned about yourself as a father and as a person since you started sharing these stories?
That I should have started sooner. That people are way more supportive and understanding than I thought. That I no longer want to change who my son is. 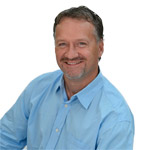