Looking at the year ahead 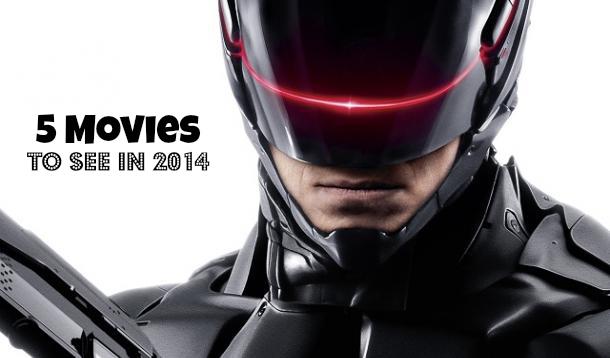 I cannot believe that 2013 is almost over. I can barely remember anything because it's been such a whirlwind. I mean, I had a baby, started a business, and everything around both those things have been an absolute blur of angry toddler, stressed parenting, and more intense joy than I could ever imagine.

So, instead of looking back on the twerking, jerking year that was 2013, I've decided to look ahead to 2014 and the movie releases I'm most excited about—and the ones I think you will be, too! Hopefully, my kids will settle down enough to let us get out to all of these in the theatre.

Starring Angelina Jolie, Sharlto Coply (District 9, Elysium), and Elle Fanning, this is just like Broadway's Wicked (which centres around the Wicked Witch from Oz) as a drama. Jolie stars as the title character, a pure hearted, lovely witch who slowly turns to evil as her heart becomes hardened during war. I'm very curious to see this one because of all the character development that seems to have come up in the last few years with the Sleeping Beauty witch (who was named Disney's number 1 villain of all time). Jolie and Brad Pitt's daughter Shiloh is also in this movie, so, you know, curiosity.

I love, love, love everything that's gone on with the Muppets since Jason Segal helped resurrect them with The Muppet Movie in 2012. Though he's left them to their own devices, the movie stars Ricky Gervais and Tina Fey, two of my absolute favourite comedians ever along side the Muppets. And H loves them, so this may be a perfect mama-son date!

I'm generally not really one for reboots, and the original Peter Weller Robocop is a serious contender for one of my favourite movies growing up. But the trailer looks pretty spectacular, and I'm nothing if not a typical nerd; I want to see it so I know what to hate about it. Still, I have high hopes for this one (and it was filmed in Toronto).

Ok, so it's basically a year away, but Paddington! PADDINGTON! Voiced by our dear Mr. Darcy himself, this one will be so amazing. My nostalgia is already acting up.

I know, you weren't expecting that one. This is a Clooney vehicle also starring Matt Damon, Cate Blanchett, and John Goodman and centres around the true story of a platoon who was tasked with retrieving and saving art from the Nazis during WWII. This also has Bill Murray, Bob Balaban, and Oscar winner Jean DuJardin (The Artist).

While our movie viewing (in theatres) days are in a low point right now on account of two kids under three, these five movies are totally on my "must watch" list.

What movies are you excited about seeing next year?