Birthing A Baby: Round Two

AM I MORE RELAXED THIS TIME AROUND? HELL NO! 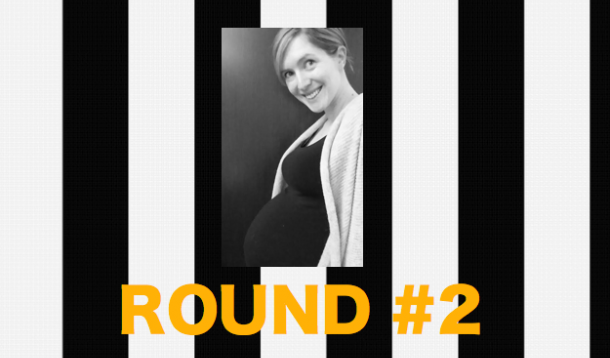 I'm about to give birth a second time.

Funny, I remember after going through this the first time I said, "I don't think I can ever do that again." And like a teenager who has stolen her parent's vodka, here I am, at it again. At least after the pain of labour, you have something sweet and amazing to nurse other than a hangover.

Though, as much as I'm bursting with excitement to meet our second baby, I'll be honest with you—I'm a little more terrified this time around. Why, you ask? Well, here is the thing: IGNORANCE IS BLISS, PEOPLE!

The first time around, I had no idea how much pain I would endure. When the nurse corrected me and told me that my pain was likely a "2 out of 10," instead of the 6 out of 10 that I had thought, I had no way of knowing she was right!

When she smirked at my desire to have my baby before midnight (I wanted a leap-year baby), I thought she was being pessimistic. Turns out, she was right. I didn't give birth to my son until 3:11 a.m., on March 1st, after 12 long hours of intense and active labour.

So, I've decided to do what any scared mom about to give birth a second time would do—I'm lying to myself.

Sure, some might call it "The Power of Positive Thinking," but I'm too honest with myself to even believe that crap. I'm lying. I'm flat out lying to my brain, and guess what? It's working!

I've told myself this: "Second babies often come quicker! Your body already knows what it's doing! This baby won't be posterior (sunny-side up), therefore it won't hurt nearly as much! You've done it once without drugs, you can do it again!"

I've closed my eyes and envisioned the whole routine. Like an Olympic figure skater. And guess what? I'm going to get a gold fucking medal, and THIS WILL BE MY NATIONAL BIRTHING ANTHEM!

So, with 2.5 weeks until my due date, I will hold my head high, take deep breaths, and continue to lie to myself (this also includes lies about how many grams of fat are in chocolate).

If you're curious about what my birth plan looked like for my son two years ago, you can read about it here. And if you want to know if it all happened the way I wanted it to? You can find out here.