I Want To Breastfeed Your Child

YEAH. I REALIZE HOW THIS SOUNDS...

I Want To Breastfeed Your Child 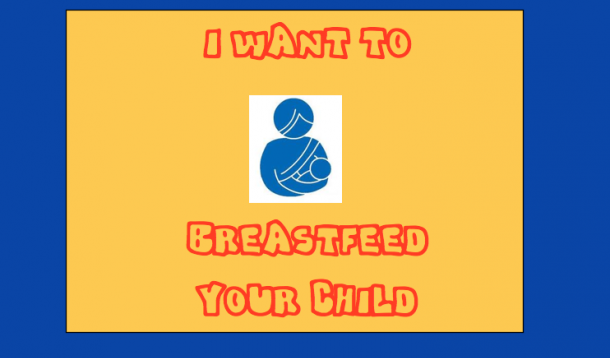 Yes, I realize this sounds incredibly strange. It even sounds strange to me. But I'm just going to go balls out here and say it:

I want to breastfeed your child.

There. Done. Judge me all you like. Now let me explain myself a little better...

You know how when some people see new babies, and they feel an incredible urge to put their feet in their mouths? "I just want to eat them up!" Well...that feeling has never really happened to me (Okay, I lie. It happened to me BEFORE I had a baby...but not since having a baby).

However, since having a baby, whenever I'm away from my son for an extended period of time (which has only ever been for a maximum of 6ish hours) I find myself looking at other babies and having an incredible urge to scoop them up in my arms...and breastfeed them.

I was at a friend's wedding back in December. I had been away from Cole for about 4 hours. I had already consumed a few glasses of wine. And then...it hit me. Everywhere I looked, I saw babies. My heart started gushing, and I missed my son so much. And since he wasn't there to kiss and hold, I just HAD to run over to every other baby in the room and strike up conversation with their parents.

"How old is he? What's his name? Do you want to see my son?" And then out would come the iPhone.

My husband and I are yet to go on a date where we don't flip through photos of our son and gush about how much we love him. It's just a little bit disgusting.

Anyway—there. I've publicly admitted this strange feeling that comes over me, and now you can all think I'm a weirdo (not that you didn't before).

The Wonderful World of Children's Toys

STOP LOOKING AT ME ZEBRA

The Wonderful World of Children's Toys 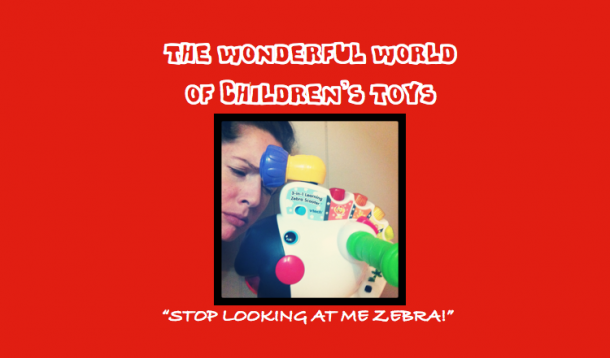 Since we've moved to the 'burbs and now have storage space, the Grandmas got a little excited at Christmas. And by little, I mean a lot. They were probably singing carols, squeaking out excited farts as they raced down the aisles of Toys R Us.

*Side Note* I have a theory that the reason you smell farts so often in shopping malls/grocery stores is because people get excited and their sphincters relax.

"Ohh, these jeans are on SALE!" *Pffffffttttt*

Anyway, back to the toys... Our basement is a disaster, and I haven't even begun to try to clean up the toys when we are done playing with them. A) We don't have any storage systems set up yet (we're still only semi unpacked) and B) Why bother? I'm f*cking exhasted (my son still isn't sleeping. Quelle surprise!!) and we'll just be down there in another 30 minutes to play with them again. It's the same reason I only SOMETIMES make my bed. Yep. I'm 30 years old with the mind-set of a 15-year-old sometimes. I realize this.

Moving along, having all of these new toys is a bit overwhelming. There are just SO MANY OF THEM! So I took the advice of a Mom I met while doing interviews for my latest YMC video, and I divided the toys into two bins. This way I can "rotate" the toys and they always seem new. Since children have the memory of a goldfish (sorta), they'll be excited all over again "Wooo! Look, a new toy!" "

In addition to the overwhelming quantity of toys, I'm also a little overwhelmed with all of their lights, sounds, and functions. One minute Cole will be standing at his activity table, pressing buttons—making it sing, and then from across the room, his Octopus toy yells "Hey! Where are you? Peekaboo!" and then he'll crawl over to the Octopus. No sooner is he over playing with that toy, then his Zebra scooter lights up and says "Come along with me! Let's go for a ride!" And sings a song that annoyingly DOESN'T RHYME!

*Another Side Note*: At this age, I want all of my son's songs to RHYME. When it's a short song with only four lines, it's the least you can do. Make it catchy and cute. Every time the Zebra is done it's song, I feel cheated. Left hanging on the edge. I'm waiting for the rhyme that never comes. Sigh.

Whatever happened to the good ol' toys? Like pet rocks? And yo-yos? Back in my day (I realize I now sound like an 80-year-old) all I had was a doll who shat herself. Hm, on second thought—maybe I prefer the singing Zebra...

BATHTIME JUST GOT A LOT MORE INTERESTING AT OUR HOUSE 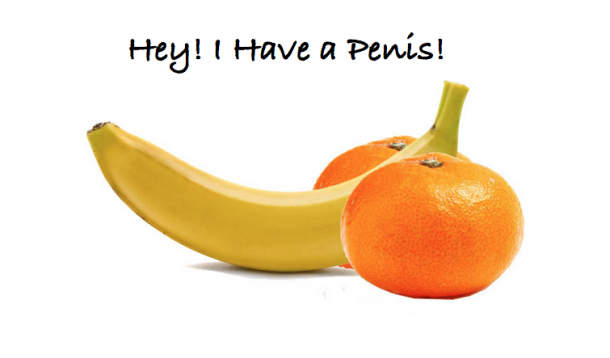 My son is now ten months old, and only recently did I stop getting into the bath with him. This seems ridiculous, I know—but it was the easiest way (I found) to bathe him without fear of losing grip of his slippery body or without crushing my ribcage against the hard porcelain tub. Therefore: bathtime for Cole also meant bathtime for Mommy.

Well for Christmas, Cole got some awesome new bath toys, and after talking to a friend—I decided I'd be brave and try this whole "bathing alone" thing (and by bathing alone, I mean "bathing-while-moms-hands-are-always-on-me-and-I'm-only-in-an-inch-of-water") Don't forget. I'm a Safety Susan.

Anyway, I was very excited for Cole to play with his new bubble-blowing penguin, and his water-squirting dolphin, but guess what his new favourite toy is?

As soon as I sit him in the bath, he bends over, uses his hands to shoo away any bubbles, and grabs onto his penis. He gets so happy to see it. He starts talking to it.

"Oh hello friend! Who are you? Where have you been hiding out? You are a very interesting fellow. I like you!"

My husband and I laugh, and thoroughly enjoy watching this little interaction take place. We even asked ourselves, "Is it wrong that we find this so incredibly amusing?" But no, I don't think so. It's just amazing to see a child discover ANY new body part. And this one in particular is just very fascinating because it's too far away for him to really get up close and examine, so he has to stretch it and bend over as far as he can just to get a closer look. He pulls and squeezes it into all sorts of shapes. I asked him if he was auditioning for Puppetry of the Penis (I haven't seen this show, to be honest) but this also got me thinking—why isn't there a "Puppetry of the Labia" show?

As a society, we seem to be so much more accepting of little boys playing with their junk than we are of little girls. In fact, you almost never hear about or talk about little girls playing with their genitals. When little boys do it, we consider it "normal" and "funny" (though when they get a bit older we say things like "don't do that in public, that is a private act" etc etc) but what about little girls? If our little girl were to constantly touch her clitoris/labia we might freak out and think there is something wrong with her. It's just not fair. If my future daughter wants to play with her labe in the bath, I'll also find this amusing and hilarious. Just so you know.

That's my penis story for the day. And my vagina/labia rant.

Tell me: when did your child discover his penis? Or better yet—tell he when they STOPPED playing with it? He hasn't? Ever? Yeah. That's what I thought.