NAME THIS BABY AND YOU COULD WIN! (NO PRIZE ATTACHED) THIS IS FALSE ADVERTISING 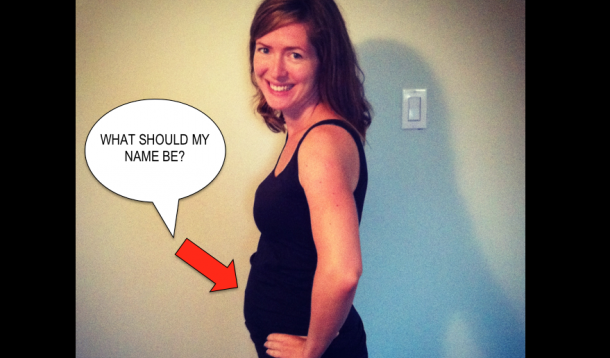 For those of you who know me in real life, you know that I'm a name junkie. I always have been. Always will be. It's a sickness.

I've already written a post about my name obsession, so I'll try not repeat myself.

This post, however, is to ask for your help. I need your advice! I want to hear your thoughts and I want your input...

Here is my dilemma:

Ever since we were pregnant with Cole, we have loved the name Lily (Lillian) — and this would have been Cole's name (most likely) if he were a girl. So clearly, we would like to use this name if we happen to have a girl this time around..,(which we are. Because I'm psychic.)

Except the problem for ME is that the name Lily it's SO popular!!! (My husband doesn't seem to care, but I do...)

Five women I know who are expecting are planning to use the same name. As someone who bares one of the most common name of the 80s, I always wanted something more unique for my own kids. So I can't decide if my love for the name outweighs the popularity issue. We have two other solid names we like that are less popular: Vivien and Maeve. I really do love these names as well, but Lily has been our favourite since I was pregnant with our son so it's hard to shove it out of first place.

I asked my closest girlfriends for their thoughts and opinions and they offered up some solid advice, on both sides of the coin:

"To me, it doesn't matter how many Lillian's are out there because yours will be unique and stand out. Just think, you're one of 3 Jens in my life and I've never thought of you as having the same name...Pick a name you love, because she will feel that her whole life..."

"In my opinion, there is no way I would ever name my kid something that I knew would be popular — I couldn't handle that. While Lily is a beautiful name, if five other people you know want that name — that is nutso!"

So this is where I need your help and words of wisdom. I want to hear your naming stories. Any regrets? What helped you make your choice?

And my overarching question: Will the popularity of the name Lily ruin it for me in the upcoming years?

Thank you in advance for weighing in! 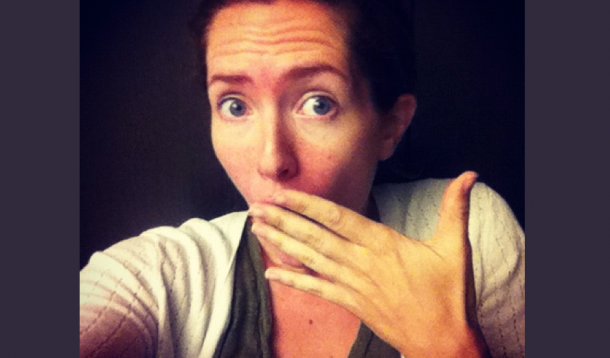 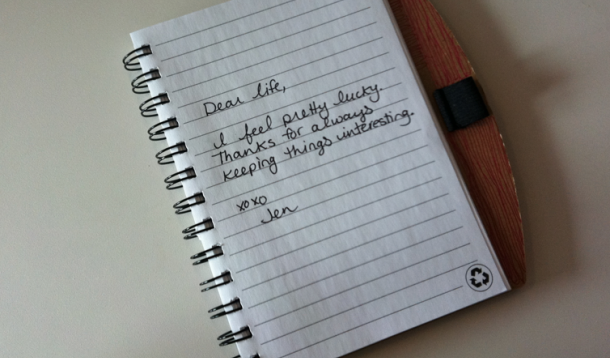 If you've been following my blog, you might remember in early July, I wrote about planning a cross country trip with a toddler? Then you might remember that later in the month I wrote a post about those trip plans being kiboshed? And I said I'd elaborate later...

Well...it's later. And now, I will elaborate.

It was Wednesday July 3rd and I was getting ready to go to work, just like any other morning. I was holding Cole on my hip as we made coffee (he loves to help). It's his job to put in the filter, help me count the scoops, and then press the button. We high fived, and I bent over to put him on the ground, when all of the sudden I felt some cramps in my abdomen. What the heck was that?

Must be the little elves that like to hammer on my ovaries this time of the month. No big deal.

So I continued to get ready. Except I couldn't, because I was instantly in a lot of pain. I was hunched over, and couldn't walk. I went to lie on the couch, while I took some deep breaths. This felt like early labour pains. What the heck? I decided this wasn't normal, so my husband took me to Emergency.

They did some blood work, admitted me, and my husband and I waited in the waiting room. Because that's what you do in waiting rooms. you wait. By now — the pain was completely gone (of course — that's also what happens when you go to the hospital for something) so I felt really silly just sitting there.

30 minutes later a nice doctor came in and said, "So your blood work results are back...and...you're pregnant."

My husband and I reserved our excitement. We were trying (more or less) for a second child, but because I was sitting in Emergency with abdominal pain, we didn't feel we could exactly celebrate just yet. I knew this pain could be one of 3 things: an ectopic pregnancy, a miscarriage, or a normal healthy pregnancy with an unexplained freak pain.

The doctor informed us that over the next 5 days we'd do a series of blood work and ultrasounds to try and figure out what was going on.

"But...we have a trip planned out west. We fly out on Saturday. Am I still able to fly?"

The doctor told us it was entirely up to us, but during the 1st trimester there are some "unknowns" about flying. Something about the acceleration of the plane. WTF? I didn't know this! He said there isn't a lot of research or evidence, and many people do fly - but it was "at our own risk" more or less.

After weighing all the pros and cons, we decided to stay home and cancel our trip. In addition to not wanting to take any risks with a healthy pregnancy, we also didn't want to be in an unknown city with unknown doctors if I should need medical attention.

So we stayed home. And we waited. And I tried to send my uterus "happy growing baby vibes." We tried to be excited and optimistic but couldn't fully let go of our fears.

And then...5 days later during an ultrasound, it was confirmed.

Baby Warman #2 was firmly planted in my uterus! And then four weeks later, we had our 9 week ultrasound and got to hear a heartbeat and see our little "grape" wiggle around. Cole was with us and he excitedly pointed at the monitor and smiled. Already forming a bond with his future sibling ;)

We are so excited that we get to be parents again!

Yes, I'm exhausted and feel barfy most of the time, but it's entirely worth it.

Looking back, I wonder, "What was all that uterus pain about in the beginning?" And I have a theory. This little girl (I'm already predicting it's a girl) wanted to make a grand entrance right from the start. I envision her burrowing into my uterine lining with great force — wearing a cape and carrying a javelin as she screams, "Mom! I'm HERE!" She didn't want me to get on that plane....just incase. She's a determined little girl, and I can't wait to meet her in March!

And Baby Warmberger #2 — if you end up surprising me, and you're a boy, I apologize. I'll love you just the same.

Your excited and loving Mom