I Promised My Sons a Puppy: Then We Had to Give Him Back

What happens when you can't keep your promise? 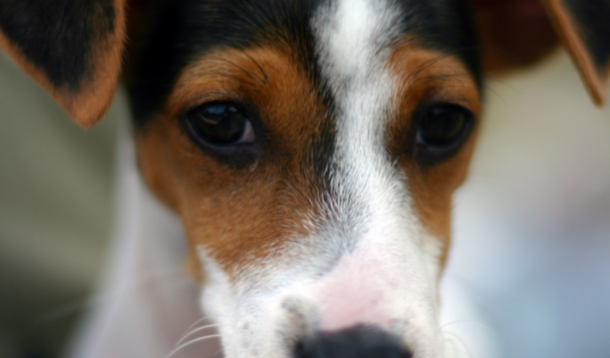 Our two young sons wanted a puppy. Romantic notions of the perfect family dog completing our almost-perfect family led us to a bucolic farm one Saturday afternoon. We were all smitten with Riley, a handsome little golden fellow. I gave the breeder a wad of cash, carried Riley to the car, and tucked him between our excited boys in the backseat to take him to his new home.

For the first few weeks, I chalked up Riley’s behaviour—chewing shoes, gnawing the corners off furniture, clawing the legs of my younger son (inciting tears)—as puppy exuberance. The day he barred me from leaving my home office with a menacing growl was the day I started to see him in a different light.

Riley’s aggression quickly escalated. He would be calm one moment and ferocious the next. He bit my older son for taking a toilet roll out of his mouth. He continued to maul my younger son.

I reassured my boys that with obedience classes and abundant love, Riley would soon transform into the perfect family dog we had envisioned. We were committed to helping him grow out of bad habits. He was a member of our family now.

When a couple months of obedience training didn’t help, we took Riley to an animal behaviorist. He prescribed exercises and a raw food diet, telling us there was nothing wrong with our dog he couldn’t fix.

Riley became scarier: often drooling and shaking when we got too close. I phoned the expert back, mentioning Riley’s worsening condition and that my veterinarian cousin didn’t think raw meat was the answer. He yelled at me, calling my cousin incompetent and questioning my leadership skills. I wasn’t willing to concede my cousin was an idiot but I was willing to acknowledge my own failings. Indeed, my parenting style could be loosey-goosey and I had never held a managerial role.

So, we kept at the training (but skipped the raw meat), to no avail. We began to feel like prisoners in our own home.

Yet, giving up on Riley still didn’t cross our minds. We had made a commitment. A promise is a promise.

We invited another expert to our home. She put a treat into Riley’s bowl and then touched him lightly with a soft rubber hand on a stick. Without warning, he turned and took several hard chomps. She sent the boys to play out of earshot before telling us she had rarely seen a case this bad. She explained our dog had no bite inhibition and could do serious harm. We would have paid her whatever it took to cure Riley; instead, she suggested we put him down.

Later that night, my husband and I told a white lie to our boys. We didn’t say Riley was going to be put down; rather, he was “going back to the farm.” They were devastated.

“What about his good qualities?” one asked.

My family’s experience with Riley was years ago but he popped into my head recently as I watched a parade of pandemic puppies being walked down my street. “Does anyone have a Riley?” I wondered. If so, what will they do?

I don’t regret making up a white lie about Riley “going back to the farm” but I do regret making a promise I could not keep. Riley was never going to be part of our family for better or worse.

After we broke the news to our sons, I called the breeder. She didn’t seem surprised by my call. She said to bring Riley back to her farm where she would arrange for her veterinarian to put him down. The day I arrived, feeling sick to my stomach, the breeder surprised me by saying Riley wasn’t going to be put down after all. A family from a nearby farm wanted a dog.

I never heard what happened to Riley. What mattered more was we hadn’t lied to our boys after all. He really did go back to the farm—to live and not to die.

Sue Nador is an Ottawa-based freelance writer. She writes on topics from business to travel but mostly about relationships in mid-life. Her stories about parenting have been published in The Globe and Mail, Grown & Flown, Huffington Post, her blog The Relationship Deal and other places. She and her husband have two grown sons. Sue has an MFA in Creative Nonfiction from the University of King’s College.