I Snuggle the $hit Out of My Kids

I'M AN AFFECTION JUNKIE AND I'M NOT AFRAID TO ADMIT IT

I Snuggle the $hit Out of My Kids 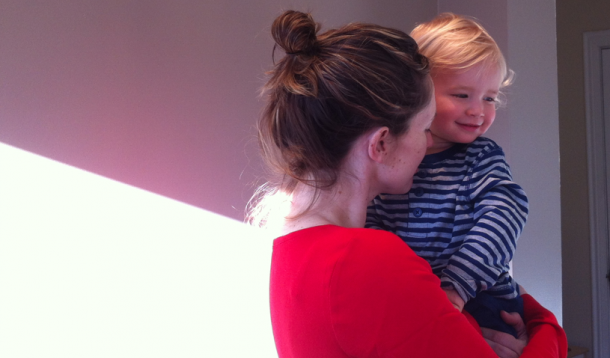 There is something you should all know about me: I love hugs. If I've just met you, and you seem even remotely nice, I'll probably hug you.

And yes, I respect my children's wishes when they're not in the mood for a hug or a kiss... but 0.5 seconds later, I'm following them around like a lingering fart - just waiting to be recognized.

You know how most people get a little creeped out by the book "Love You Forever" by Robert Munsch because the Mom drives across town with a ladder to climb into her adult son's room and rock him while he sleeps? Well, I see absolutely nothing wrong with that.

Except for maybe the fact that the elderly mother has to carry the ladder each time. I say, just leave it up at the window for the next night! 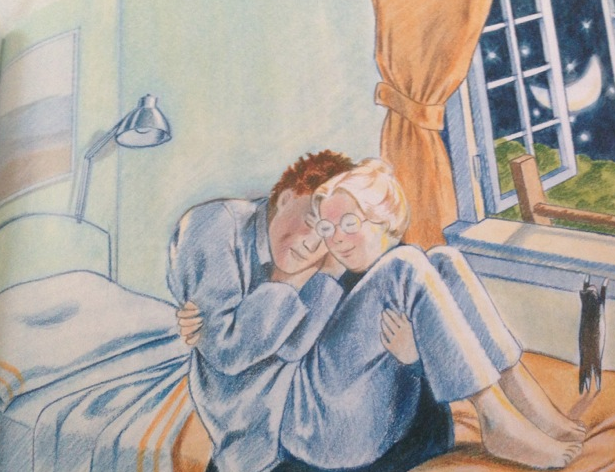 Yes, this whole "snuggle thing" it's a bit of an obsession. But 99% of the time, my kids are totally into it and initiate the snuggles too.

And I have a parenting motto that goes something like this: "I made you, so... too bad." I'm still working on the exact phrasing, but you get my point.

Honestly, I'm just fully taking advantage of this time, because I know that there will be a time very soon when they no longer want to curl up on my lap or fall asleep in my arms. The fact that my 3.5 year old still lets me dance him to sleep sometimes is amazing (plus, it contributes to my mom-arms... and future back problems).

Whatever. It's worth it.

I just love my kids so much that I want to burst sometimes, and there is no other way to express it. (I also need the snuggles to counter the times that I burst from frustration, so...)

And now, this is the part of the blog post where I indulge myself with sweet snuggling photos of my adorable and sweet kids. Feel free to judge me just a little right now for being so over-the-top-mushy and publicly cheesy. But I really don't care. This is my blog. "I write it, so too bad." Hmm. Looks like my parenting motto and blogging motto are pretty much the same. 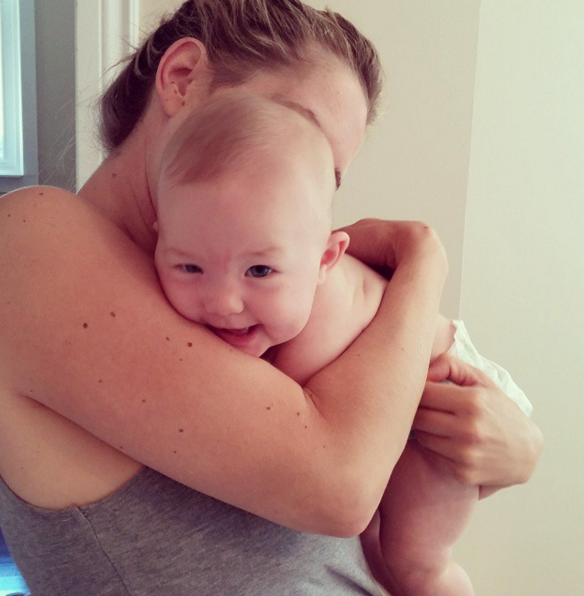 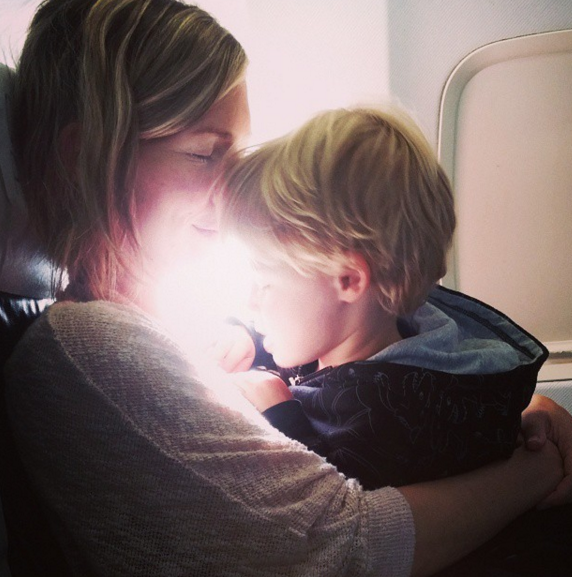 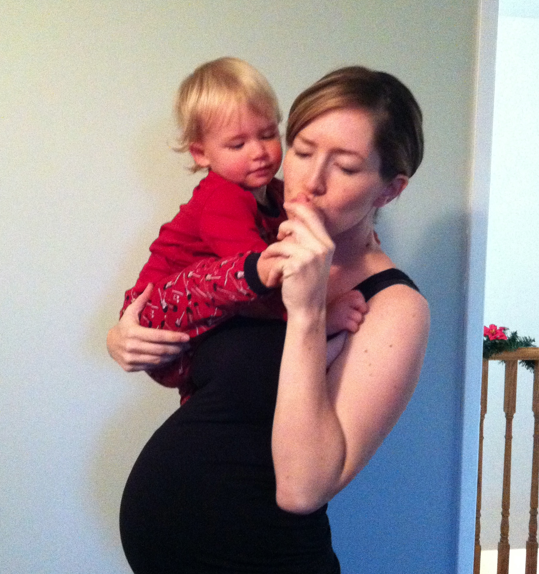 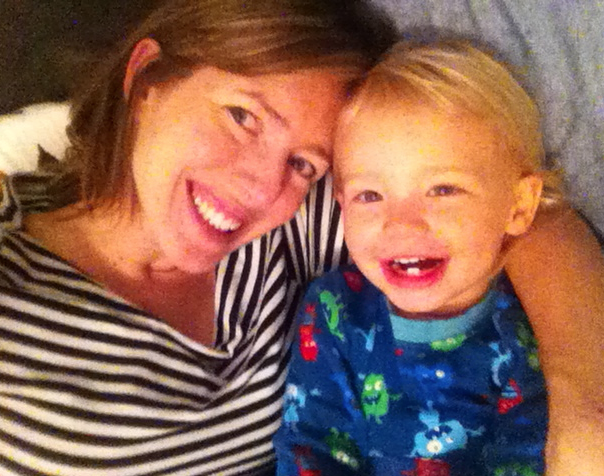 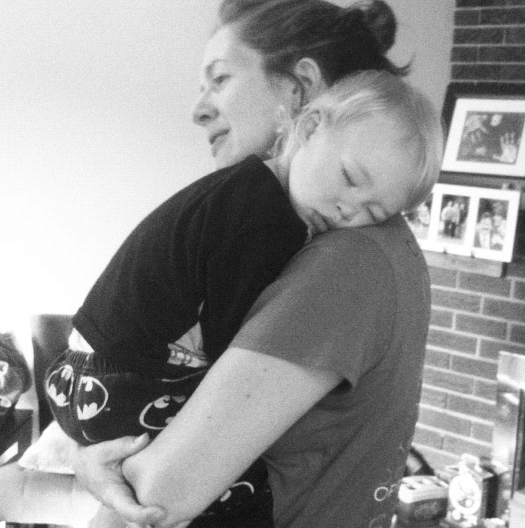 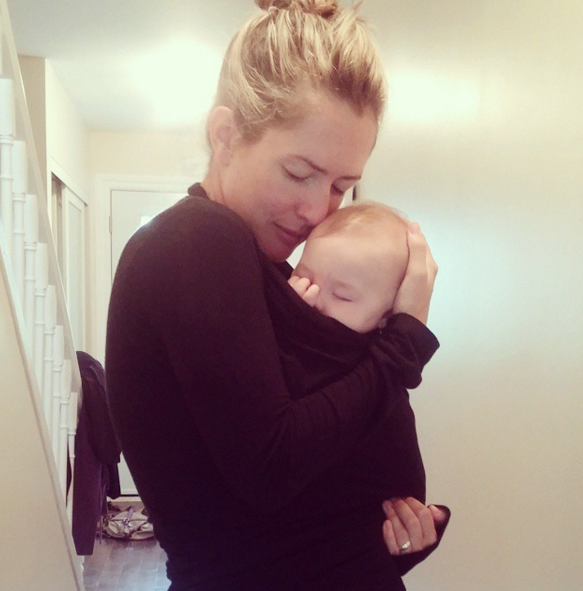 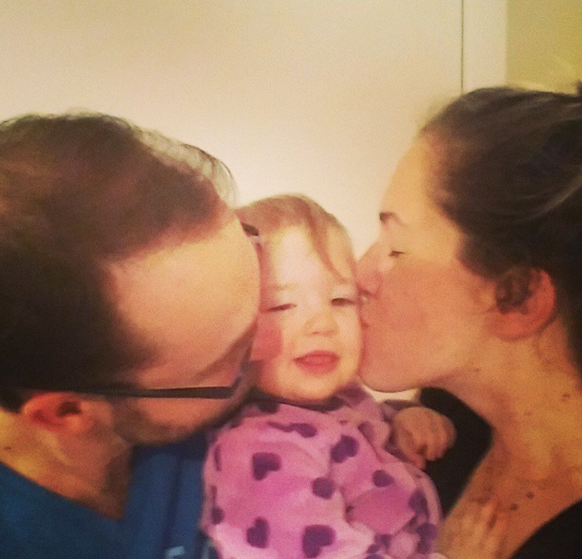 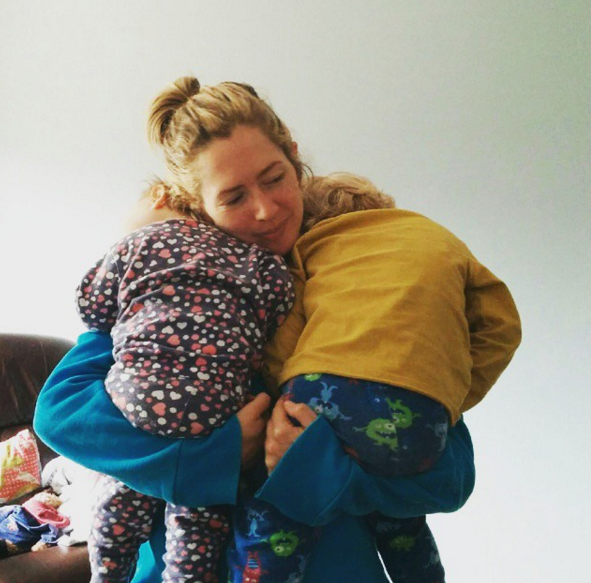 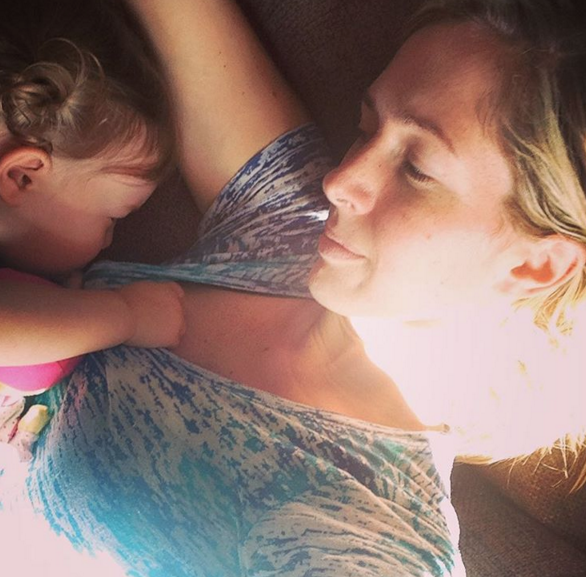 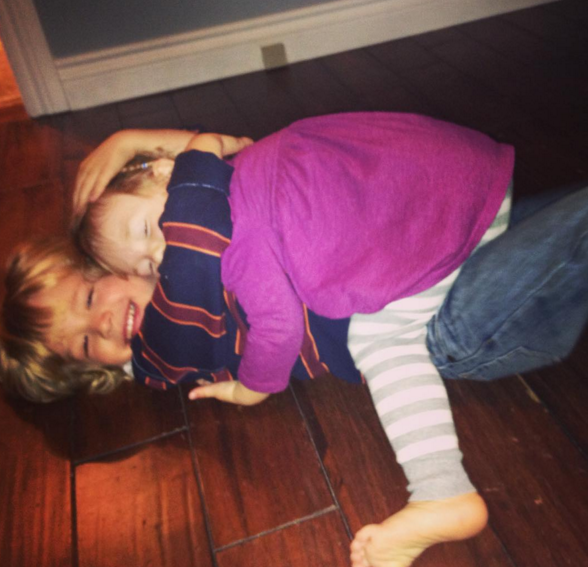 THE NEW DISNEY PIXAR FILM YOU'LL WANT TO SEE (OH, AND PROBABLY TAKE YOUR KIDS TO AS WELL!) 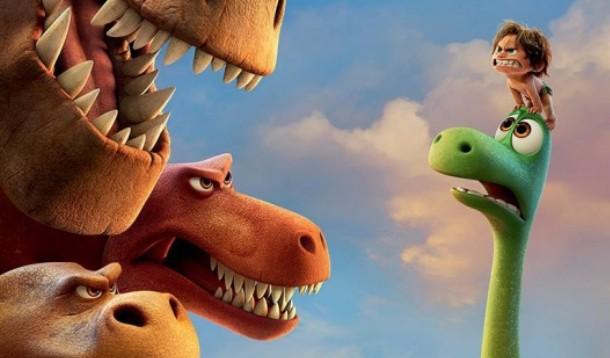 A couple of months ago I was fortunate enough to attend a screening event and presentation of an upcoming Disney Pixar film, The Good Dinosaur.

And on November 25th it's finally going to be in theatres! Here are five reasons I'm totally pumped to see it:

1) My son is finally old enough to sit through a movie, and has a recent obsession with...DINOSAURS. Cole has only been to the movie theatre once before, and it was recently to see "Inside Out." He loved the film, loved the experience, and talked about it for weeks. I've been waiting for another great movie just so I can take him again!

2) The Director of the film, Peter Sohn, is a creative genius. After hearing him speak about his journey to Disney Pixar, and hearing him talk about this particular project, it is quite evident that every ounce of his love has been pourted into this film. So how can it be anything but amazing?

3) It's so beautiful, I couldn't look away. During the screening, there were moments where I was truly in disbelif that what I was watching was animation. My mind was blown. Espeically since my artisitc abilities tapped out at fifth grade (I'm pretty awesome at Pictionary though - just as a side note)

4) There is a great storyline and relationship between the characters. What I love about watching good movies and tv shows with my son is when they offer me opportunties to talk about things that might not normally come up in our day to day conversations. I have a feeling that this movie is going to spark a lot of curiosity, and I'll be spending the drive home from the theatre answering his non-stop stream of questions.

If you'd like to check out the trailer for this stunning film - you can find it here (below). And if you'd like some movie-theatre popcorn...I know just the film to pair it with...

IT CAN HAPPEN TO YOU! 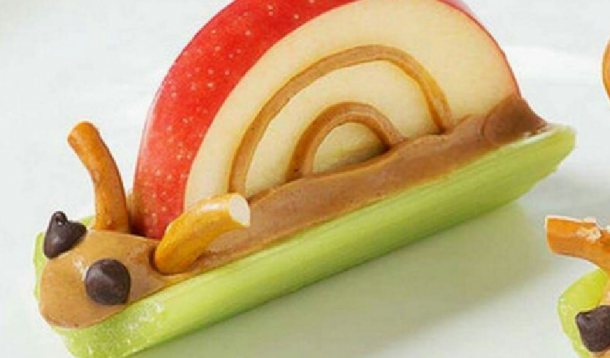 I saw this image in my FB feed five seconds ago, and I got excited. "That's so cute! I want to try that." And then, point five seconds later I also thought, "What the hell am I thinking?"

And even right now, as I type this, I can't decide if making peanut-butter-snail snacks for your kids is a great idea or yet another example of how we are constantly over-the-top-parenting-the-shit-out-of-everything. Even snack-time (no offence, cute peanut butter snail snack. It's not you. You're just the catalyst for this whole conversation.)

On one hand this is a creative way to get your kids to eat healthy snacks. (Double points there in my books: creativity AND health)

But on the other hand this is just another example of how we are adding more stress to ours lives as parents, whether we realize it or not. Can't anything be simple anymore? What happened to calling it a "squirrels tail" and just slapping some PB on a banana and saying "here you go kid!"

SIDE NOTE: My Dad used to say to me, "Put peanut-butter on your lips and go out for Halloween as an asshole." That was the extent of his creative involvement. I know it's a little off topic, but it does involve peanut-butter.

But seriously though, have you ever thought about how a simple image of a peanut-butter-snail-snack could entirely ruin someone's day? Or maybe even their whole life?

Picture an exhausted, dedicated, hard-working, loving parent (aka: you). You're trying desperately to do the best you can. You've just made it home after a long day,  you're scrolling through your social media channels and...BOOM! You see the peanut butter snail snack. And that's when you break. You think,

"F*CK! Is THIS what people are doing for lunches now? Is THIS really a THING? That's it. I'm a failure. If other parents are finding the time do this (and take pictures of it. And share it) then surely, I'm failing at this whole parenting thing, and I might as well just throw in the towel. It's alphagetti for dinner kids. And you can open your own damn can."

You flop lifelessly onto the couch, and decide to call it quits.

All of your years of careful parenting efforts end here.

You start smoking. Inside. You start swearing in front of your kids. F-bombs in every sentence. You un-buckle those rear-facing car seats. In fact...you turn them around. Or throw them out completely! You decide, "why not bring back spanking too, while you're at it?!?" Who cares? Not you. Not anymore.

Once upon a time, you did care. Until you felt utterly deflated as a parent because somehow you didn't get the memo that lunches needed to be great works of art. I guess you were too busy worrying about positive discipline, and attachment parenting. F*ck that shit. That was the old you. Thanks to Peanut Butter Snail Snack, you've changed your whole parenting game.

It's time to kick things old-school.