If I am the voice of a generation, we are so screwed 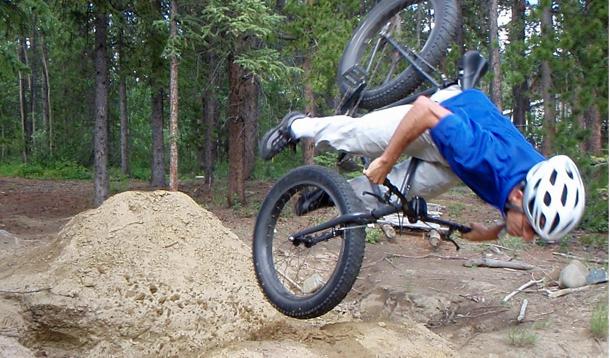 It was an altogether surreal moment.

There I was, sitting in Erica Ehm's car with my wife (and Erica, so we're clear. We didn't carjack her), driving down the 401 towards Toronto after leaving Blissdom Canada 2013. Inspired in part by Erica's own presentation at the conference, I'd "just asked" the YMC blogger crew if anyone could give my wife and me a lift downtown and Erica had obliged.

Now, I've been writing here for a year (a year ago on October 22, actually). I've had the chance to meet and hang out with Erica a few times, getting a little less starstruck each time. Still, riding in her car took that level of familiarity up a few notches.

But that's not even the surreal part.

The conversation turned to this very site and the team of people that fill it with content every day. Like a proud mummy, Erica was talking about the valuable perspectives that each of the writers brings and I was nodding and agreeing along with her until she hit me with:

"And you, you are the voice of the modern dad!"

Ok sure, I'm a dad. I get that. But shouldn't "the voice of the modern dad" have some sort of, I dunno, degree or something? Some semblance of training or — in the parlance of many a job posting — some combination of equivalent experience?

Look, I've known Dads all my life. I have one. My friends growing up all had one. Those guys were dads with some sense of authority. they knew stuff, man. They were pros. But I assume the training courses they took were lost to government cutbacks or something, though, cause... and I don't want to let the cat out of the bag here, but... my dad friends and I? We don't know the first thing about this gig. There weren't exams and tests and lessons and stuff. They just handed us our kids and sent us out into the world.

That "voice of the modern dad" comment reminded me a conversation I had a few months ago. My wife and daughter were out of town together and I had the house to myself so I invited a couple of buddies — both dads themselves — over for a few drinks. We talked about all kinds of things but at one point our conversation turned to our kids and struggles we'd had with them. At one point, one of my friends said "man, can you imagine our dads sititng around talking like this?" — the implication being, no, of course not.

And I guess that's maybe what Erica meant. None of us get guidebooks for this job. There's no training or certification or anything, we're just handed a baby and a title and we start trying to figure it out.

I posted my own BlissDom presentation here last week, all about how I'm still trying to figure out how to be as open and honest as "The Naked Dad" title of this blog would imply. I sometimes see that as a failure, as though I'm not delivering on my promise. But if my friends and I were right, that we're breaking new ground as dads by admitting in front of others that this is all really hard sometimes, maybe that's ok.

Maybe this really is the voice of the modern dad — equal parts cavalier and insecure; equal parts hilarious and terrifying.

That Erica, she's so smart.

Joe Boughner: The Naked Dad Exposing Myself on the Internet