As the dad of a young daughter, I'm glad Hollaback is fighting the good fight 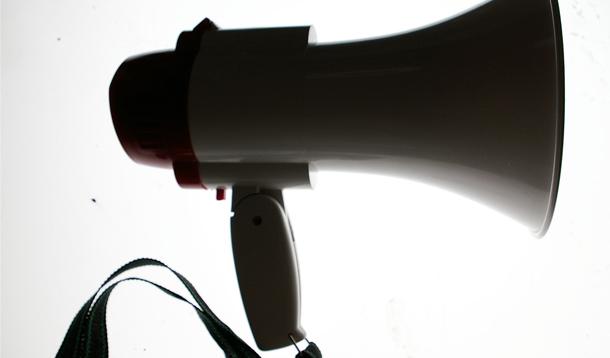 As a 6'3 heavy-set dude, I rarely (read: never) have lewd comments or unwanted compliments directed at me whilst I stroll down the street or ride on public transit. For that reason, perhaps, I never really stopped to consider how often such treatment is directed at women or how it might affect them.

However, as I listened to an interview with Julie Lalonde, head of Hollaback Ottawa, an anti street harassment advocacy group, on our local CBC station earlier this week, it suddenly dawned on me that—if things don't change soon—my daughter likely will experience this sort of street harassment as she gets older. And it occurred to me that we shouldn't have to wait until we're personally affected by something negative to take action. So I reached out to Julie to ask what concerned citizens can do to help prevent street harassment as well as what parents can do to help their kids deal with it. She was kind enough to share more than a few thoughts.

How do you define street harassment?

The best street harassment definition out there was penned by Holly Kearl from Stop Street Harassment. "Unwelcome words and actions by unknown persons in public places which are motivated by gender and invade a person's physical and emotional space in a disrespectful, creepy, startling, scary, or insulting way."

But most people call street harassment really ridiculous things like 'cat calls,' which is offensive on its own because NEWSFLASH: Women are not cats.

As parents, how can we be good role models for our kids around this issue?

What's important to remember about street harassment is that it's the most pervasive form of gender-based violence but also the most normalized. It's ubiquitous but most of us don't even think about it. Not critically, anyway.

We need to teach our young men to respect women's bodies and counter the message that says that women's bodies are public property. We also gotta be real with them in telling them that street harassment is the least effective way of getting a date!

Street harassment is not about paying women compliments. It's about putting women in their place and more often than not, it's about men trying to impress other men. We have to change the culture that says that to be a real man is to disrespect women.

We need to teach our young girls to never lose their rage. Whenever I work with young girls, I am struck by how enraged they are about street harassment. Because it's a new phenomenon for them, they are still thinking about it and realizing that they can't navigate the streets the same way they did pre-puberty. DON'T LOSE THAT ANGER. You are entitled to being upset about this.

Don't internalize it; don't hate your body; don't hide yourself. They are in the wrong, not you.

As a parent of a daughter, how can I equip her to deal with these situations if they arise?

I think I kinda answered that in question #2 (Sorry!) But I think the greatest gift we can give our young women when it comes to street harassment is validating their right to navigate public space as much as men. So often, women internalize the messages that our bodies are the problem. If we didn't dress that way, walk in those neighbourhoods, wear bright colours, talk so loud, etc, etc, etc that we wouldn't be experiencing this stuff. And that's false.

What's the biggest thing we can do as concerned citizens to put an end to this behaviour?

We need bystander intervention. If you're a man seeing another man street harass someone, call him out. Either intervene directly, delegate to someone or create a distraction. Men need to be calling out other men on this behaviour because the reality is, when women do it, it's dismissed. We need to create a new male peer culture that condemns this stuff.

Regardless of how you identify, we need to validate people when they talk about their experiences. No more writing this stuff as a compliment or a nuisance. It's a form of violence that harms our entire community. And if you're in a situation where you see somebody being harassed, your silence and inaction are giving the creep in question a 'Get out of jail free card.' That's gotta stop.

Joe Boughner: The Naked Dad Is Today The Day Your Life Will Change?