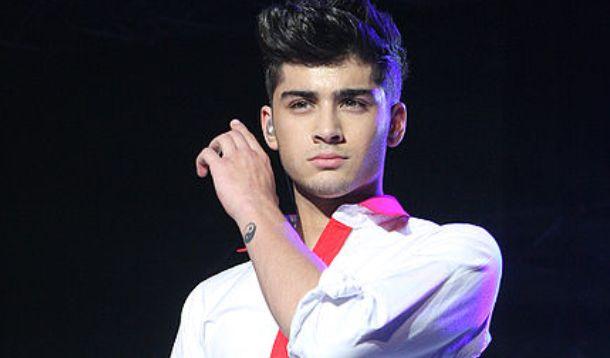 Thousands of tissues and Twitter feeds coated in teen & tween tears have been shed over the announcement that Zayn Malik will be leaving One Direction, taking the band down to four members.

In his statement, he announced that he was leaving to pursue a normal life: "I am leaving because I want to be a normal 22 year-old who is able to relax and have some private time out of the spotlight.”

Zayn, I sincerely hope that’s true. While the cynic in me who read accounts of your partying and knows you are affianced to someone in another band leads me to believe you’re going to continue in that lifestyle, just not as a pawed-and-clawed boy band member…the optimist in me wants to believe you might be one of the smart ones.

Celebrity and its accompanying fortunes and experiences are truly the modern lottery. So many young people harbour modern soda-fountain discovery dreams (except the dream is now being a contestant on singing shows) that offer a golden ticket. But some celebs seem to have a secret plan, a get-out-of-tabloids-free card: knowing that if you hit it big, just that once, you don’t ever have to do it again. And you are free to write your own story if you do want to do it again.

You know the people: Julia Roberts choosing to live on a ranch in New Mexico (she still seems to get the parts she wants). Beloved Brits who stay across the pond and show up in an American film every now and again. Even Nicole Kidman pulling up stakes to go live in Nashville with Keith Urban probably got a very different life than her first go around with Tom Cruise in L.A. And Meryl - you never see Meryl in the tabloids, and she lives right in their neck of the woods. The cool, fun and funny Emma Stone and Jennifer Lawrence, who meet the "press" on their own terms.

RELATED: That Time a Grandma "Met" One Direction

The courage to ignore critics, “the rules” and “the way it is” define a lot of great people, and some of them are even celebrities. These are the famous folk I would like my children to emulate - hell, they’re people I’d emulate (just gotta finish that first novel). It’s a quiet form of wisdom to realize that if you’ve won, you simply get up from that blackjack table and walk away.

Zayn, I hope you have some caring and smart people around you who saved your money. I hope you buy a remote property somewhere that makes you happy, and that you can live there for a little while or a long while until you want to sell it and go be happy somewhere else. I hope that you pursue other art forms, or doghouse building, or architecture — whatever moves your creative spirit and suits your definition of a normal life.