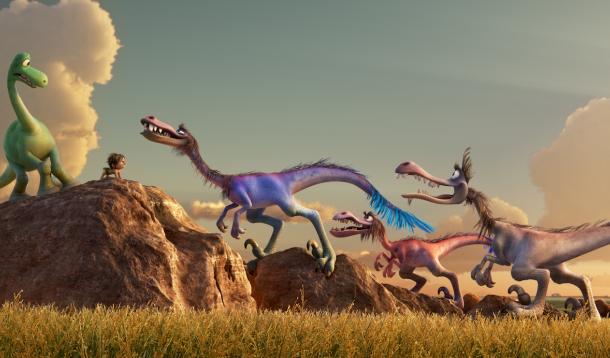 We’re all waiting for the latest movie in a certain franchise that takes place in a galaxy far, far away, (you’ve probably got “DECEMBER 18” circled in red on your calendar, and may have stood in line for advance tickets - kudos to you, mama). Once you have ridden the Millennium Falcon again (and maybe once more for good measure), what else will you do with those long days of winter break? Here’s the schedule family-friendly releases for those days when a movie seems like a really, really good idea.

The Peanuts Movie (already released) - with luck you could see this one at your local second-run theatre, if you can hold off the begging to “see it right nowwwww”. Charlie Brown and his crew are back as we’ve never seen them before, but the Little Red Haired Girl still plays an important role in Charlie Brown’s world. Rated G.

The Good Dinosaur (Release date 11/25/15) - a sweet offering from Pixar that imagines what the world might be like if the dinosaurs had never been wiped out and humans had gone through time with giant reptilian pals. Judging from the preview, this one looks like it might have been meant to be a direct-to-video, but hey - there’s no movie theatre popcorn at home. Rated PG.

For Teens (or you)

Hunger Games: Mockingly Part 2 (Release date 11/20/15) - the thrilling conclusion in the series that launched J Law into the star stratosphere sees Katniss finally confronting President Snow while a revolution unfolds around and because of her. Rated PG.

Alvin & The Chipmunks: Road Chip (Release date 12/18/15) - Remember when Jason Lee used to seem cool and slightly dangerous? As my mother would have said, even Jason Lee has to eat. This fourth outing for the updated Chipmunks says what it does and does what it says. For this child of the eighties, the computer-generated Chipmunks left their charm on the animation cells, but my kids will want to see it. And I might take them, because: popcorn. Rated PG.

Sisters (Release date 12/25/15) The best part about the holidays is that unsuspecting relatives are in town - send the kids for a visit with their cousins/grandparents/family friends and take yourselves to Sisters, starring Tina Fey and Amy Pohler as two sisters who throw a last blow-out house party when they find out Mom & Dad are selling their childhood home. Rated 14A.

When You Just Can't Hack Another Evil Twin 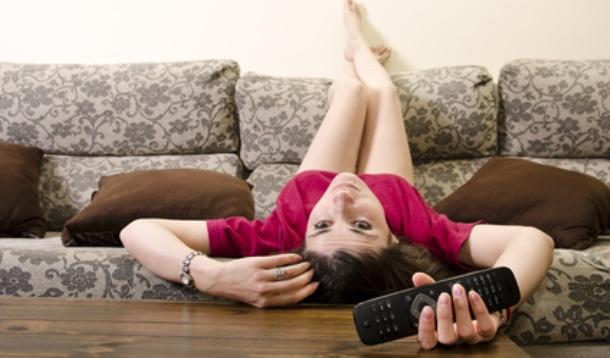 Like any relationship, you enter into it with the best of intentions: some light entertainment, perhaps some drama, something to talk about the next day at work. Before you know it, you’re sucked in, spending your time going over the fine details, frustrated, angry and ready to just walk away. Except you can’t, because they’re there for you, week after week - maybe even day after day: soaps.

My guilty pleasure at the moment is Scream Queens. It's not truly a proper soap, but it definitely owes a lot to soaps: ridiculous plot twists, deaths, and over-the-top performances that all come together in one deliciously gooey pot of cheese. The good part: Scream Queens has an imminent end. Not so for many of our favourite serial families, and that can be… a problem.

How to know when to quit:

Soaps are the television mafia: just when you think you’re out, they pull you back in! I first fell into the web of Days of Our Lives when I was home with the chicken pox (in 11th Grade, thank you weird immune system) and that was great…until it led to furtively sneaking down to the student lounge at noon and watching to get my fix between classes at university.

Determined not to go down that road again, I banned myself from any soaps when I was home with my wee ones, which led to a new relationship with the Food Network, which is about actual gooey cheese.

Or, remember it’s all a bit of harmless fun and you deserve to escape to Salem, Genoa or wherever you want with your precious "me" time. Just please don’t call me the next time Marlena gets possessed.