Does the battle of the sexes still apply to the TV? You don't get to call yourself "Queen of Screen" without wielding the remote with a sense of confidence, competence and complete command of the digital TV guide. There's no battle at my house - even while we're actively watching, the remote rests with me. But it occurred to me when talking about TV with friends that our house may be a minority, and a lot of modern advertising would have us believe the same thing: men are in charge of the remote. It's part of the whole gender division of which toys are for big boys. Televisions, and by extension, their remotes, are generally pitched as belonging to the one in the house who pees standing up.

There are many recent studies showing that despite public (and advertising) perception, women are now the chief decision-makers within the home (read one recent poll result here.) That would include buying and using the television, right? Yet the debate continues, in some homes vociferously, about who gets to use the magic stick when couples watch together.

It could be something to do with viewing tastes. I live in a house with a tall dude and two small ones, but none of them are sports fanatics or mega superhero devotees so we may just be the happy minority who can generally choose our TV together and live with it (there's also a lot of second screen use happening). But in a home where it's The Bachelor versus The Roosevelts or even which DVR show to choose together, I can see how things might get heated...and the one holding the remote is the winner. I know a lot of couples that solve this with his & hers screens, but we remain a staunch one-screen household and a lot of others are the same, whether it's for family or economic reasons. All right, we cheat a bit and have a little bedroom TV just for watching the late news, because one does get so sleepy.

Is it about just knowing how to use the darn thing and activate all of the infernal tech connections that are necessary just to watch something these days? Come on ladies, we plan an entire family schedule and juggle twenty-five other things. It can't be that hard. (Though relaying tech support to grandparents or the babysitter over the phone while at a restaurant does speak to a need for some serious universal operation agreements that would make everyone's life easier.)

Maybe it's the simple joy of holding something that allows you complete control over something, even if it's just a little button and some images on a screen. But don't get me started on the channel flipping. That drives me nuts - and it's usually when I'll politely suggest that I hold the remote.

Who holds the remote at your house?

Check out our tech gift guide (for guys) and note that it includes a programmable remote. And speaking of guys, these are our favourite TV dads. 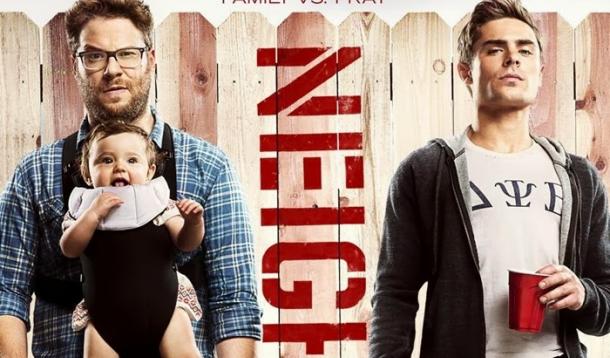 Are You Watching: Fox's 'Utopia' Opens With Tepid Ratings

Are You Watching: Fox's 'Utopia' Opens With Tepid Ratings

I had high hopes for you, Utopia. Maybe we all did—it is utopia, after all.

My television utopia is entertaining, slightly titillating without bordering on offensive or degrading, and definitely escapist fun. If I'm letting the dishes "soak" while I tune in, it needs to be really worth that hour I'm giving you while I should be filling out permission forms and making lunches.

So far, Utopia, you're disappointing, and your ratings are showing it. While it's not uncommon for ratings for a new show to dip a bit as the season really gets started, you're hanging out in the basement of ratings for shows.

The hubs and I eagerly tuned in based on our love of a much better-designed actual social experiment called The Colony that ran on Discovery a few years back. The inhabitants, total strangers, had to take care of themselves, build a society and a shelter, and deal with random threats thrown at them by the producers, including a group of "others" who would occasionally show up to raid camp. There was a heavy scientific slant, and a bit more talk about electrical and trenching than I wanted to hear, but you really got the sense these people were on their own.

Utopia is much more like a cross between Big Brother and Survivor, but with only the super embarrassing brawls and all of the ugliest human behaviour on display, yet none of the remotely interesting scheming. Frankly, America, your Utopians are making you look bad. And the much-vaunted "social experiment" of bringing strangers together to create a society of their own making is pretty weak, given that the location is an idyllic slice of California ranch land with a pre-built shelter, running water (all they had to do was run some hoses for plumbing), and easily connected power (solved in the second episode! Amazing!). Which leaves an awful lot of time for people to get drunk (on supplied as well as "personal item" liquor), get naked, get into fistfights and make inappropriate advances. (Definitely not appropriate for younger viewers and I would even hesitate to watch with a teen, because most of them are better behaved than the cast of this show.)

I was hoping for a little more work to be required, a little less stereotypical arguing (at least 10 of the 14 inhabitants have been labelled a "hothead" by another inhabitant), and a bit more actual danger or hardship that would force these people to actually work together instead of starting cutesy romances and arguing over the merits of quinoa versus canned tuna.

Asking two nights out of my week to follow the adventure is starting to feel like a heavy commitment—not what I'm looking for in that golden hour I get to myself before bed. Given how much time and promotion (there's an app!?) went into this experiment, FOX may stick with it for at least a while longer. But will we do the same?

Utopia airs Tuesdays and Fridays on FOX. Plenty of other new shows coming up right away—check out our Fall TV Preview.

Jennifer Rathwell: The Queen Of Screen The Top 5 Retro Classic Family Movies For The Cabin

Jennifer Rathwell: The Queen Of Screen And the 2015 Academy Award Nominees Are...