Ghostbusters Is Back In Theatres—This Weekend Only!

Who Ya Gonna Call?

Ghostbusters Is Back In Theatres—This Weekend Only! 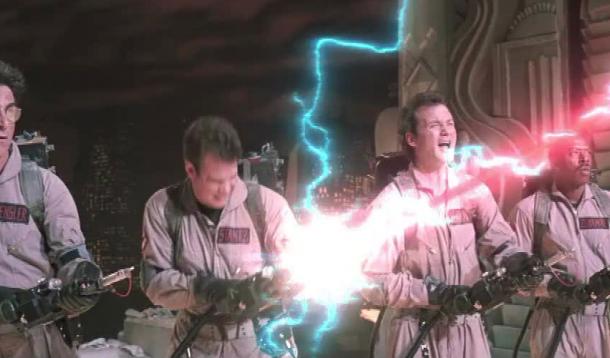 I've been blogging here long enough now that I feel it's time to confess who I really am—a super-mega, ultra Ghostbusters fan.

Maybe it's because it's one of the first "adult" movies I was allowed to see, or the extra thrill of seeing it at home on the VCR my dad RENTED from the movie store so we could watch the wiggly, soundtrack-compromised rental VHS in all its glory... 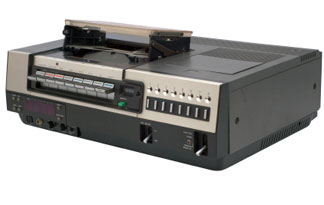 ...whatever the reasons, Ghostbusters occupies a special place in my heart as a near-perfect action comedy, the kind we don't get anymore without it being all winky-faced and self-referential and, "Look, ha ha, we're in an action movie, how silly." This is a master work from a pile of gifted comedians who played it absolutely straight so we could have the benefit of the cheers and thrills, as well as the laughter.

I know I'm not alone, because in celebration of the film's 30th anniversary (whaaaat?), it is being re-released theatrically for this weekend only. I have plans to be there, popcorn in hand, seeing the Stay Puft Marshmallow Man in all his silver screen glory. It will take a lot of will power not to shout along with every line of the film and maintain my good theatre-goer manners, but I wonder if it even matters in a case like this. The very idea of sharing my thirty-year affair in the dark with a bunch of strangers who also know all the characters' last names is pretty thrilling. Maybe we'll all be murmuring, "That's a big Twinkie!" along with Winston Zeddemore (Ernie Hudson).

Now, the cynical types may pooh-pooh these kinds of (rather obvious) money grabs from beloved franchises that have stood the test of time, but I can't say I blame Hollywood or theatre owners for doing what works in this fragmented, on-demand era of entertainment. Because, as we can never recognize it while living through a golden age, the films of the 1980s are just beginning to prove themselves as classics, even though we might giggle at the occasional man-perm or giant shoulder pads.

The market for nostalgia is pretty strong for things from childhood, no matter when you grew up. And because I'm a child of the eighties, I will be yelling, "Annnnnd the flowers are still standing!" right alongside Peter Venkman (Bill Murray) when he's yanking the tablecloths away and fighting ghosts. And my seven-year-old son will be yelling along with me.

Who ya gonna call?

Ghostbusters made our list of Top 5 Retro Movies for the Cabin, as well as our list of Memorable Movie Theme Songs.

We predict a vast reduction in parental Netflix time 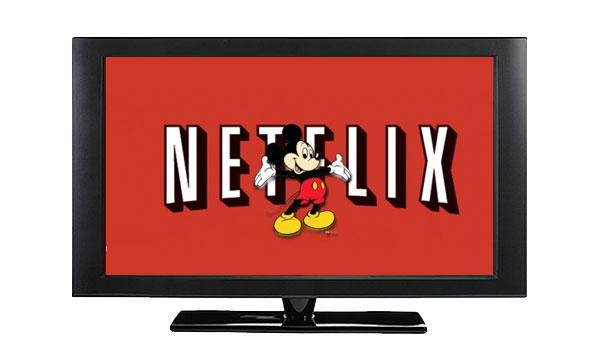 The mouse is out of the bag and will be coming to your streaming console—Netflix announced that it will offer Disney content in Canada starting in 2015.

Besides the fact that you will now likely have to give up even more of your own time screening Orange is the New Black to spend quality time with Anna, Elsa, and Olaf, this feels like a definitive move from an entertainment giant that says streaming is winning the home entertainment evolution. (Still waiting for the wall that's a TV, but I'm sure it's coming.) Disney's theatrical releases will get to Netflix eight months after their release dates, which will still be slower than On Demand programming, but fairly speedy in terms of content on Canada's version of the streaming service. The content will also include everything in the Disney stable, from Marvel to Lucasfilm and Pixar.

This may just be the last generation of kids to get a few kicks from pulling out all the DVDs from the entertainment unit. Has anyone else noticed the shrinking area devoted to hard format media in their favourite big box stores? The bargain bins are beginning to be piled high with DVDs and even blu-Ray discs (remember caring about that?) as more and more people turn to the cables and wireless to bring them their entertainment.

I'm old-school enough that I've already replaced my all-time faves once in the great death of VHS. Now I suspect that my lovingly collected pile of digital video discs will look a lot like garage sale fodder in the next few years. Or I may just hang on to them—after all, vinyl came back, right?

Still clinging to your DVDs or VHS tapes? We've got Everything You Need to Know About Netflix. If you're still singing "Let it Go," there's a support group for that. 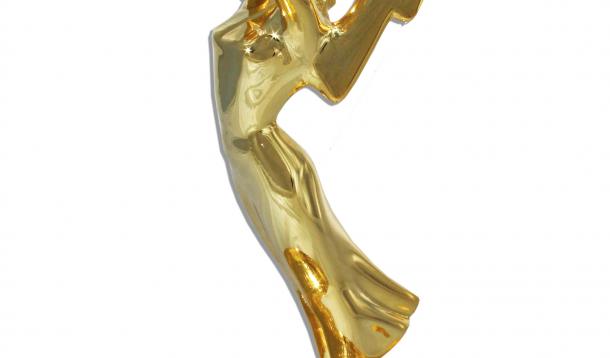 The jokes are written, the dresses chosen, the tuxes are...removed from their garment bags. The 66th Primetime Emmy Awards air Monday, August 25 (I always wonder if the Daytime Emmy folk just sit home in their sweatpants since their ceremony is long since done with).

With a huge slate of nominees drawn from the edgy cable shows, new host Seth Meyers, and some guaranteed bittersweet moments with a tribute to Robin Williams by Billy Crystal, there should be some fairly entertaining TV about TV.

Here are my Queen of Screen Predictions in the major acting categories:

Lead Actor in a Drama: Bryan Cranston for Breaking Bad or Matthew McConaughey for True Detective. It's the last chance to honour Crantson's work as Walter White but he went home with the statuette last year so voters might be in the mood for someone on the other side of the law.

Supporting Actress in a Drama: Anna Gunn walked away with it last year for Breaking Bad...could Lena Headey grab some Game of Thrones glory? And if she doesn't, will the other nominees be invited to a deadly after-party?

Supporting Actor in a Drama: Some of the best work all year is in all six of these nominees' performances, but since a six-way tie is unlikely, Peter Dinklage's Tyrion Lannister (Game of Thrones) is such a fan favourite that it's not hard to believe Emmy voters are fans as well.

Lead Actress in a Comedy: Amy Poehler in Parks and Recreation, which is approaching its last season, may be the sentimental (and deservedly so) favourite. And people still haven't decided if Orange is the New Black even belongs in comedy.

Lead Actor in a Comedy: If voters are feeling sweet, Ricky Gervais for Derek. If they're salty, Louis C.K. for Louie.

If it were up to me, the rest would just go to the writers and cast for Veep. And maybe Cranston, Aaron Paul and Julia Louis-Dreyfus for this Emmy promo/pawn shop show parody.

What do you think? Agree? Disagree? Leave your comments and predictions and join the conversation: I'll be tweeting the ceremony @JennZap and you can search #YMCEmmys.